The elections of April 2019 were marked by a historic low in the participation rate of Arab citizens. According to the CEC, only 49.2% of eligible voters in Arab and Druze communities voted. For 20 years, Arab society's voting rate in Israel has dropped by more than 25 percent. The national voter turnout also declined during this period, but only by 10%. The increase in voter turnout among the Arab population in the 2015 elections is therefore the exception to the general rule. 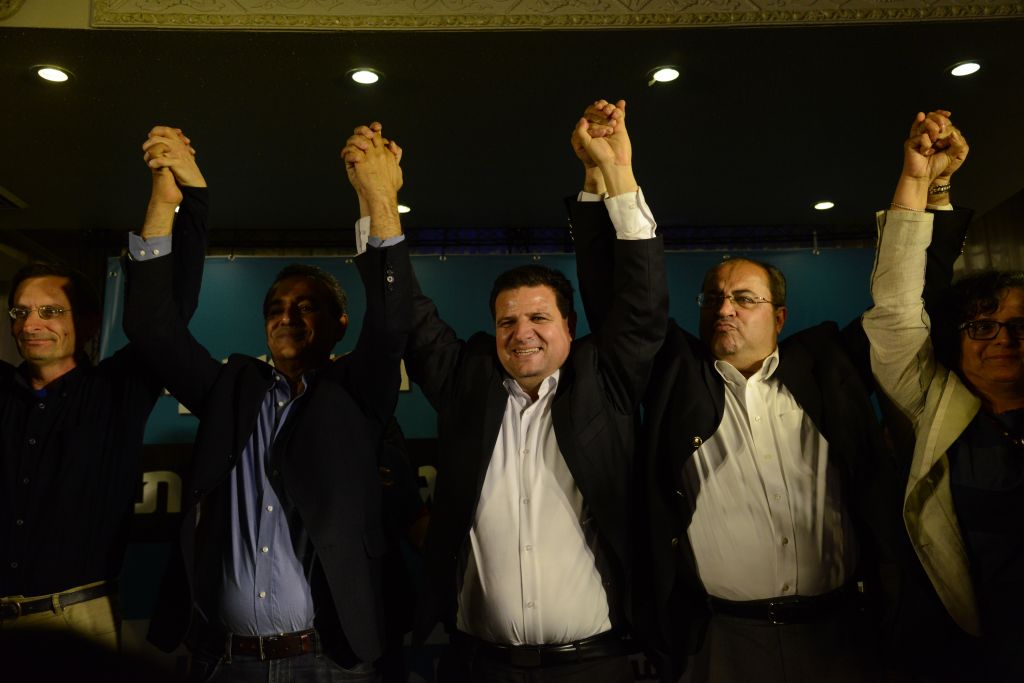 According to data provided by the Central Elections Committee, 49.2% of the eligible voters in Arab and Druze localities voted in April. Over the past 20 years, the Arab turnout has dropped by more than 25 percent. It is true that the overall rate has also declined over these two decades, but only by 10 percentage points. The rise in the Arab turnout in 2015 is an exception to the general trend.

Analysis of the April voting patterns indicates that the bulk of the vote in Arab localities went to the two Arab political blocs—Hadash-Ta’al and Ra’am-Balad. The Jewish lists – Meretz and Blue White – each garnered one Knesset seat from Arab voters. The other Jewish parties—Labour, the Likud, and Shas—saw their support among Arab voters drop significantly as compared to previous elections.

The real story of the April 2019 elections took place outside the voting booth. In the Arab sector, the Movement to Boycott the Knesset Elections, a grassroots group made up of Arab young adults and university students, working on social networks with a shoestring budget, conducted an effective campaign with a simple and catchy slogan: “Boycott: The People’s Will.” This message stood in utter contradiction to the motto of the elections in 2015: “The Joint List: The People’s Will.”

Around half of the eligible Arab voters (51%) stayed away from the polls on Election Day.

• About 10% boycotted for ideological reasons.

• 10% stayed home because of political apathy or because they were physically unable to get to their voting station.

• Most of the non-voters—about 30%—simply decided not to vote.

What lay behind this behavior?

More generally, in relating to Israeli politics, non-voters’ arguments took the form of, “If this is the democracy of the Jewish state, we don’t want a hierarchical democracy”; or “Even if the Arab turnout would have been 75% and the Arab parties had won 15 or 16 seats in the Knesset, the Arab Knesset members are not seen as legitimate—not only by the far right, but also by Blue & White.”

So what’s the key to changing this attitude in the coming elections?

We must note that the political barometer of Arab society is in the hands of young adults, aged 25 to 34, who are deeply involved in Israeli life and with strong opinions. Among them, the percentage undecided about voting on Election Day is lower than among other age cohorts, which says something about their mature and stable political awareness. They want to see “results on the ground,” and condition their support on politicians’ keeping their promises.

A comparison of the data from two polls conducted before Election Day in April 2019, the first in January (after Ahmed Tibi’s Arab Movement for Renewal [Ta’al] seceded from the Joint List), and the second in March (after the factions had submitted their candidate lists to the Central Elections Committee), reveals a clear and dramatic change in the positions of Arab young adults: As long as all hope of mending the breach and restoring the Joint List had not been lost, they expressed a positive attitude about casting their ballot on Election Day. But the moment unity was dead, things turned upside down. The idea of a boycott made headway among this group, aligning them with the younger cohort, those under age 24, who were already planning to sit out the elections to protest Ta’al’s secession from the Joint List. It is certainly plausible that the boycott by the younger generation (ages 18 – 35), who constitute 45% of the Arab electorate, lowered the Arab turnout by almost 10 percentage points, which is equivalent to two seats in the Knesset.

Source: Surveys conducted by the Yafa Research Institute for the Konrad Adenauer Stiftung

Source: Surveys conducted by the Yafa Research Institute for the Konrad Adenauer Stiftung

It isn’t often that politicians get a second chance. It is even rarer for some politician to get another second chance. The Arab politicians in Israel are now gearing up for new elections on September 17, 2019, only a few months after the last round. It is uncertain whether the Joint List of the four Arab parties will be reconstituted, but in any case this time the game will be very different. New players who claim to represent the people’s will are entering the field. For now we can only wait and see whether the Arab electorate responds favorably and whether its turnout increases.