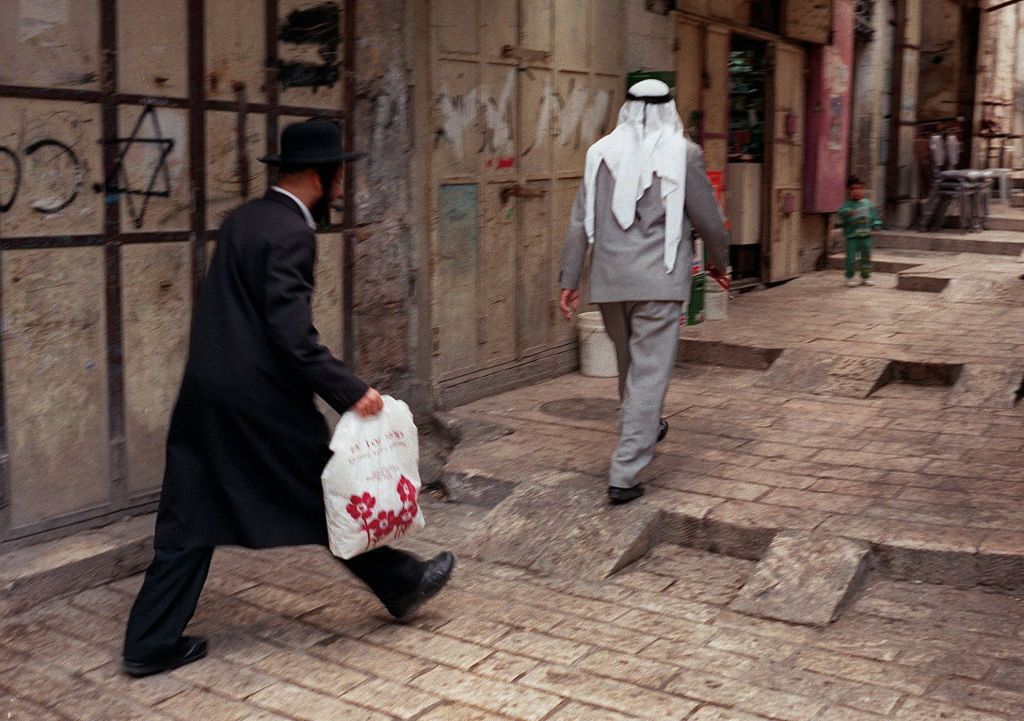 Crisis situations reveal a great deal about any society, both its good sides and its bad. Accordingly, the coronavirus epidemic has shed light on the strong spirit of volunteerism in Israeli society, but also on its more negative traits. Undoubtedly, the worst of its traits came to the fore in the ultra-Orthodox community and its reaction to the emergency orders issued by the government: the infuriating attempts to outsmart and disobey these orders without getting caught, as if the main danger involved in doing so was the possibility of being fined by a police officer rather than the danger of infecting one’s family, friends and neighbors with the virus, and putting their lives at risk.

The crisis clearly highlighted the split within ultra-Orthodox society. On one side of the spectrum — are the “new ultra-Orthodox,” who have internalized an Israeli identity. They clearly understood the importance of following instructions from the get-go, and even the importance of contributing to the greater good of society as a whole. On the other side of the spectrum, are the “old ultra-Orthodox,” who still comprise the majority of ultra-Orthodox society and include many of the older generation, but also some younger groups. Many of these younger people have recently “found religion” (baalei tshuva), and in any case live on the margins of the community; they have found social and communal support in ultra-Orthodox society that they were sorely lacking, a sense of belonging to a greater family, and they certainly have no intention of rebelling against its norms.

Claims that the ultra-Orthodox were unaware of the government’s public health orders are unfounded. The community’s social network is at least as quick and efficient as Mark Zuckerberg’s. Its members are usually up to date on every tidbit of political or social gossip. The fact that many among the ultra-Orthodox sought to hide and camouflage their non-compliance indicates more than anything else that they were fully aware of the restrictions in place.

So it was not a lack of awareness at play here, but rather a combination of two very different factors. First, it must be said that the ultra-Orthodox community has suffered from the public health orders more than any other population. Not only is this a group for which community life is at its very essence; but the restrictions also hit at the most fundamental components of its identity, such as group study of Torah, prayer in a quorum of ten men, and ritual baths. Dealing them such a blow is unthinkable among the community. The response of the ultra-Orthodox brought to the fore that, in contrast with the widely held perceptions of the community, it holds tradition higher than it holds halakha. If asked explicitly, any halakhic authority would unequivocally have ruled that everything should be set aside for the sake of saving lives. But the ultra-Orthodox community, which despite the fact that it attributes divine significance to adherence to the strict letter of the halakhic law, ultimately chose tradition over halakha in order to safeguard the symbols of its identity as passed down from generation to generation.

The second factor underlying the noncompliance of the ultra-Orthodox community to the government’s health orders is its historic suspicion of any decree issued by any source that is not ultra-Orthodox. For quite some time, the feeling was that these instructions were not coming from the community’s own representatives, but were being forced on them by the secular authorities, and perhaps reflected no real need, but were rather a way of exploiting the coronavirus epidemic to once again oppress the community of the Torah’s true defenders.

Herein lies the great, unforgivable sin of the ultra-Orthodox leadership, especially of its political leadership. The latter is very much involved in the workings of Israel’s governing institutions, and knew very well that the public health orders were a matter of life and death rather than some anti-religious decree. But the choice made by the ultra-Orthodox Minister of Health and his political allies to focus on attempts to exempt their community from the restrictions imposed on the rest of Israel’s citizens, rather than impressing the seriousness of the situation on their constituents, is a betrayal of their own community. They presented the orders to their constituents as a “decree of the Tsar,” to be resisted and opposed; and it is their own community which will pay the price. Thus, the public’s fury—both that of general Israeli society and of the ultra-Orthodox community itself—should be directed at the ultra-Orthodox political leadership, which not only failed, but actually betrayed its community, at such a critical hour.

2. We’re All in This Together

In contrast to what went on in ultra-Orthodox society, it has been fascinating to observe a completely different, almost contradictory process among Israel’s Arab public. In recent years, many comparisons have been made between these two communities, most of them to the detriment of Arab Israelis. These are two communities that share a number of common cultural features: a high birth rate (which is now declining in the Arab population); a preference for traditional family and tribal structures, and more. On the face of it, they also share an ideological common denominator, in that historically, they both rejected the Zionist consensus, on which rests the identity of most Israelis. But very recently, in the public debate on the possibility of forging political partnerships with the Joint List, it was repeatedly stated that the objections to Zionism of the ultra-Orthodox community, which still maintains a sense of Jewish national fellowship and which certainly does not aspire for the failure of Zionism, were very unlike the Arab community’s objections to Zionism, in that the latter actively seek to replace Zionism with a state with no Jewish identity, and possibly even with no national identity at all.

Then came the coronavirus, and turned everything upside down. . At least at first, the ultra-Orthodox sought to shirk their responsibility for the general public, while it was the Arabs who were committed to the national common good, with almost no opposition among the Arab population to the public health orders. Indeed, the main complaint in the Arab sector centered on the insufficient allocation of resources to enable fuller compliance with these instructions. In addition, the fact that there is such an impressive Arab presence in the medical, nursing, and pharmacy professions—which are the most prominent occupations in the current crisis—contributed to the sense that Israel’s Arab citizens are full partners in this struggle, which (of course) was not the case in the country’s wars.

Interestingly enough, this raises the fundamental question of why so many young Arabs choose these professions in the first place. These recent events have perhaps shown that the choice of young Arabs—similar to that of their ultra-Orthodox counterparts, who also have become prominent in recent decades in paramedical occupations that do not require academic study— to enter paramedical professions, is an expression of their desire to integrate more fully into Israeli society, to play a significant role in it, and to hold positions of responsibility. These are not jobs held by people who care only about themselves and their community, but rather—require engaging with, and even contributing to society at large.

It is interesting to note that the Joint List has also played a different role during this crisis, than in the past. It has largely skirted the issue of the impact of the coronavirus on Palestinians in the West Bank and Gaza, or even on the Arab Israeli sector. Instead, its members have adopted attitudes and positions focused more on the general public. This has included the faction’s choice to hold the chair of the Knesset Labor and Welfare Committee, as well as the impressive stance taken by Arab MKs on a range of urgent social issues not limited to the Arab community, such as the plight of the country’s students and of those self-employed.

This is undoubtedly related to the List’s unprecedented political achievement in gaining 16 Knesset seats, but also to the Arab parties’ inability to cash in on this achievement and become a legitimate part of future government coalitions This is due to the long-standing anger among the Israeli public at the faction’s support for nationalist Palestinian causes, including even terror. It would seem that all the different member parties of the Joint List are committed to the new strategy laid out by the faction leader, MK Ayman Odeh, which seeks to turn the party into the spearhead of the new Israeli Left—one that focuses not only on the plight of the Arab sector, but on the plight of all the country’s vulnerable and disadvantaged populations. We are facing a historical irony: at a time when the Jewish Left is fading away, after years in which it focused almost exclusively on the rights of Palestinians and the LGBTQ community, it is now being replaced by the Arab parties as a leftwing force standing up for the vulnerable. The Joint List even vehemently denounced the recent “incitement” against the ultra-Orthodox community.

Odeh and his colleagues would not seem to have any intention of publicly reneging on the strident, nationalist positions they have voiced in the past. But in practice, they are now emphasizing new approaches, which will gain support not only with longstanding voters, who have for quite some time wanted the Joint List to focus on the daily issues they face, instead of on empty propaganda on behalf of the Palestinians. These messages are also likely to be welcomed by many Jewish voters who are desperately seeking to restore the strength of the floundering Left, and will perhaps be happy to find the way to do so with Odeh and his partners.