During Operation Protective Edge, the Israel Broadcasting Authority rejected the broadcast of an infomercial in which the names of Gazan children who were killed in the conflict would have been read aloud. IDI Vice President Prof. Mordechai Kremnitzer discusses the High Court of Justice's decision not to overturn this rejection. 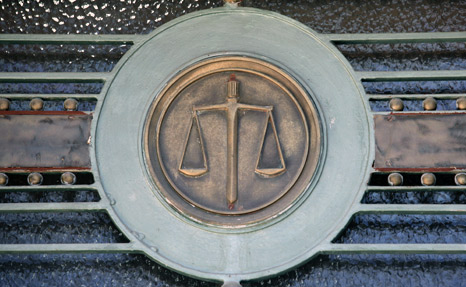 The Israel Broadcasting Authority had no problem approving the broadcasting of two infomercials geared at winning hearts, one by Chabad and the other by an organization espousing national unity. In contrast, when it was asked to approve a broadcast by human rights group B’Tselem, which wanted to read out the names of some of the Gazan children who were killed during Operation Protective Edge, it refused to do so. A petition to the High Court of Justice to overturn this decision was denied on the grounds that this was a politically divisive topic.

The ruling did not include a discussion of whether there do exist categories of apolitical values that cannot be disputed in an enlightened country. These categories include universal humanist values, at the core of which is the equality of value and sanctity of all human life. This value leads to the concept that the death of anyone not involved in a war is an evil that, even if unavoidable, should be minimized. Even when every effort is made to limit such deaths, they are still lamentable. It is worthy and important to express regret for these fatalities, in order to maintain the understanding that they are evil and to prevent people from getting used to them, thus undermining this truth. Anyone who doesn’t feel sorrow at the death of a child killed in war, even one on the other side, is lacking in feelings of shared humanity. If there are many such people, something very basic is missing in the cultural, educational, leadership and media systems of such a society.

It appears that Justice Elyakim Rubinstein shares the position that there are certain universal human truths. It is otherwise difficult to understand his words regarding the attitudes towards innocent people in times of war. He wrote that "as human beings, we deeply regret the loss of innocent lives in Gaza." He also wrote that in conducting its just war against a cruel opponent that is indifferent to the blood of civilians, "Israel must be cognizant of the distress of innocent people on the other side, including children." If anyone wanted to broadcast these words during a war, would the judge then become a politically controversial figure?

Justice Rubinstein attributed political motivations to B’Tselem, claiming that their intended broadcast was aimed at stopping the war. This attribution is contrary to the moral objectives of the organization, and was used only as a basis for the judicial decision. But the decision has no basis, conforming to a growing trend which attributes left-wing politics to anyone articulating universal humanist statements. The same type of tendentious and false attribution could be applied to Rubinstein’s words as well.

How sad and embarrassing that in present-day Israel, one cannot broadcast a simple humanist message that a child in Gaza is first of all a child, even during a war. He is a person, he has a name. His death saddens anyone with a shred of humanity. How sad that every message gets a political label, that universal humanistic statements are depicted as controversial. If everything is disputed, what is common to Israel’s citizens? In what sense is it a human society?

The court had a golden opportunity to sketch for Israel’s society some basic human characteristics which cannot be disputed, which are above politics, which make us human, constituting the basis of everything else.
The court had an opportunity to elevate itself above the vulgar discourse currently prevalent in Israeli society, which labels everything as political, while suppressing any universal discussion in the service of exclusionary, particularistic messages which elevate our status while denigrating that of others.

The court had an opportunity to salvage the Jewish nature of this country, both national and cultural, protecting it from its destructive interpreters who impose on it a seal of racism and ultra-nationalism; from those who remove from its Jewish character any universal humanistic feature, who undermine it while corrupting and distorting it.

The court also had an opportunity to place itself in opposition to the discrimination against such messages, in favor of messages espousing particularist national content, as was the case in this instance. The Broadcasting Authority and other agencies learned from this ruling that such discrimination is acceptable, since it can only be stopped by petitioning the High Court. In effect, this ruling encourages discrimination. It is part of the current bon ton, by which any narrow national or religious message is legitimate, even if extreme, whereas any universal message is automatically suspect, patently anti-patriotic, possibly treasonous and certainly controversial, one that should be kept at a distance.

The court did not meet the challenge. It missed the opportunity. It contributed to a culture that denies humanistic universalism, labeling any such message as a left-wing counterpart to the racist proclamations of the right.

There is a gap between the words preached in the ruling and the unfulfilled practice in reality. This gap poses a worrisome, painful question regarding these just words: Were they written only as a decoration, out of a sense of duty to morality? Was this an empty demonstration of clean hands? Can one still hope that it wasn’t only that?

The author is a member of the public council of B'tselem – The Israeli Information Center for Human Rights in the Occupied Territories.

This article was originally published in Haaretz on September 1, 2014 and has been reprinted with permission. © by Haaretz, 2014.