In the following op-ed, IDI Senior Fellow Admiral Ami Ayalon, Project Head Rabbi Dr. Benny Lau, and Shira Ruderman of the Ruderman Foundation, which supports IDI's Human Rights and Judaism project, stress the need to for direct encounters with people with disabilities that will dispel the fear of the Other and the Different. 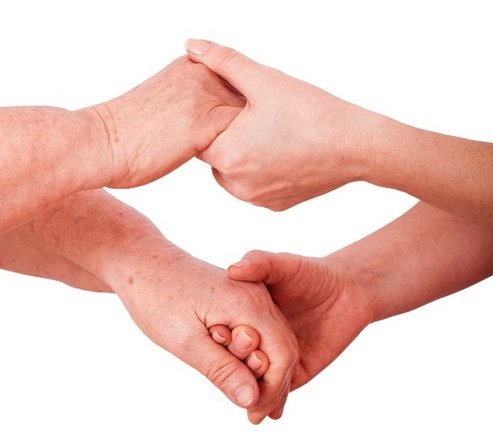 Note: The following op-ed was published in the Hebrew daily Maariv on February 18, 2014, in honor of the annual donation day of AKIM, the National Association for the Habilitation of Children and Adults with Intellectual Disabilities. Ironically, on the very same day, shots were fired at an AKIM residence for intellectually disabled people in Tel Aviv, making the call for a shift in attitudes toward people with intellectual disabilities, and indeed anyone who is Other or Different, even more timely and important.

Imagine this: A man opens his front door and sees his new neighbors. With a quick and cautious glance, he classifies them as "Other." His brain immediately warns him: "Danger! Abnormal people ahead!"

Various surveys, including the Index of Inclusion of People with Intellectual Disabilities recently released by AKIM, reveal that many members of Israeli society are gripped by a paralyzing fear when they meet people with intellectual disabilities. They respond by withdrawing, staying within the bounds of the familiar, and rejecting those who are perceived as "Other" and "Different," in one way or another.  In extreme cases, a mayor may forcefully exclude people from his town or residents may chase away disabled neighbors for fear that their presence will lower property values.

But there are also other stories in Israel that show that things can be different.

These inspiring examples all stem from a worldview that sees human beings—all human beings—as created in the image of God. Our assumption is that society's negative attitude toward the Other and the Different stems from a lack of knowledge. It originates in social and intellectual ignorance, unfamiliarity, and unjustified prejudices. Our society must understand that it is wrong to lock up people with disabilities in separate facilities and closed institutions.
It is important to internalize this simple insight: When you know someone as a person, you see the human being inside them rather than their disability.

Creating a better society demands inclusion—in education, employment, housing, recreation, and all other aspects of social life. It is only when children without disabilities meet children with disabilities at the same school that they get to know them, relate to them as equals, help them, and become enriched from the experience. Through such encounters, it will become clear to us that diversity is a great advantage and we will come to the understanding that building a better society starts with inclusion.

Inclusion of people with disabilities should be motivated not by pity but by the realization that including people who are differently abled makes us better as individuals and as a society. The encounter with people who are Other or Different allows us to get to know them, to see beyond their physical defects, handicaps, or weaknesses, and to discover their inner human beings. More importantly, such encounters allow us to discover our own humanity, and make us better ourselves.

Every person has something that others lack. Consequently, an encounter with the Other is a blessing, as it allows us to complete what we are missing, improves us as human beings, and enriches us as a society. A closed society that guards its members fanatically generates fear, which in turn creates hatred, which leads to exclusion. In contrast, an open society that recognizes the hidden light inside each and every human being stimulates curiosity, which in turn creates learning, which leads to knowledge. Difference, thus, is a major source of value.

Only if we all join together and build a society in which people with intellectual disabilities can live among us as equals will we be able to realize AKIM's motto that "an inclusive society is a strong society."

The mayors of Ashdod, Baqa al-Gharbiyya, Ra'anana, Jerusalem, and Dimona—the cities that ranked highest in the 2014 Akim Index of Inclusion of People with Intellectual Disabilities—show us the direction we must follow in order to create the diverse mosaic of humanity to which we should aspire.

The Israeli Education Ministry has placed "The Other is Me" on its educational agenda. But all the talk in the world will not reduce the paralyzing fear that we experience unless we encounter the Other up close and in person. This fear of the Other is found in all parts of society, as we know both from research and from personal experience.

Most people would like to rid themselves of this fear and live a life of love and light. Shattering the walls of separation and segregation between people is the key to emerging from the darkness. One encounter with a person who is Other is enough to reduce our level of fear. A second such meeting has the potential to completely reverse the initial situation.

These steps will lead us to what is most important: to have no fear.

Rear Adm. (res.) Ami Ayalon, is a Senior Fellow at IDI, where he heads two projects: the Human Dignity in Institutions project and Liberal Democracies Facing Asymmetrical Conflict. He is also chair of AKIM, the National Association for the Habilitation of Children and Adults with Intellectual Disabilities.

Rabbi Dr. Benjamin (Benny) Lau, heads IDI's Human Rights and Judaism in Action project and is the rabbi of the Ramban Synagogue in Jerusalem.

Shira Ruderman is the Executive Director of the Ruderman Family Foundation, which supports IDI's Human Rights and Judaism project and initiatives to integrate people with disabilities in the community worldwide.

This article was originally published in the Hebrew daily Maariv on February 18, 2014.