Each year, the Israel Democracy Institute checks the health of Israeli democracy by means of the annual Israeli Democracy Index. In an op-ed in Yedioth Ahronoth, Prof. Tamar Hermann discusses the 2013 Index, which was submitted to President Shimon Peres on October 6, 2013. 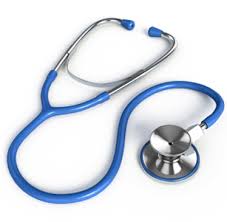 Once one reaches a certain age, doctors recommend periodic check-ups, in order to detect any health problems at early stages and make treatment more efficient, in the spirit of "an ounce of prevention." The same is true of the political system. Since a number of years ago Israel reached the age at which periodic exams are recommended, the Israel Democracy Institute has been conducting an annual survey to determine the "health" of Israeli democracy. On October 6, 2013, the 2013 Israeli Democracy Index was published and submitted to the President of the State of Israel, Mr. Shimon Peres.

Since it is impossible to present the full scope of the study here, I will focus on only three areas: confidence in the institutions of the state, the nature of the state, and the main tensions in Israeli society.

This year, a slight decrease was measured in trust in all state institutions and officials. As in previous years, the IDF (90.9%) and the President (78.7%) are at the top of the trust list of Jewish Israelis; at the bottom of the list are the Chief Rabbinate (43 %) and the political parties (36.7%). The top spots on the Arab-Israeli confidence list are held by the Supreme Court (49.7%) followed by the media (48.1%), while the bottom of the list includes the Israeli government (33.3%) and the Prime Minister (31%). A particularly interesting finding in this context is that there is not a single institution or state official that garners a majority of trust among the Arab public this year.

Regarding the nature of the State, in response to a question about the two components of Israel's definition as a "Jewish and democratic" state, we found that while a clear majority of Jewish respondents (74.8%) believe that the triad of a "Jewish-democratic-state" is possible, only about one third (35.2%) of Arab respondents share this view, with the majority feeling that such a combination is not possible. Furthermore, the data point to a continuous change in the relative "length" of the two legs "Jewish" and "democratic" among the Jewish public: the combined definition of Israel as a "Jewish and democratic" state, which used to be favored by the majority, is systematically losing ground, and the number of people who currently favor it is down to only 37%. The percentage of Jews who prefer the "Jewish" aspect of the State's definition is 32.3%, while the preference for the "democratic" element is 29.2%. In other words, in terms of the Jewish public's preference, the popularity of the formal, combined definition "Jewish and democratic" is on the wane, while two exclusive definitions—either "Jewish" or "democratic"—are appealing to an increasing number of people.

As for the main tensions in Israeli society, here too we have found an interesting change. As in the past, Jewish-Arab tension is ranked first, with the largest percentage of respondents defining it as strong; however, in second place this year is the tension between rich and poor, which has replaced the tension between religious and secular Jews, which has moved down one place to third place. In fourth place is the tension between the political right and left, while ethnic tension between Ashkenazim and Mizrahim (Sephardim) is in the fifth and final place. Although this tension is at the bottom of the list, it was found that in comparison to the past, there is a statistically significant increase in the rate of those who define this tension as strong.

And how is the patient—that is, Israel's citizens—feeling? In response to our question "How would you assess Israel's overall situation today?," the most common response in the Jewish sample is “so-so” (43.1 %). In contrast, among Arabs, the most common assessment is negative (39.1%). This is followed by “so-so” (30.8%), with a positive assessment at the bottom of the list.

In light of these results, those who are responsible for the health of Israeli democracy must decide whether dietary changes and increased exercise are sufficient to improve the situation, or whether pharmacological intervention—or even surgery—is necessary.

Prof. Tamar Hermann is a Senior Fellow at the Israel Democracy Institute, the Academic Director of IDI's Guttman Center for Surveys, and the Principal Investigator of The Israeli Democracy Index.

This article was originally published in Hebrew in Yedioth Ahronoth on October 6, 2013.