As the Knesset winter session comes to a close, and a year into the 20th Knesset, the image of the Parliament and its members continues to suffer. On Tuesday, a new caucus will be launched with the purpose of proposing ways to improve the image of the Knesset and its members. The caucus was initiated by MK Elazar Stern (Yesh Atid), who asked that IDI help prepare the caucus agenda. Stern, along with other members of the caucus, received the blessing to move forward with the caucus from President Reuven Rivlin, who last week promised to help the initiative succeed in whatever way he can.

In advance of the first caucus meeting, IDI conducted a special poll, which found that only 17 percent of Israelis believe the Knesset properly represents the stances/will of the public, while 4% said the Knesset "sort of" does so. Some 38% believe the Knesset functions badly or very badly.

Regarding the accessibility of MKs to the public, the poll found disappointing result: 56% of the Israeli public believes that nobody can reach a MK (37% thought the opposite), and 61% believes that even if they turn to an MK, their query will not receive proper attention or treatment.

Statistics from the 2015 Israeli Democracy Index found that the Knesset is among the least trusted organizations by the public (35%) and is third from the bottom among 10 institutions, about which IDI asked questions – far behind the IDF (84% by the general public and 93% by the Jewish public) and the presidency (70%). Trust in the Knesset drop nearly 20% between 2013 and 2015 from 52% to 35%.

"The Knesset is one of the most important institutions in our democratic lives. Strengthening its ability to function and its image in the eyes of the public are of foremost importance to the state," IDI President Yohanan Plesner says. "According to research conducted recently by IDI, only 35 percent of the public trusts the Knesset, which is very worrisome. This must be changed. To do so, we must provide our members of Knesset with improved oversight capabilities and empower them to oversee government authorities, rather than the current over emphasis on dealing with private and populist legislation."

He continues: "In addition, let's fix the party institutions and the way that we elected our political leaders. This process has weakened in recent decades and the public's faith in the parties is at a nadir. There is a direct connection between the quality of the party processes and what is accomplished in the Knesset." 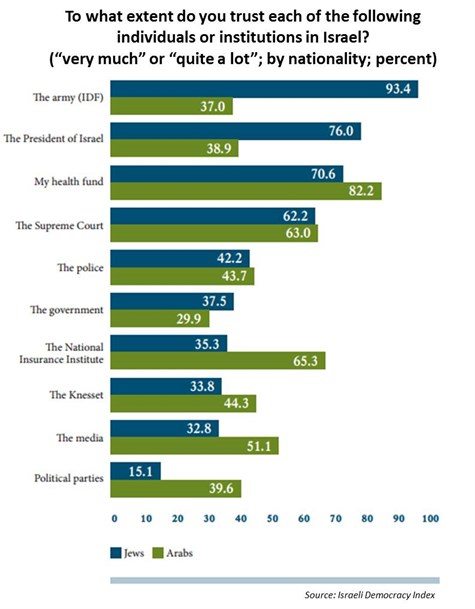 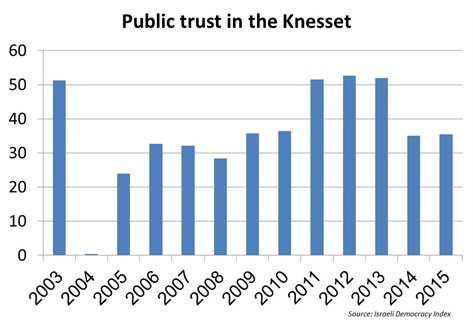 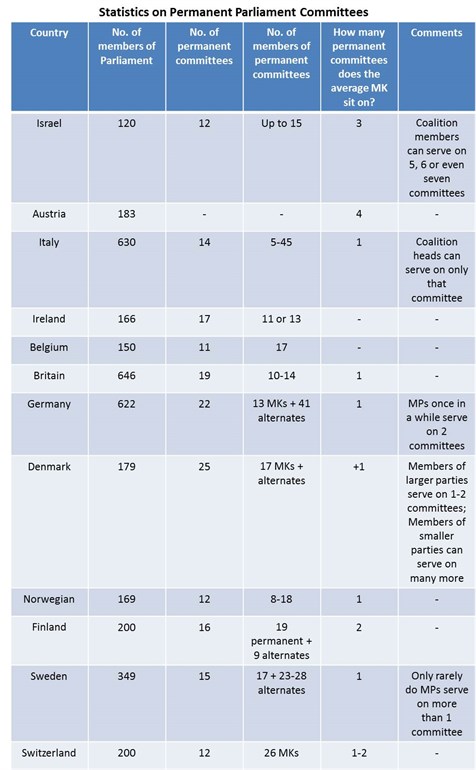 Tags:
Knesset,
the Knesset's role,
Confidence in the Knesset