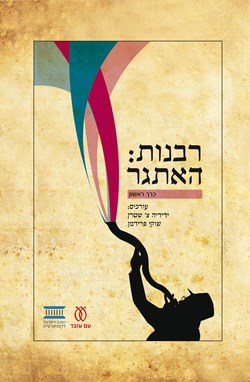 Rabbinical concerns relate to the physical and the spiritual, thought and leadership, halakhic ruling and practice. Despite the changes that have taken place in the existential environment of the Jewish people, rabbis have managed to preserve their central role in contemporary Jewish and Israeli existence, and continue to have an impact on the personal lives of many. This two-volume collection of essays discusses the challenge set by the present-day changes and the rabbinical response to them.

The rabbinate is a multi-faceted public service position.  Traditionally, it has been accepted that rabbis, who are defined as religious functionaries, deal both with the physical and the spiritual, with thought and leadership, and with halakhic ruling and practice. As a result, the potential for the rabbis to influence the lives of others - individuals, communities, the state and the nation - has been very broad. This was certainly the case in the past, when religious consciousness was the central characteristic of the Jewish people, and the position of the rabbis in the wide-ranging Jewish experience was inherently clear.

In recent generations, far-reaching changes have taken place in the existential environment of the Jewish people, changes that presumably should have clipped the wings of rabbinic influence on our lives and diminished the position of rabbis in the public consciousness. Firstly, only a minority of Jews today define themselves as religious, and it therefore stands to reason that rabbis, whose authority is grounded in religion, would lose their special status in the eyes of the public. Secondly, the vast majority of the Jewish people has its home in the liberal universalistic culture, which empowers individual autonomy. This apparently should drain the force of traditional rabbinic authority, which tries to undermine this autonomy by means of theological dictums, halakhic directives, and charismatic license. Thirdly, we live in a post-modern period in which "claims of authenticity" are suspect and every narrative brushes up against an alternative narrative. The rabbis, who want us to accept a particular narrative based on a claim of authenticity, should have difficulty functioning in such a cultural climate. Fourthly, the development of a Jewish national state has created alternative sources of power and influence that overlap with classical rabbinic functions: the Israeli court system has replaced the system of rabbinical ruling; the public education system (including higher education) has replaced the yeshivah world; the political system has taken over the leadership roles that were maintained by rabbis in the past, etc. It would appear therefore that Jewish sovereignty would push the rabbis, as individuals and the rabbinate as an institution, to the margins of the public arena.

Theoretically, each of these four phenomena independently has had its own impact, and their combined force should be even stronger. Nevertheless, there is no consistency between the theoretical picture and the facts on the ground. The reality demonstrates that the centrality of rabbis in Jewish existence - even if transformed - has been preserved. Their influence is noticeable not only in the study hall and the synagogue, but in all spheres. They are involved in the private lives of many, even those who are not religious, who "made for themselves a rabbi" in the broad sense of the idiom. Thus, even if a rabbinic ruling only binds people who have a religious worldview, a rabbinic statement - including expression of a position, advice, thought, or admonishment - falls on very receptive ears in the general population. Rabbis enjoy a level of influence that is unparalleled in the here and now in the non-religious world. Leading businessmen, outstanding cultural personalities, and senior politicians - most of whom consider themselves secular - turn to rabbis for advice, whether publicly or in private.

Furthermore, communities form around rabbis and through their efforts, and seek out their instruction and leadership. Some of these communities are defined by geography. In many residential areas - primarily, but not exclusively, in the periphery - the rabbi is perceived as an authentic local leader. Other communities are defined sociologically, and as a result, the influence of the rabbi sometimes extends beyond local boundaries and becomes sectoral. As such, complete segments of Israeli society accept rabbinic authority either directly or indirectly.

In addition, the views and opinions of rabbis carry weight in the national public arena. Their positions influence life in the State of Israel in a variety of matters. This is certainly the case in the classic areas in which the encounter between religion and state takes place, areas that are central to daily life in Israel. However, rabbis are also involved in other national issues: they are important players in the public discourse on foreign policy and security - e.g., borders, peace agreements, and the use of force; they are active in fashioning public opinion regarding national institutions - e.g., the courts, the army, and the Knesset; they express positions that have noticeable societal reverberations regarding the Arab minority in Israel, and more.

Many Knesset members take rabbinic opinions into account - at times in a decisive fashion. Rabbinic influence is also felt both directly (in the haredi parties, and on specific matters in the national religious parties as well) and indirectly, by virtue of the power that the Israeli political system grants to those who hold the coalition veto. Nevertheless, we are not talking only about imposition by virtue of power. Rather, the facts reveal that the Israeli public is interested in hearing rabbinic opinions on national matters. A recent survey (the 2009 Social Survey of the Central Bureau of Statistics) demonstrates that more than half of the Jews in Israel (54%) believe that it is important that the positions of religious leaders be heard in the process of setting policy.

While this book deals with the rabbinate as a phenomenon and with rabbis as a group, it is important to clarify that the presence of rabbis in our daily lives has a kaleidoscopic quality. The group ranges from charismatic leaders who function outside of any organized framework to civil servants who are part of the bureaucratic establishment. Included within the group are also halakhic authorities whose world revolves around codes of law and the skills of analysis and synthesis, and mystic kabbalists and others for whom spirituality is the springboard for their activities. There are rabbis with academic university degrees who function within a modern or even post-modern consciousness, and there are hasidic leaders who conduct courts in the spirit of the small villages of Eastern Europe at the end of the nineteenth century. While some articles in the book before us focus on a particular type of rabbi, and others tend toward generalization of the phenomenon, the common denominator between all of the rabbis is their goal - to enhance and sanctify the name of God, each according to his understanding, his ability, his background, and his spirit.

The rabbis of our generation function within the framework of a glorious tradition that was fashioned in previous generations. They make use of the communal and religious credit that has accrued to them from their predecessors, and they create credit for those who will follow them. Yet, the drastic changes in the environment in which they function, relative to the past, present them with a real challenge. How can the rabbis maintain their authority in spite of the changes in the reality? What is the significance of the centrality of their position from the viewpoint of the responsibility that it places on their shoulders in the here and now? It seems that these questions have not been sufficiently addressed, neither in the world of academic research nor in the rabbinic-religious world. This book attempts to fill that void. It presents a new and intensive study of the rabbinate from a variety of perspectives, sketching the magnitude of the challenge facing rabbis today, and examining rabbinic functioning in our generation.

The authors who have cooperated to create these volumes come from two types of podiums: the religious podium - i.e., rabbis who are functioning as such, and the academic podium - i.e., scholars who represent a variety of disciplines, such as law, history, and philosophy. The former discuss themselves, their colleagues, and the tradition to which they belong. The latter study rabbis "from the outside," examining their role and the task to which they have dedicated their lives. The common denominator between these groups is their recognition of the importance of rabbis to the national Jewish collective, and their desire to help maximize the effectiveness of rabbis so that they continue to successfully fulfill their historic mission in the future as well.

Cooperation between rabbis and academics is not a routine occurrence. It seems that the interaction between these two camps is more frequently one of mutual criticism. If the controversy were issue-based, it would be laudable, as is every "controversy for the sake of heaven." However, it seems that at least a portion of the deep-seated disagreement and lack of cooperation is based on a priori mutual invalidation, which has its roots in the cultural divide and lack of trust between the two groups. These two volumes attempt to break this mold by presenting the possibility of a cooperative intellectual and cultured discourse between practicing rabbis and academic scholars. To be sure, the collection of these articles together does not blur the recognizable and characteristic distinctions between the contributions of each group to the project. Nevertheless, as editors, we chose to integrate the cultural languages of academia and the rabbinate to allow the reader a more complete, more complex, and perhaps deeper exposure to the world of the rabbinate, its functioning, and the challenges facing it.

We wish to thank, first and foremost, all of the authors who contributed of their wisdom to these pages. The Israel Democracy Institute has served as our home, from which and in which this project was created. The Institute has undertaken many tasks and questions relating to identity, religion and culture frequently and consistently engage its researchers. These volumes are an expression, among many others, of the Institute's commitment to foster a public and professional discourse on the deep underpinnings of our lives in a state that is at once both democratic and Jewish.

Finally, the individuals who deal with production and editing in the publications department of the Israel Democracy Institute are excellent in their work. Tamar Shaked is deserving of special recognition for expending great effort, with tremendous skill and dedication, to the final editing and preparation of these two volumes for print. We are deeply appreciative to all of them.