Old anti-Semitism insisted that Jews had no place in the national community. New anti-Semitism insists that Israel has no place in the international community, explains Vernon Bogdanor, professor of government at King's College, London and a member of IDI's International Advisory Council. "Modern anti-Semitism begins by singling out Jews for the deprivation of the right of self-determination. Its final aim is the elimination of Israel," writes Bogdanor in an op-ed published by the Jewish Chronicle. 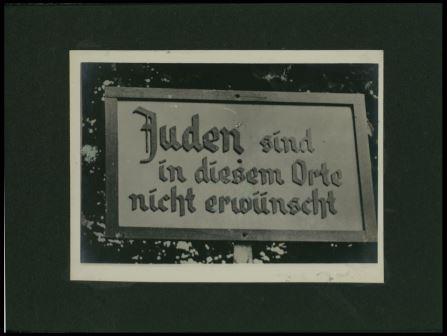 Nineteenth century antisemitism began by singling out Jews for the deprivation of civil rights. It climaxed with the Holocaust.

Modern antisemitism begins by singling out Jews for the deprivation of the right of self-determination. Its final aim is the elimination of Israel, or perhaps, as with the suspended Labour MP, Naz Shah, the transportation of Israeli Jews elsewhere.

The central theme of the new antisemitism is the delegitimisation of Israel. The country's enemies know that she cannot be defeated on the battlefield, nor by terrorism. But she can be defeated, so they believe, by turning her into a pariah state.

I doubt if antisemitism of either variety has much resonance with the vast majority of British people, most of whom are uninterested in the problems of the Middle East; and I suspect that few either know or care whether anyone is Jewish or not. I doubt whether the Jewishness of Michael Howard, Conservative leader in the 2005 election, or Ed Miliband, Labour leader in the 2015 election, weighed at all with voters, something that could not be said with equal confidence of electors in other parts of Europe.

Nevertheless, the Labour Party is not the only institution that must confront the new antisemitism. For the virus also seems to have infected the universities, in theory citadels of dispassionate thought, but all too often repositories of unthinking prejudice.

In 2015, the National Executive Committee of the National Union of Students voted to boycott Israeli companies, while rejecting a call to boycott Daesh. No doubt one should not expect wisdom from students, but, at Oxford, my old university, reputable academics recently took part in Israel Apartheid Week. They included some Jews and even Israelis, an unlovely collection of dupes and fellow-travellers.

The ostensible purpose was to "criticise" Israeli policies on the West Bank. The intended effect was to demonise the only country in the Middle East which grants rights of any sort to ethnic minorities, and a country whose former president and prime minister are currently in prison after being sentenced by a court whose chair was a member of the Arab minority.

A recent survey by the Israel Democracy Institute, on whose international advisory board I belong, asked Israelis living with the borders of the pre-1967 state whether they would wish to live in the United States or any other western country if they could do so. Some 83 per cent of Arabs said "no", just under the figure for Jews, 84 per cent. Whatever the rights and wrongs of Israeli policy on the West Bank, it would be difficult to imagine a greater contrast with apartheid South Africa.

The new antisemites claim that "the Jews" or "Zionists" seek to shut down "criticism" of Israel by labelling it as antisemitic. If that is the aim of the Zionists, they have been remarkably unsuccessful, since university campuses are replete with such criticism. In fact, the people who are being intimidated or censored, as pointed out by Alex Chalmers, the non-Jewish former chair of the Oxford University Labour Club, are the Jewish students who feel that they must distance themselves from Israel to avoid arousing hostility. While a few pro-Palestinian meetings have been met with hostile demonstrations, there has been nothing comparable to the disruption of meetings addressed by Israelis; and it is not Palestinian academics who are threatened with boycott, but Israelis, even though they are as little responsible for the policies of their government as British academics are for the policies of the British government.

It is not the "critics" of Israel whose right to free speech is threatened, but the free speech of those seeking to support the Israeli government, or even the existence of the Israeli state.

It is a mistake to underestimate the importance of the new antisemitism. After all, the "final solution" did not spring unaided from Hitler's head. The ground had been thoroughly prepared by 19th-century cultural icons such as Schopenhauer, Nietzche, Dostoevsky and Wagner. It is ideas which, for good or ill, determine history.

The war against Israel is being fought not with tanks, planes or invading armies, but with words. It is a war of ideas. In theory, Jews ought to be well-equipped to win such a war. But I wish I could be more confident that the Israeli authorities had discovered an effective means of countering the campaign for the de-legitimisation of their state.

Vernon Bogdanor is professor of government at King's College, London and a member of the International Advisory Council of the Israel Democracy Institute.

This article was first published by the Jewish Chronicle>>