The inflammatory statements made about Reform Judaism at the recent First Zion and Jerusalem Conference are not merely old rhetoric, but rather a national ultra-Orthodox (Hardal) declaration of a holy war against the spread of pluralistic Judaism in Israel. 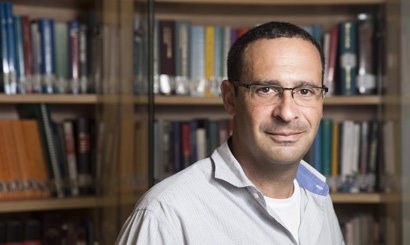 From a strategic standpoint, the infuriating statements, including that the Reform movement is not a Jewish movement but a Christian movement, made last month by Rabbi Yigal Levenstein, head of the pre-army academy in Eli, are not as important as the platform from which he made them: the First Zion and Jerusalem Conference. This conference is the opening shot of a bonafide culture war — a holy war, if you will — over the State of Israel’s character.

On one side are many organizations that work on behalf of religious pluralism. On the other — and this is a dramatic change — are national ultra-Orthodox (or “Hardal,” as they are known in Hebrew) rabbis and organizations. Working together with Israel’s chief rabbis, the Hardal aim to bring the war to the pluralists’ doorstep and to impose an ultra-Orthodox Judaism that rejects liberal values on the Israeli mainstream.

Over the last few years, a drama has been unfolding with regards to the character and place of religion in the country. The effort made by various organizations, fueled by funds from the Jewish Federations of North America and other prominent Jewish donors from the U.S., is having an effect. Today, quite a few social and civic groups offer an alternative to the rabbinate’s monopoly over religious services. Pluralistic venues for the study of Jewish texts offer an alternative to the study halls of the traditional Orthodox movement. Many voices that speak in the name of Judaism are heard in the public sphere. These groups would like to view Israel as a Jewish, pluralistic and liberal country.

While this trend is a thorn in the side of many conservative (with a lowercase c) religious people, the national ultra-Orthodox movement that has issued a battle cry against it. Unlike the ultra-Orthodox community, which abhors Reform and pluralistic Judaism but does not care as much about the state’s Jewish character or the influence of that character on the general public, the national ultra-Orthodox leadership views it as their mission to influence Am Yisrael, the Jewish people. After many years of having neglected this sphere almost completely, they have identified what they see as the growing threat to the State of Israel’s Jewish image and decided to fight back.

The First Zion and Jerusalem Conference is effectively a declaration of war on pluralism and liberal values. The conference, which was set up by “the organizations that work to strengthen the State of Israel’s Jewish character,” has made “dealing with the Reform influence on the State of Israel’s identity” its top priority. The vast majority of rabbis who appeared at the conference, as well as the rabbis who attended it, belong to the national ultra-Orthodox camp – answering the call of several rabbis who are heads of national ultra-Orthodox yeshivas.

The remarks of Rabbi Levenstein, Rabbi Mordechai Sternberg, Rabbi Shlomo Aviner, and other rabbis at the conference threw down the gauntlet: the rejection of any alternative form of Judaism except their own ultra-Orthodox variation. Theirs is a fight against the pluralist movements that operate in the State of Israel, which they consider “worse than Christianity” or “a form of Christianity.” It is a fight to strengthen the chief rabbinate’s monopoly and the religious services it provides. It is a fight to erase any separation between religion and state and to create a stronger link between the state and Judaism — meaning its ultra-Orthodox version. It is also a fight against liberalism and its values. Their efforts are aimed against the LGBT community, feminism, and contemporary Israeli culture. They are also fighting over the sanctity of the military, with its values of combat that they deem too Western, liberal, and humanist for family values — and the list goes on.

While this struggle is nothing new, it has strategic implications in the field of external relations with American Jewry. The topic that most American Jews find the most disturbing about Israel is the ultra-Orthodox monopoly over religious services and the relationship between religion and state. The fact that the non-Orthodox movements have no recognition whatsoever in Israel, that their conversions and marriage ceremonies are not recognized here, leads to alienation between many American Jews and Israel. It is easy to understand how this disconnect between most American Jews and Israel could also carry a strategic price in terms of American support for Israel.

In the internal sphere, this is a fight over Israel’s soul. What kind of state will Israel be? Democratic and Jewish state with a liberal and pluralist character? Jewish and democratic where democracy is nothing but a formality and liberal values are despised?

The First Zion and Jerusalem Conference might be seen as nothing more than another gathering of concerned national ultra-Orthodox rabbis. But it symbolizes a trend whose purpose is a change in Israel’s very character.

We must act with determination in the face of this concentrated effort so that Israel will remain both Jewish and democratic — without giving up its liberal Western values.

Dr. Shuki Friedman is the director of the Center for Religion, Nation, and State at the Israel Democracy Institute and professor of law at Peres Academic Center.

This op-ed originally appeared in the San Diego Jewish Journal.