Often missed in the civil liberties debate over profiling is evidence that shows it is not effective. But proponents point to Israel, whose airport screening has kept it free of attacks since 1972. This article originally appeared in the Christian Science Monitor. 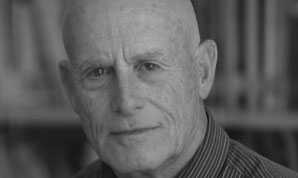 “I hate the concept of profiling, but we have to use common sense,” Mr. Trump said Sunday in an interview with CBS’ Face the Nation. “We’re not using common sense.”

The debate over racial profiling has long centered on striking a balance between national security and civil liberties. But sometimes lost in that debate is evidence that the practice is ineffective, or even counterproductive.

To proponents like Mr. Trump who cite Israel as a model, the value of clearly identifying threats – even if that forces officials to focus on a single race or ethnicity – is the beginning of common-sense security. But the limited data that exist suggests that a one-size-fits-all approach to terrorism actually misses many threats and can overload agencies with false alarms.

“For example, if fire alarms were going off constantly, fire departments couldn’t respond to real fires as they should. That’s why it’s a crime to ring an alarm without a fire,” says Michael German, a former Federal Bureau of Investigation agent and current fellow with New York University School of Law’s Brennan Center for Justice. “The idea that there is one particular race or religion that drives this political violence is not supported by the evidence.”

Between 2001 and 2016, roughly two-thirds of 508 extremists who engaged in violent attacks – such as mass shootings – identified with jihadist terrorism, according to extensive data compiled by the New America Foundation.

Only eight were illegal residents, compared to 150 US-born citizens. Sixty-seven identified as Arab or Middle Eastern, but significant numbers come from other backgrounds, including 49 Somalis, 48 South Asians, 35 Caucasians, and 35 African-Americans. There were also Hispanics, Albanians, a Uighur, and others.

Of the 10 violent jihadist attacks on US soil since 9/11, such as the Fort Hood shooting, none of them have been committed by a foreign terrorist organization.

William Press, a statistician at the University of Texas, found in 2008 that profiling was not mathematically justified. Even under a hypothetical all-knowing government, he says, the profiling system would sample innocent individuals who happen to have a high-risk value while ignoring “malfeasors” who learn to adjust their behavior.

“It is not only wrong and unconstitutional, but it is also at odds with reality,” says Hugh Handeyside, a staff attorney with American Civil Liberties Union’s National Security Project. “The science regarding who carries out terrorist attacks has yielded no distinct model to predict who will carry out terrorist attacks.”

The law on racial profiling

After the 9/11 terrorist attacks, President George W. Bush and Attorney General John Ashcroft outlawed profiling in law enforcement, because they deemed it as contrary to the nation’s founding principle of “liberty and justice for all.”

In 2014, the US Department of Justice expanded its restrictions on profiling to cover gender, national origin, religion, and sexual orientation, as well as race and ethnicity. But federal employees, such as FBI agents and those working for the Department of Homeland Security, are permitted to profile individuals within “the vicinity of the border.” In addition, 30 states explicitly forbid racial profiling, according to the NAACP.

Proponents argue, however, that racial profiling is an unfortunate necessity in today’s world of terrorism. Conservative political commentator Michelle Malkin cites the case of Phoenix FBI agent Kenneth Williams, who asked his superiors in the summer of 2001 to investigate Muslim men training at American flight schools. His request was denied, based partly on concerns of profiling.

“If the FBI had taken Williams’ advice, the feeling of some Arabs and Muslims might have been hurt. But the Twin Towers might still be standing and 3,000 innocent people might be alive today,” Malkin wrote in an op-ed for USA Today. “It is unfortunate that loyal Muslims or Arabs might be burdened because of terrorists who share their race, nationality, or religion. But any inconvenience is preferable to suffering a second mass terrorist attack on American soil.”

In his interview Sunday, Trump used Israel as an example of the effectiveness of racial profiling. Travelers passing through Israel’s Ben Gurion airport are subjected to different levels of screening based on characteristics such as skin color or language. Arab citizens of Israel are routinely subject to lengthy and often humiliating searches.

While this may sound unthinkable by US terms, there have been no successful terrorist attacks at Israeli airports since 1972.

“Just because it is safe today, doesn’t mean it will be safe tomorrow,” says Admiral Ayalon. “In the long run, we create the next wave of violence as a result of what we doing now to secure ourselves.”

“When we are trying to achieve better security by using profiling, in a way we are getting the opposite impact or result,” he says. “Nobody can say whether the terror in our streets was not the result of the engagement or humiliation that they felt in our airports. It was easier to respond in the streets, but the hatred was created in the airports.”