The Knesset is currently considering a proposed amendment, sponsored by the Prime Minister, to Basic Law: The Knesset. It would allow a special majority of 90 Knesset members to suspend an MK for an unlimited period of time. In effect, this would be tantamount to an expulsion, with the suspended parliamentarian replaced by the next person on his or hers party’s candidates list. This article was first published by JNS.org. 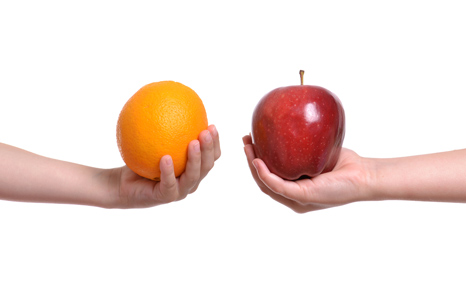 Sharks are among the most perfect creatures in nature. It is no accident that some species have remained unchanged for tens of millions of years, going back to the Age of the Dinosaurs. The tiger is another magnificent creature. But I would not recommend transplanting the shark’s powerful and efficient tail to a tiger’s back.

Comparative research to study legislative solutions adopted by other democracies is fine and good. But if we are thinking about the adoption of a solution employed in some other country, we need to investigate how it works abroad and how it would work here, in Israel.

The Knesset is currently considering a proposed amendment, sponsored by the Prime Minister, to Basic Law: The Knesset. The most recent version, after several revisions, would allow a special majority of 90 Knesset members to suspend an MK for an unlimited period of time. In effect, this would be tantamount to an expulsion, with the suspended parliamentarian replaced by the next person on his or hers party’s candidates list. The Knesset would be able to utilize this tool against an MK, if they can determine that some action he/she committedfalls under Article 7a of the Basic Law for disqualification of a list or candidate in advance of an election. This includes: rejection of Israel’s status as a Jewish and democratic state, incitement to racism, or support for armed struggle against the State of Israel by some country or terrorist organization.

It is worth noting that these grounds exist to disqualify parties before an election, and would not be used against an MK already elected by the public to office. Also, these grounds include two criminal offenses: incitement to racism and support of terrorism. The third item (opposition to a Jewish and democratic state) is vague and was not the impetus that produced the bill. In Israel, parliamentary immunity does not cover these offenses, and a final conviction for a crime of moral turpitude (which these are) leads to the offender’s automatic eviction from the Knesset.

The bill’s supporters point to a number of democratic countries that have provisions for the expulsion of elected representatives. In the United States, for instance, a two-thirds majority of the Senate or House of Representatives can eject a member on the grounds of misconduct. But there are a number of cardinal differences. In the United States, the electoral system is based on districts, rather than being countrywide and proportional, as in Israel, and this has produced a two-party system rather than a parliament comprised of many factions. The two-party system and two-thirds requirement effectively means that a representative or senator can be expelled only if members of his or her own party support the move. It is not possible, as would be the case in Israel, for the majority to expel a member or members of a minority party. In addition, in America the Bill of Rights guarantees full and absolute freedom of expression. As a result, the sanction of expulsion cannot be imposed in reaction to written or oral statements alone—as countenanced by the Israeli proposal.

It follows that the constitutional provision for expulsion of representatives or senators is intended to deal with severe and embarrassing cases. It has been exercised chiefly in the wake of an indictment or conviction (because the U.S. Constitution, unlike the Israeli Basic Law, does not provide for automatic dismissal in the wake of a criminal conviction). The situation is similar in other countries. There is no legislation similar to the current Israeli proposal, which, if passed, would charge the parliament with reaching a decision about an MK’s expulsion, as if it were prosecutor, judge, and jury.

Also, the expulsion of a U.S. senator or member of the House requires the voters of his or her state or district to elect a replacement, whereas in the Israeli proposal the seat would automatically be filled by the next person on the party list, whose identity is known in advance. In such a situation, personal considerations might (and undoubtedly would) be weighed and influence whether the process is initiated as well as its outcome. In practice, under this proposal, the majority that expels a Knesset member would also be appointing his or her successor.

In short, this bill is unnecessary and harmful. The Knesset is a political body, without the judicial expertise needed to determine facts and reach legal conclusions. It lacks the resources and means to investigate wrongdoings and hear testimony. For that we have a police department, attorney general, and courts. The Knesset would certainly be swayed by populist political and electoral concerns when it made such decisions.

As Israelis, we must not import legislation from a country with a radically different system of government, with a totally different political situation, to our own country. Doing so could have catastrophic effects.

This article was first published by JNS.org.