Avigdor Liberman, Minister of Finance, opened the first day of the 2021 Eli Hurvitz Conference on Economy and Society, saying: “We are after more than three years of political crisis without a budget, reforms or legislation. The economy ran on a kind of autopilot. We will now pursue a responsible policy, without deep cuts. 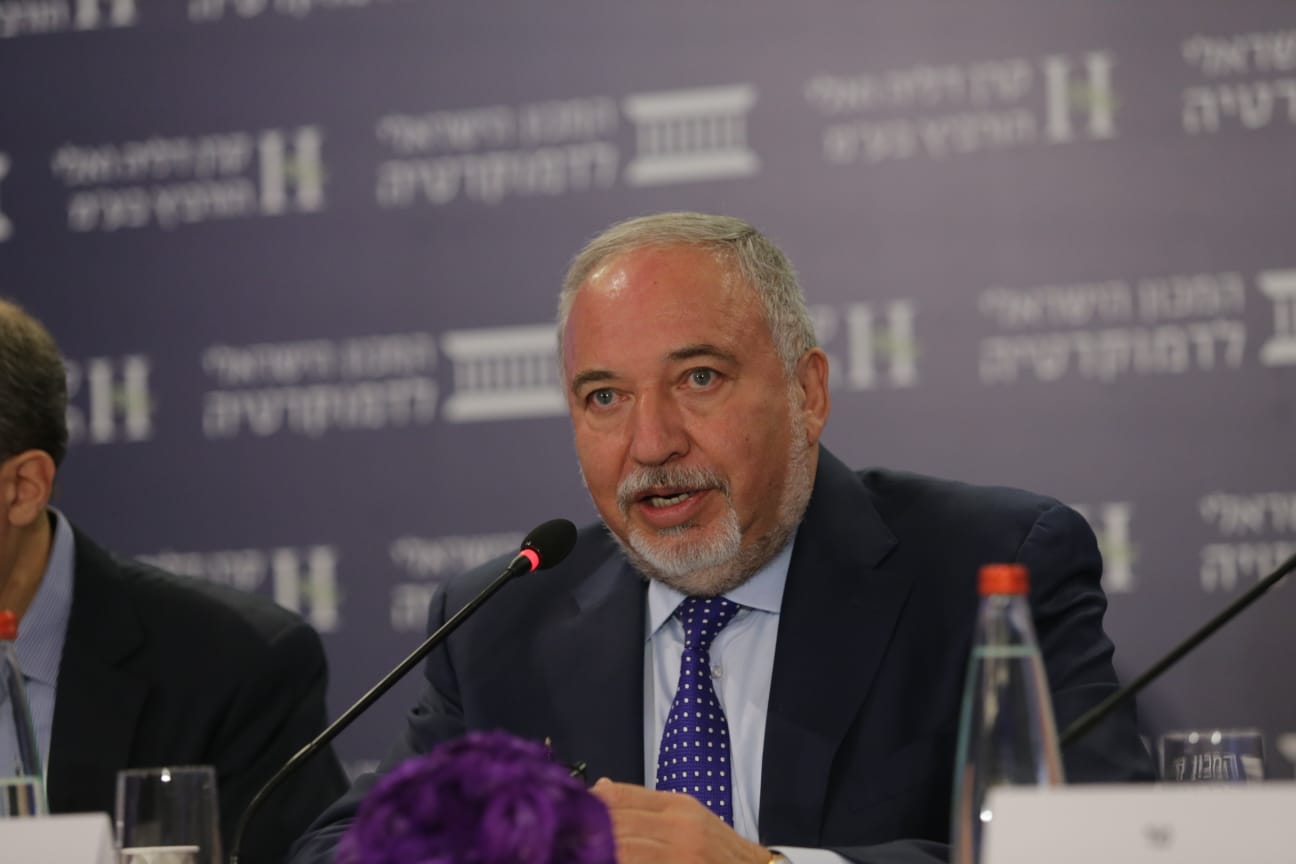 "We will pursue a responsible policy, without deep cuts. We will stay steady despite the existing political pressures." Minister of Finance, Avigdor Liberman

IDI President Yohanan Plesner "During the political crisis we realized that our system isn't working. We must learn the lessons & stop the discourse of division, while also reaching a consensus that will allow our political system to make decisions."

Prof. Eugene Kandel, Start-Up Nation: “We have a surplus in regulation due to structural problems in Israel; A lot of regulators defend themselves, if we do not make sense - we will be in trouble”

Arnon Ben-David, Histadrut: "It is possible to create a social safety net for the self-employed and small businesses that, during a crisis, press a button and they receive unemployment pay just like the employees."

“What you see or hear in the media that did not arrive as an orderly announcement from the Ministry of Finance - is the sole responsibility of those who propagate these messages. The same can be said for the budget.”

“In the G7 discussions there is the desire to impose a uniform tax on international corporations of 15%, we will adopt this policy as well. Instead of paying to other countries - it is better to pay in the State of Israel.”

“Any product that is standardized in OECD countries does not need additional standardization in Israel.”

“There are a number of large projects, hundreds of billions that we will offer to the private market, especially the institutional ones.”

“There is a lot of money here that does not find an address and our job is to produce the address using PPP BOT and more. Without these tools, the public sector does not know from where to bring such funds.”

“If a government invests in innovation, for every shekel it puts in it receives 5-7 shekels. There is no better investment than that.”

“Thanks to the reduction of duplications in government ministries, we will save billions, reduce bureaucracy and simplify all processes.”

“The decision to stop extra (COVID-related) unemployment benefits for people under the age of 45, is not a simple decision, but at the same time there are more than 130,000 vacancies in the Israeli economy today.”

“The coalition is so narrow, its ability to survive depends on the condition that each minister deals with the field of his office and gives backing to the other ministries where they are responsible.”

“It is important to give ultra-Orthodox young people an education and a profession otherwise we will not be able to get them out of poverty. We see gaps that we cannot afford in matriculation exams.”

“I pledged in this budget to implement the 2018 decision to eradicate domestic violence.”

“National resilience is an important component of Israeli society, so it is important that we send a message to new military recruits that they are pioneers and not 'suckers.' We will also work to encourage people to integrate into the employment market by subsidizing day care centers according to the criterion of earning capacity.”

"The State of Israel must stabilize the rules of the game and the constitutional arrangements through a Basic Law: Legislation, by a large majority. At the same time, the electoral system must be amended so that the decision-making power and stability of the political system is restored," said Yohanan Plesner, President of the Israel Democracy Institute, at the Eli Hurvitz Conference on Economy and Society, which was held today in Jerusalem. Plesner added, "We found ourselves very recently on the brink of a constitutional abyss. The adoption of a package of legislative proposals whose aggregate meaning was regime change - in the sense of diluting and emptying Israeli democracy and turning it into an authoritarian regime where a simple coalition majority of 61 seats can determine everything without restraint and balance.”

Prof. Eugene Kandel, Co-Chair of Start-Up Nation Central Economic Research and Policy Institute; Hebrew University: "If everyone is just doing only their part in the short term it's great, in the long run it's a disaster. We should strive for the leadership of the Prime Minister and the Minister of Finance as we did in 2010. In 2017 we started this conference with two economies, one society with a technological and traditional economy that needs a completely different set of government tools - but this idea has not been internalized by the government. The tech economy breaks all records - but the better it is, the more at risk it is." He added that "we have an issue of excess regulation that stems from structural problems in Israel."

Prof. Karnit Flug, IDI's Vice President for Research and William Davidson Senior Fellow for Economic Policy, said: "The immediate challenge is to pass a budget that reflects the priorities that are appropriate for solidifying the recovery and reducing unemployment, and starting to address the underlying problems.” Prof. Flug added that “one of the additional challenges, following the COVID crisis – is employment - there is a mismatch between the characteristics of the unemployed and the needs of the business sector.”

Prof. Amir Yaron, Governor of the Bank of Israel: "Most of the GDP gap will be closed by the end of 2022; at the same time, unemployment will not return to its level before the crisis."

"A good financial world is like oil in a car engine."

“Budgetary incentives can also be given towards regulation and bureaucracy. In the end, I am talking about a reasonable process of fiscal responsibility that creates growth - imports according to government priorities within a multi-year vision. It is not possible to rely only on the increase in debt."

"The economy is recovering nicely and economic activity is accelerating, provided that the Delta Variant does not cause an acute problem."

"It is very important at least not to increase the structural deficit in the years 2021-2022".

Dr. Ron Tomer, President, Manufacturers Association of Israel: "I am proud that our high-tech has burst forward. But not all people can rely on high-tech. Action must be taken to reduce the regulatory burden and make it simple, cheap, strong, professional, innovative and green. During the COVID crisis the business sector is bleeding. With a package deal of growing the economy, improving productivity, and raising the standard of living - together we will achieve all of this."

Arnon Ben David, Chair, Histadrut - General Federation of Labor: “For the past three years we have been living in chaos, and with the morbidity of the COVID crisis and in an unfathomable political situation. The whole economy was run in a state of auto-pilot. We thought that raising the minimum wage would make it difficult for the economy and factories, but we saw that this was not the case. On the contrary, the move spurred workers and contributed to higher productivity. Ben David added that, "each side needs to put on the table what it is willing to give within the deal to grow the economy - this is the time to talk. We opened the gates for the self-employed and small businesses. We saw them protesting during COVID. They need a safety net, in which they can push a button and get unemployment just like the employees."

A series of team-led research and policy recommendations on issues closely related to the conference sessions will be presented during the conference on June 29-30, at the Orient Hotel in Jerusalem and online on IDI's website.

Tags:
Economy and Governance,
Eli Hurvitz Conference on Economy and Society,
Center for Governance and the Economy