Dan Panorama Hotel, Tel Aviv This conference is being convened in cooperation with the Konrad-Adenauer-Stiftung. 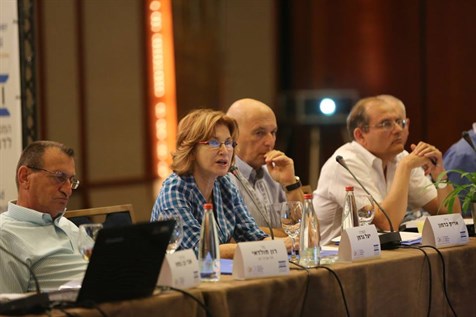 On Thursday June 6, 2013, IDI brought together a government minister, Knesset members, mayors, researchers, and activists from the field for a full day conference on economics and local elections in Israel, which was convened in cooperation with the Konrad Adenauer Stiftung (KAS).

The conference, which was held as preparation for the upcoming local elections in October 2013, marked the publication of Representativeness and Efficiency in Local Government by IDI Senior Fellows Prof. Avi Ben-Bassat and Prof. Momi Dahan, and former IDI researcher Prof. Esteban Klor.

Three policy papers on municipal elections in Israel were be presented at the conference, with one session dedicated to each:

Participants in this event include:

1:15-3:15 p.m.
Session 2: What Factors Influence the Chances of Re-election of Municipal Representatives?