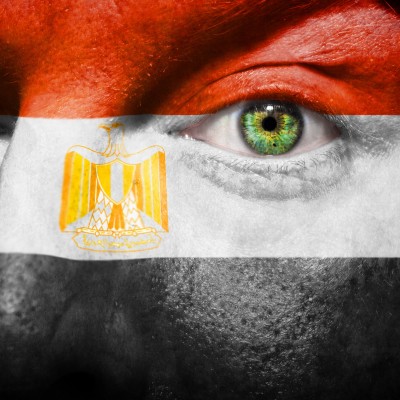 In confronting the crisis in Egypt, the Obama Administration is torn between upholding a quintessentially American commitment to democracy and preserving the vital interests of the United States in the Middle East. A way out of this dilemma begins with an appreciation of America's diminished leverage and ends with the realization that those two goals need not be incompatible.

The military-led ouster of Egypt's first elected President after scarcely a year in office has generated vigorous debate among strange bedfellows. In recent weeks, neoconservatives and liberals have found themselves thrust uncomfortably together, with both calling on the American government to stand by its principles and halt military aid to Egypt, even at the cost of angering the Egyptian military and empowering the Muslim Brotherhood. Opposing them, proponents of realpolitik insist that the Administration give up on its quixotic quest for Islamic democracy, stand by the Egyptian military and seize the opportunity to contain the Muslim Brotherhood. Meanwhile, those sympathetic to both arguments, apparently including senior members of the Obama Administration, stare at the rising tide of violence in the streets of Egypt's cities like a deer at the headlamps of an oncoming truck.

US policymakers first need to come to terms with the fact that their ability to influence the course of events in Egypt is minimal. This is primarily because the fierce power struggle between the military and the Muslim Brotherhood dictates that the demands of survival will trump foreign pressures for the foreseeable future. But it is also because US leverage is limited. For one, the United States is visibly in retreat across the Middle East, a fact that has not escaped notice by leaders from Cairo to Kabul. Second, the value of the US military aid package to Egypt's economy has diminished considerably over the last three decades under the combined impact of inflation, growth, and competing commitments from Gulf States. Finally, the impact of foreign aid on the decisions of sovereign leaders is limited in any case.

As successive US administrations have learned since the Second World War, grants of foreign aid are best made unaccompanied by illusions that they can, on their own, effect a major transformation of the foreign or domestic policy of even the closest of allies. This is somewhat less true of military aid, which entails dependence on the grantor for spare parts and resupply in times of war. Yet Egyptian President Anwar al-Sadat was not deterred by Egypt's military dependence on the Soviets once he decided to throw in his lot with the Americans and trimmed his ties to Moscow in the 1970s. Nor did his predecessor in the 1960s, Gamal Abdel Nasser—to whom Egypt's current strongman, General Abdel Fattah al-Sisi is being compared—let hundreds of millions of dollars in US economic aid deter him from launching an aggressive anti-American policy in the region. Confronted with Nasser's hostility, President Lyndon Johnson concluded that US aid to Egypt was ineffective and ended it.

Johnson was right to suspend America's economic assistance to Egypt in 1966: foreign aid should rarely if ever be conferred on an adversary. But Sisi is not Nasser—at least not yet. Thus far, we have not seen anything to indicate that Egypt under military rule will act contrary to American interests in the region. Indeed, by suspending aid to Cairo Washington may hasten Sisi's turn toward America's rivals in the more consequential regional struggle against Iran: China and Russia.

There is no doubt that American interests—as well as the lives of ordinary Egyptians—would be served best by a meaningful improvement in the quality of Egyptian governance. Unfortunately, the prospects of a genuinely liberal democracy ever emerging in Egypt are dim. And as the events of the past two years have demonstrated, any transformation will not take place overnight. Yet American interests in the region—including containment of Iran, preservation of Egypt's peace treaty with Israel, exclusion of Russian and Chinese influence from the region, free passage through the Suez Canal and security cooperation in the struggle against terrorism—are real and pressing. The preservation of these interests depends, to varying degrees, on the maintenance of a strong relationship with whoever holds power in Egypt. Therefore, in considering how to confront the crisis in Egypt, American policymakers would do well to accord higher priority to safeguarding essential interests in the short term while not abandoning the long-term quest for better and perhaps more open government in Egypt.

The anguish of the Egyptian people provides a rare opportunity for the United States to act in accordance with its values to advance the national interest. Whatever one thinks about the methods of the Egyptian military or the ideology the Muslim Brotherhood, ordinary Egyptians are suffering. The right thing for Western leaders to do now is to lend them a helping hand and, in so doing, win over Egyptian hearts and minds at a critical moment in the country's history. By heeding General Sisi's plea for support, Americans need not be complicit in his methods. For it is not America's F-16s that Egypt needs rights now; it is America's wheat. If Egypt matters to the United States, now is the time to launch an expanded economic aid program to feed its imminently starving people.

Jesse Ferris is Vice President of Strategy at the Israel Democracy Institute. He is the author of Nasser's Gamble: How Intervention in Yemen Caused the Six-Day War and the Decline of Egyptian Power, published by Princeton University Press.