On November 13, 2011 the Knesset Ministerial Committee on Legislation voted in favor of two private bills designed to impose restrictions on foreign funding of NGOs in Israel. In the following op-ed, which was published prior to the Committee's meeting, Attorney Shiri Krebs of IDI's Constitutional Principles project, warns of the dangers of these bills, which she sees as designed to silence criticism of the government and to punish organizations that tarnish the good name of the Israel Defense Forces. 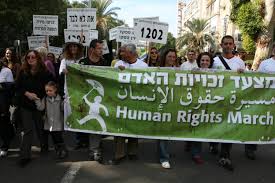 On Sunday, November 13, 2011, the Ministerial Committee on Legislation will discuss a Knesset bill submitted by MK Ofir Akunis, intended "to ban NGOs in Israel from accepting donations from foreign governments and international bodies such as the United Nations or the European Union, in light of the inciting activities, which cause social unrest, carried out by many organizations that operate under the guise of 'human rights organizations.'" Akunis, a member of the Likud party, even compared Israeli human rights organizations to terrorist organizations—much like the justification given by Russian President Vladimir Putin for legislation imposing restrictions on Russian non-profit organizations, including limitations on foreign funding. MK Faina Kirshenbaum of Yisrael Beiteinu submitted a similar bill, which proposes that NGOs pay a 45% tax on contributions that originate from a foreign political entity. Prime Minister Netanyahu just announced his support for these proposals, and a surreal debate over which party should receive credit for the bill, the Likud or Yisrael Beiteinu, is now taking place.

Like Putin, Chavez, and leaders of similar regimes around the world, the proponents of these bills, supported by the prime minister, seek to silence criticism of the government. Their bills are motivated by the clearly anti-democratic assumption that social unrest is alien and detrimental to Israeli society, and must be eradicated through aggressive legislation. Especially now, when hundreds of thousands of Israeli citizens are out in the streets, protesting for social justice, this attempt to prevent social unrest seems detached from the new Israeli democracy that has been developing in the streets.

In the explanatory notes of one of these bills, it is explained that the bills will help "combat the phenomenon of de-legitimization of Israel in the world." Yet, paradoxically, discussion of these bills was suspended in the last Knesset session in order to avoid international criticism of Israel on the eve of the UN deliberations on the recognition of Palestine. This fact proves that the Knesset is well aware of the real implications of these proposals, of the damage that they are expected to cause to Israel's image as a democratic state, and of the diplomatic fallout that they are likely to bring about. In fact, as a country that boasts that it is "the only democracy in the Middle East," Israel should be promoting the opposite type of legislation: bills that protect the human rights of all citizens, and especially the rights of a minority to voice its opinion.

The proposed bills and their supporters do not hide the real motivation behind them: the desire to punish organizations that tarnish the good name of the Israel Defense Forces and to impede the ability of such organizations to act. In other words: these laws are motivated by the desire to prevent investigation of suspected violations of international laws of war and of Israeli law. In this manner, these bills are intended to thwart the rule of law and prevent the investigation of disputed facts. Rather than investigating suspected offenses and demonstrating Israel's commitment to the rule of law, the prime minister and the aforementioned Knesset members prefer to prevent investigations aimed at revealing the truth.

The bills currently under consideration relate to friendly countries as if they were enemy states, and to civil society NGOs as if they were terrorist organizations. They differentiate between groups that support the regime and groups that are critical of the regime, discriminating against the latter. They damage the rule of law in Israel and the principle of equality before the law. They dismiss the power and importance of social ferment and social awakening, and are asking us to return home quietly and go to sleep.

Attorney Shiri Krebs is a researcher at the Israel Democracy Institute and a doctoral student in international law and dispute resolution at Stanford University.
Notes