Justice Minister Ayelet Shaked is delighted with the new composition of the Supreme Court bench. Following the recent appointment of two professors— Alex Stein and Ofer Grosskopf—as justices, on top of the four earlier appointments during her term, the queen of conservatism announced that “the campaign to remake the Supreme Court has been completed.”

This is an important message not only for those who support conservative ideology, but also for all who wish to improve the troubled relationship between the court and an important sector of Israeli society.

Almost half the population has no confidence in it. Their fierce and impulsive opposition to its course is motivated mainly by the identity politics and culture wars that rage among the different sections of Israeli society. Many on the nationalist right and in the National Religious and ultra-Orthodox sectors have turned the Supreme Court, with the shining icon of “Aharon Barak” at its head, into the voodoo doll of Israeli society, which they pierce with sharp needles and blame for everything they see as inappropriate and unfair in the country. 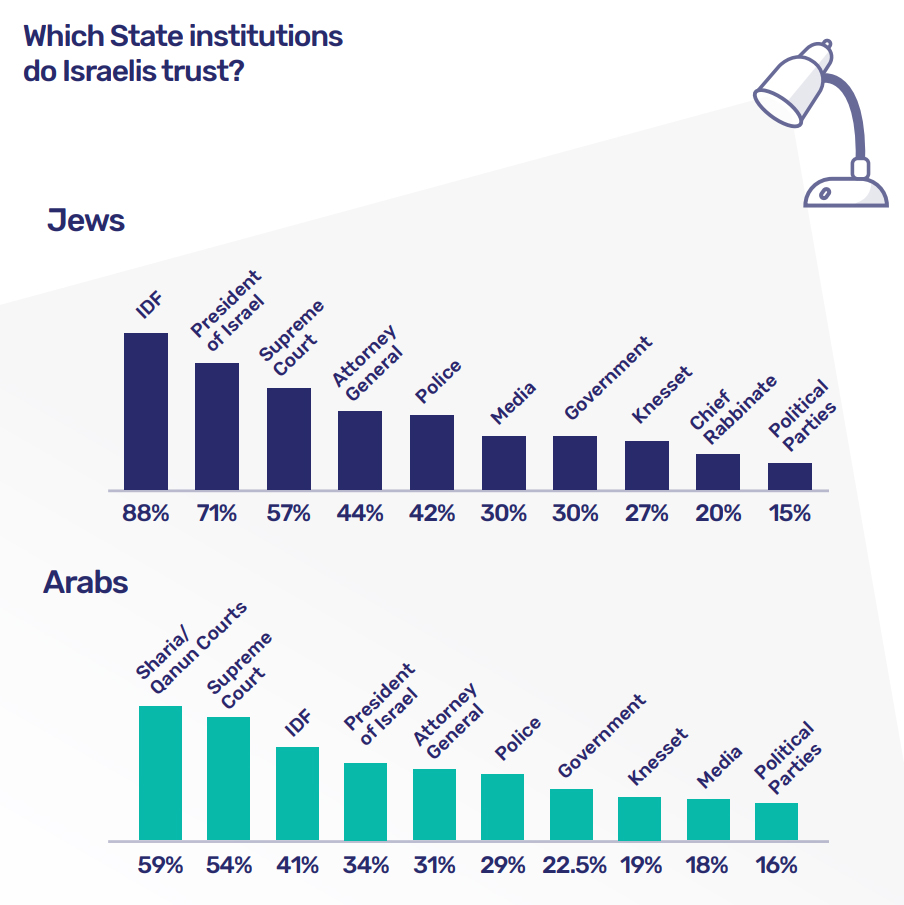 The institution is castigated for two reasons: First, the justices are perceived as furthering liberal values with which conservative Israelis do not identify and which see as weakening the particular Jewish character of the state. The Supreme Court is igniting the many ideological conflicts that divide us, including the attitude towards the Territories, matters of religion and state, and the Jewish character of the public sphere in Israel.

Second, the Supreme Court is derided as inflated with hubris, imperious and imperialistic towards the other branches of government—almost a dictator. The adversaries of the court claim that it arrogated to itself the right of judicial review, which enables it to strike down laws; it has declared that every issue is justiciable; it has led a constitutional revolution; expanded the right of standing to public petitioners; favored purposive interpretation of statutes and uses vague terms, such as “reasonable” and “proportionate,” in a way that vastly expands judges’ ability to rule in ways that accord with their own worldview.

The assault on the Supreme Court, which began on the fringes of society, has percolated to the center of Israeli discourse.

In recent years it has become a trend in broad and powerful circles—in the Knesset, in Government, in academia, and in the media. The striking edifice on Givat Ram has become a prime target for the national sport of stone-throwing.

As a result, there are strong grounds for fearing that the rhetorical attack will be translated into concrete action to rein in the Supreme Court, given that it may be stripped of its powers by a simple majority in the Knesset. In recent years Israeli politicians have raised a long series of wild ideas, such as the establishment of a politically motivated Constitutional Court, restriction of the right of standing, elimination (in part or in full) of judicial review, politicization of the Judicial Appointments Committee, ideological hearings to grill candidates for judgeships, and more. The once sacred cow, is now being hauled out to the public square and the slaughterer— in the Knesset, in Government, and in the Justice Ministry itself—which is sharpening it’s knife.

Given this background, we must welcome Minister Shaked’s series of appointments.

She has managed to realize the conservative camp’s goal without having to enact harmful new legislation that would destroy the balance between the branches of government and without leading a populist revolution whose potential damage cannot be underestimated. In the coming decades we are likely to see a change in how the Supreme Court functions, but the maneuvers that produced this change were the result of a consensus and did not undermine our democratic foundations.

Now that the Justice Minister has achieved her objective with regard to the composition of the Supreme Court, we may expect that her political and cultural camp will stand foursquare behind this important institution. The era of populist and irresponsible catcalls about the “Meretz (left-wing party) Court” should be over. Today the Supreme Court is the “Jewish Home (religious Zionist party) Court,” to an extent far exceeding that party’s share of the population. In the future, support for its rulings, whatever their substantive content, should be steadfast, even among those who have become accustomed to opposing it.

With its new and more conservative profile, there is no longer any justification for the delegitimization of the Supreme Court.

And this is good news for the rule of law.