Prime Minister Benjamin Netanyahu announced recently that Israel and Turkey had reached an agreement leading to reconciliation between the two countries – and the Knesset approved the deal. Now the question becomes: will the deal have the impact Israeli soldiers are hoping for? 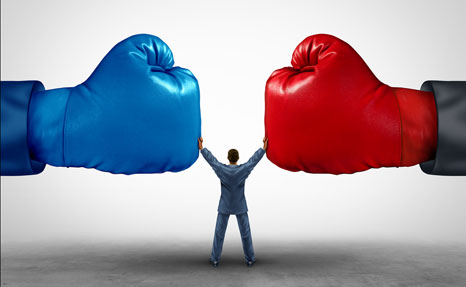 Prime Minister Benjamin Netanyahu announced recently that Israel and Turkey had reached an agreement leading to reconciliation between the two countries – and the Knesset approved the deal. Now the question becomes: will the deal have the impact Israeli soldiers are hoping for? According to reports, the agreement includes the resolution of all disputes between Israel and Turkey which resulted from the events that took place on the Turkish flotilla on May 31, 2010, and especially during the takeover of the Mavi Marmara.

The deal states that Israel is to pay approximately $20 million to Turkey for the families of those killed on the flotilla. In response, the Turkish government will enact a special law that will effectively nullify criminal and civil lawsuits that have been filed against Israeli soldiers who participated in the flotilla incident, and prevent filing additional claims in the future.

There are currently some pending criminal proceedings against IDF soldiers and four senior officers in Turkey, as well as several civil suits amounting to millions of dollars. Criminal charges filed by the Turkish government will likely be dropped as part of the agreement.

However, what is less clear from the reports is whether the Turkish government has obligated itself to preventing its citizens from pursuing IDF officers and soldiers outside of Israel, for example by initiating criminal proceedings in other countries under the principle of universal jurisdiction.

Non-State Criminal Jurisdiction It appears that Turkey cannot guarantee to completely prevent legal action from taking place against IDF soldiers, simply because much of this legal activity is not taking place inside Turkey.

A noteworthy development is currently unfolding at the International Criminal Court. In 2013, a complaint was filed to the court by the Union of the Comoros, where the Marmara was registered and whose national flag it sailed under. This claim was ultimately rejected on the grounds that the alleged violations did not rise to the level of gravity required to activate the ICC’s authority.

Nonetheless, the Union of the Comoros appealed this decision and on July 16, 2015, the ICC’s pre-trial judge told Chief Prosecutor Fatou Bensouda to review her decision not to proceed with an investigation into the attack. To date, the prosecutor’s decision on the matter has not been finalized, and it seems Turkey has no influence on the proceeding.

At most, Turkey can instruct its citizens not to cooperate with the ICC, by conditioning receipt of compensation from Israel on people following this instruction.

Realistically, it is doubtful whether such an order by the Turkish government will actually affect proceedings in the ICC. The reasons are twofold. First, it is likely that if there are Turkish citizens who can assist the court, they have already done so, since the legal process began in 2013. Second, even if there are Turkish citizens willing not to cooperate with the ICC, it appears that there is already enough evidence that the court can utilize, since the flotilla incident was subject to four different investigations.

Another legal avenue is to pursue criminal proceedings under the principle of universal jurisdiction.

Turkish citizens (or those of any nationality) can file a complaint and request to initiate criminal proceedings against alleged violations in relation to the incident.

It is highly probable that Turkey would try to prevent its citizens from resorting to such legal procedures, in a number ways. On a practical level, however, it is doubtful whether this can be accomplished.

Hence, the Israel-Turkey reconciliation can provide only limited protection to IDF soldiers from civil and criminal proceedings. The appropriate solution to this issue is proper implementation of the findings of the Turkel Commission. This is due to the fact that international criminal proceedings are conducted only when a state with jurisdiction fails to investigate and prosecute alleged violations. Regarding the Mavi Marmara affair, Israel investigated the case by way of a review by the Turkel Commission, which found that no breaches of international law occurred on the ship.

This situation is not so different than any others. With this and any other claims of international law violations, the best way to protect Israeli soldiers from prosecution abroad is conducting impartial and effective investigations in Israel.

Without such investigations, no international agreement can protect soldiers against legal proceedings taking place around the world.