Minister of Environmental Protection Tamar Zandberg, Minister of Energy Karin Elharar, Minister of Transportation Merav Michaeli and Minister of Economy Orna Barbibai in a joint declaration at IDI's Conference: "We will cooperate on Israel's climate policy, to lead to an 85% reduction in Israel's greenhouse gas emissions by 2050." 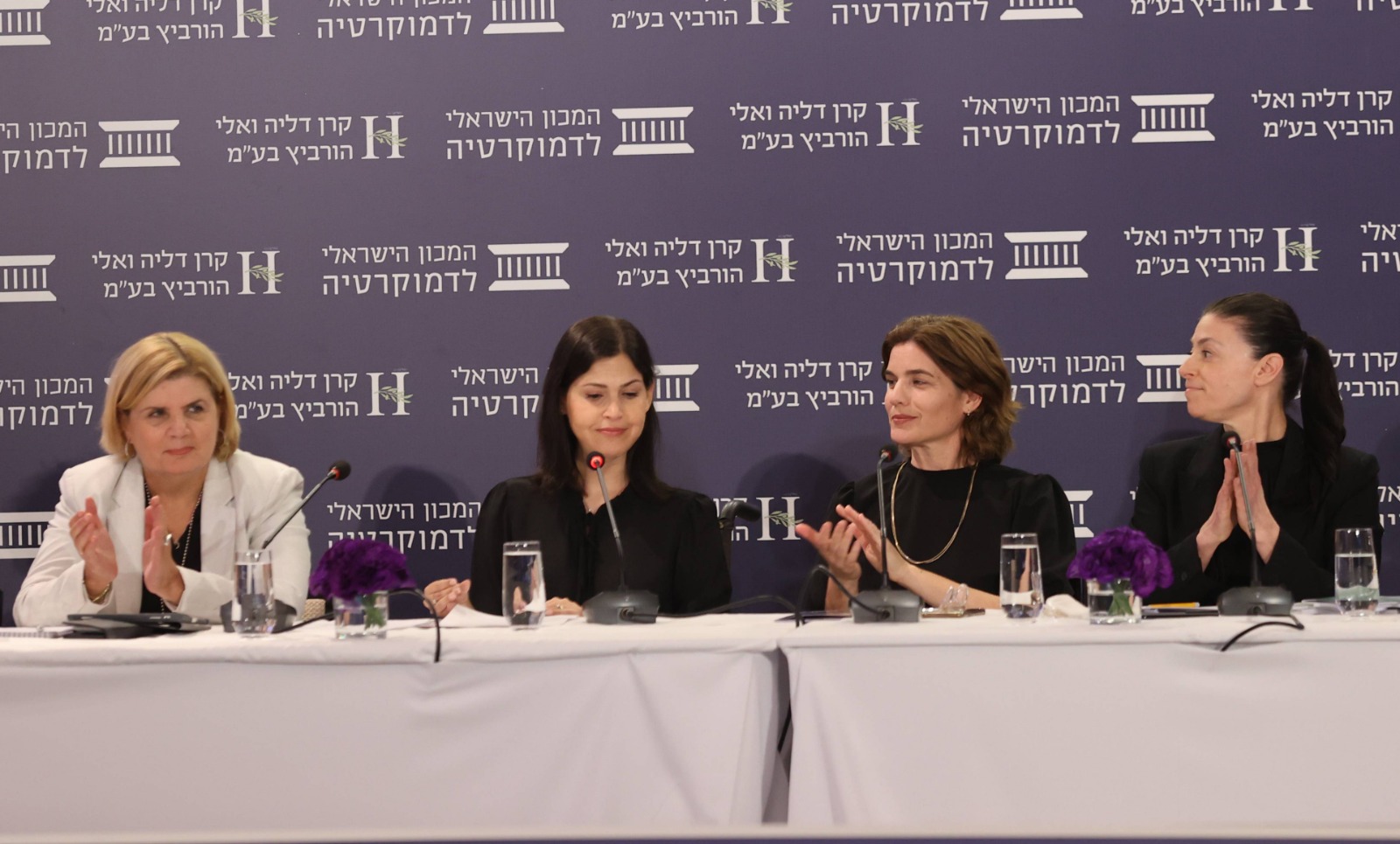 The climate crisis is an international social, economic, health and environmental threat, one of the greatest known to mankind. For the first time, one of the guidelines of Israel's new government is the commitment to address the climate threat as part of the international effort to reduce greenhouse gas emissions, as well as to the country's preparedness for the effects of the climate crisis on a local level.

Minister of Environmental Protection Tamar Zandberg, Minister of Energy Karin Elharar, Minister of Transportation and Road Safety Merav Michaeli and Minister of Economy Orna Barbibai announced today (Tuesday) at IDI's Eli Hurvitz Conference on Economy and Society, that in light of the strategic threat of climate crisis to Israel, a joint effort of government ministries are in favor of adopting the vision and strategy for the transition to a low-carbon, competitive and prosperous economy.

In addition, the government is committed to submitting Israel's objectives to the UN, in accordance with the Paris Agreement, with ambitious targets for reducing greenhouse gas emissions ahead of the forthcoming Glasgow Conference in November 2021. "Israel is part of the global effort to address the climate crisis. Streamlining the economy and reducing emissions will lead to an increase in the competitiveness of the Israeli economy," The ministers said in a joint statement.

Israel's national reduction targets will be 27% and 85% in greenhouse gas emissions in 2030 and 2050 respectively (reduction relative to Israel's greenhouse gas emissions in 2015). These goals will put Israel on a par with other developed countries in the world. The service also agreed that the government and local authorities need to be prepared to deal with the effects of the climate crisis that is already here.

"Government investment in reducing emissions and tackling the climate crisis is a socio-economic opportunity to promote distributive justice, create green growth levers and leverage Israeli innovation and creativity to develop solutions for low-carbon and circular economies," the ministers noted.

Israelis committed to completing the multi-sectoral process shared by the Ministries of Environmental Protection, Transportation, Energy and Economy, in a process carried out with the Director of Planning and the Israel Democracy Institute, to bring the goals and strategy formulated, as soon as it is approved by the government.

The government has instructed the professional staff and senior officials in the relevant ministries to emphasize in their work plans the issue of climate and to prepare for the main steps necessary to implement these objectives. In the coming months, targets for reducing greenhouse gas emissions in the transportation, industry, electricity generation and waste sectors will also be submitted to the government for approval, as well as an action plan to achieve these goals.

This inter-ministerial cooperation will contribute to Israel's economic and social resilience and prosperity in the face of the climate crisis.

“For decades the efforts of the climate change movement have focused on getting governments to act, but in reality it is the companies that create pollution not the governments. Therefore, our efforts in recent years have focused on measuring the impact of companies on the environment and people." said Sir Ronald Cohen, Chairman, Global Steering Group for Impact Investment.

"The world is moving towards transparency of impact (impact) and regulators will have to enter the picture to ensure that companies publish weighted reports on their impact. In recent years, we have published data on the environmental impact created by companies' activities and products. We have collected this data and analyzed its economic significance. To give you a glimpse into the future, out of 1,800 companies measured - 250 of them created more environmental damage than profit in one year. The 1,800 companies together created damage worth three trillion dollars a year."

Cohen added that "the power in producing these data lies in the possibility of linking them to the value of public companies traded on stock exchanges. From this, it appears that the more polluting companies are less equal in world stock exchanges compared to competitors."

In summary, Cohen noted that, "Governments will have to intervene and demand that the reports that are published be not only profitable, but also the various effects that companies create through their activities, such as employment policies and the impact of their products on people and the planet."

A series of team-led research and policy recommendations on issues closely related to the conference sessions will be presented during the conference on June 29-30, at the Orient Hotel in Jerusalem and online on IDI's website.

Tags:
Economy and Governance,
climate change,
Eli Hurvitz Conference on Economy and Society,
Center for Governance and the Economy