Equality should be enshrined in a broad Basic Law that defines Israel as a democratic state - to create the proper balance between the Jewish and democratic components of Israel's identity, a balance that was upset by the Nation-State Law 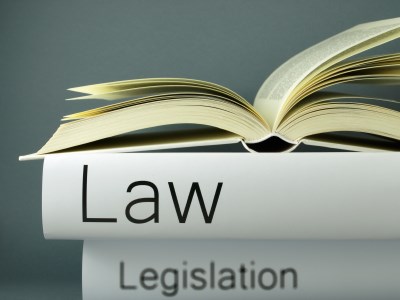 The Knesset’s Constitution, Law and Justice Committee began a series of debates this week on anchoring the equality among all citizens in Israel’s Basic Laws, which serve as the equivalent of a constitution.

One should commend the committee’s chairman, Labor’s Gilad Kariv, for his initiative in continuing the task of formulating Israel’s constitution; in this case-- attempting to rectify a shameful situation whereby, 73 years after the state’s establishment, there is still no Basic Law to guarantee the obvious: In a democracy, everyone is equal before the law, and there is no discrimination between one individual and another. These are elementary concepts which appear in every constitution around the world as cornerstones of democracy.

Israel’s Basic Laws lack this bare minimum, and each initiative to legislate such a Basic Law, unleashes shameful debates in which lawmakers vote for or against equality. In each of these debates, the minutes record statements such as, “Obviously, all citizens are equal, but…” followed by a long list of bogus excuses, as if there were a logical reason why full civic equality, as promised in the Declaration of Independence, should not exist in Israel. In effect, opponents of such a clause support claims made by Israel’s adversaries, whereby a Jewish state, by definition, cannot be democratic or egalitarian, even though equality is a Jewish and Zionist value deriving from the history of Jews as a persecuted minority.

There is a good reason to address this now: The 2018 Nation State Law Equality, was already absent from the web of Basic Laws, and the passage of the law made its absence all the more apparent. The Supreme Court softened the impact when it ruled that a balance must be struck between the Nation State law and the Basic Law: Human Dignity and Liberty. The court had previously ruled that the latter includes the right to equality. However, the court did not completely negate the Nation State law’s impact.

A constitution is not just a matter for the courts. A constitution conveys a message that speaks to the nature of a country, while the Nation State Law conveys a message of exclusion, that is-- that the state “belongs” exclusively to its Jewish citizens, and that their citizenship is of greater value w than that of Arabs. It is a devastating message in a democratic country. Thus, anyone who believes that Israel is the nation-state of the Jewish nation, as I do, must insist on an explicit commitment to equality of all citizens.

That’s how it works in every nation-state. Even in nations that are not suspected of being excessively liberal (Hungary or Croatia, for example), there is a constitution which, alongside a definition of the country as a nation-state, explicitly declares that it is the state of all its citizens. There are also clauses declaring absolute equality before the law.

In contrast to the intimidations voiced in debates like the ones held last week, there is no contradiction between the Law of Return and civic equality. The Law of Return does not grant rights to Israeli citizens, but rather-- to foreign ones. As has been repeatedly argued in Supreme Court rulings, including one by former Supreme Court President Aharon Barak, it does not contradict the basic values of this country. In fact, it concretizes it as a Jewish and democratic country. Given the passage of the Nation-State Law, no one could argue that a law enshrining equality would imperil this principle.

Anchoring the right to equality in a Basic Law can be achieved through the legislation of a separate Basic Law or through an amendment to the Basic Law: Human Dignity and Liberty. But that is not enough. The underlying concept of equality should be codified in a broader Basic Law that defines Israel as a democratic state: Namely, an egalitarian state respectful of the rights of minorities, the rule of law, separation of powers, and a system of checks and balances. It is at that point that we could say y that this country’s constitution stands on its own two feet, arriving at the proper balance between the two components of Israel's identity -- “Jewish and democratic,” a balance that was upset by the Nation-State Law.

The article was published in Haaaretz.