Dr. Reuven (Ruvi) Ziegler responds to the new amendment of the Prevention of Infiltration Law, following the Israeli Supreme Court decision that mandated that lengthy detention of asylum seekers is unconstitutional. 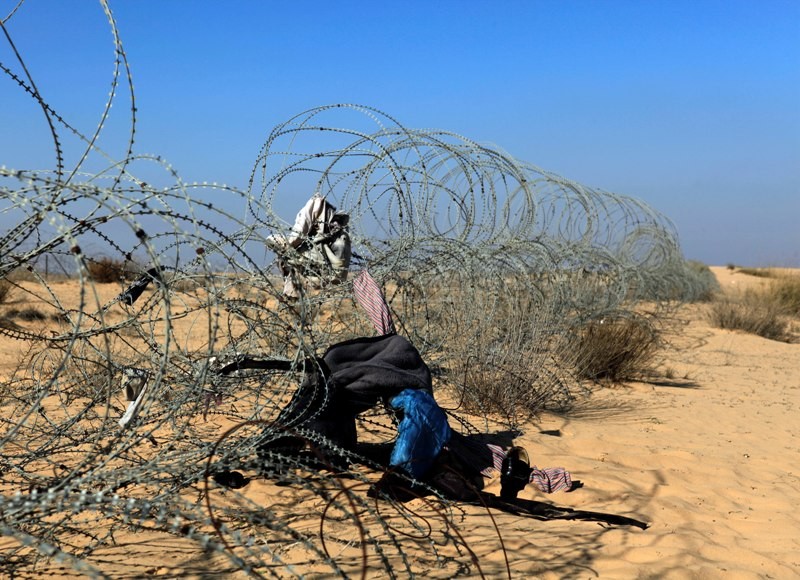 On 16 September, 2013, the Israeli Supreme Court, sitting as a High Court of Justice (HCJ), handed down a unanimous judgment quashing the 2012 Prevention of Infiltration (Amendment no. 3) mandating lengthy detention of asylum seekers. Elsewhere, I have analysed the judgment. The HCJ set a 90-day period during which the State had to release 1,811 asylum seekers detained under the quashed amendment. In light of the State's feet-dragging in releasing asylum seekers, the petitioners have filed a contempt of court claim, leading the State to announce that it will publish weekly updates regarding the release rate. According to the latest figures published on 1 December 2013, only 538 of the 1,811 detainees have been released to-date.

By contrast, the government moved with extraordinary swiftness to enact new legislation that will enable it to continue detaining these asylum seekers before the 90-day period expires. It published a bill on 7 November 2013, and a modified version of the bill (available in Hebrew only) passed first reading  on 25 November 2013 by a 43 to 16 majority. The Knesset (Israel's parliament) Internal Affairs and Environment Committee concluded its scrutiny of the bill on 4 December 2013.

The new bill mandates detention of new 'infiltrators' crossing Israel's southern border for one year (instead of three years under the quashed legislation). It is noteworthy that several of the justices explicitly noted in their separate opinions regarding the quashed amendment that any prolonged detention used as a means of deterrence is improper, and that imprisoning people who cannot be deported is unconstitutional; hence, the critique of the quashed amendment applies mutatis mutandis.

In addition, the bill introduces indefinite detention of persons presently in Israel who cannot be refouled, including those currently held in 'closed' detention. Detainees will be held in an "open facility" located in the Negev desert (its current capacity is 3,300. I would argue that this legislative component is arguably more draconian than its quashed predecessor considering (a) the virtual halt in new entrants (b) the explicit recognition of the non-deportability of prospective detainees (c) the pretence of referring to the detention centre as 'open' (d) the absence of judicial oversight.

The Virtual Halt in New Entrants

The quashed amendment was introduced in January 2012, when roughly 1,000 persons crossed Israel's southern border each month; the measures were draconian and evidently unconstitutional, but the impetus to act can at least be understood absent a physical barrier (at the time). By contrast, since the erection of a fence along the border, unauthorised border-crossings virtually stopped: only 36 persons crossed Israel's southern border between January-September 2013, none of whom during August-September, according to official data published on 17 November 2013. Against this background, the new legislation appears a classic case of using a sledgehammer to crack a nut.

Some 92 percent of the 54,000 asylum seekers in Israel come from Eritrea and Sudan: Israel recognizes that they cannot be removed, whilst refraining from considering their eligibility for refugee status (except for asylum applications filed by persons detained pursuant to the quashed amendment). Crucially, Israel does not grant persons who cannot be refouled subsidiary or complementary protection. Rather, the State operates a 'temporary non-removal' policy (see my analysis): it grants Eritreans and Sudanese 'permit 2A(5)' which denies them access to social security and nonemergency medical services, and does not entitle them to work. Section 32D(a) of the bill explicitly stipulates that detention pursuant to its provision is intended for persons who cannot be removed, who will be detained pending their (unforeseen) removal, voluntary repatriation, or until another date determined by the Ministry of the Interior appointee. Indeed, the Entry to Israel Act already authorises detention of persons whose removal is imminent in order to secure or facilitate such removal: the proposed bill purports to detain indefinitely persons who cannot be removed.

Notably, the decision which of the tens of thousands of Eritreans and Sudanese currently residing in Israel will be sent to the new facility will be made by the Ministry of the Interior's appointee, without having to justify it and without clear criteria save for their non-deportability. Accordingly, individuals' rights stand to be violated in a discriminatory and selective manner. The implicit (perhaps explicit) aim may be that persons fearing indefinite detention will decide to leave 'voluntarily'. Indeed, in its 17 November 2013 meeting, the government approved a proposal to increase the grant to asylum seekers repatriating voluntarily to 3,500 USD.

The explanatory notes suggest that the HCJ considered an 'open facility' as a permissible (constitutional?) alternative. Indeed, paragraphs [104-107] of the main judgment, written by Justice Arbel, can be read as such. However, the legislative stipulations clearly indicate that the facility will be a de facto prison. It will be managed by the Israel Prisons Authority, whose only expertise is managing prisons; the disciplinary measures and operational imperatives provided by the legislation are similar to those employed in prisons. The prisons authority will conduct searches on anyone entering the facility and may regulate permitted and prohibited materials; it will provide welfare and medical services (as it does in prisons). Special regulations will be enacted to facilitate holding children and families in the facility, though the provision mandating the provision of education which appeared in the original bill was conspicuously removed from the bill in its first reading.

Detainees will be prohibited from working, and will be required to assemble three times a day in order to be counted. The facility will be closed shut at night, and leaving the facility for more than 48 hours requires a special permit. The facility's location in the desert, in the middle of IDF training area, far from any civilian settlement, and adjacent to the closed detention facility (Saharonim) where asylum seekers are currently held, means that there is nowhere for the detainees to go.

The Absence of Judicial Oversight

Section 32T of the proposed amendment authorises the borders supervisor, a Ministry of the Interior appointee, to move a detainee from the 'open' to the 'closed' facility for periods ranging up to a year as a sanction for certain transgressions, including: failing to report on time for the three daily counts; working outside the facility; and endangering public order or national security. The appointee's decisions will not be subject to judicial oversight; indeed, nor is the initial decision which persons to detain in the 'open' facility.

Justice Arbel wrote in her judgment: '[w]e cannot deprive people of basic rights, using a heavy hand to impact their freedom and dignity, as part of a solution to a problem that demands a suitable, systemic and national solution.' She emphasised that '[w]e cannot forget our basic values, drawn from the Declaration of Independence, as well as our moral duty towards every human being, as inscribed in the country's basic principles as a Jewish and democratic state.' The HCJ judgment presented the State with an opportunity to reconsider its approach and devise a policy that meets the needs of the 54,000 asylum seekers currently living in Israel who cannot be deported, and addresses the hardships of the residents of south Tel Aviv (where many asylum seekers currently reside). Instead, the proposed bill purports to tackle the non-existent problem of future asylum seekers entering Israel, using present asylum seekers as a means to that end.