Ruvi is Associate Professor in International Refugee Law at the University of Reading, School of Law, where he is Director of the Global LLM programmes in Human Rights, International Law, and Advanced Legal Studies. Ruvi is also an Academic Fellow of the Honourable Society of the Inner Temple; Convenor of the 'Civil Liberties and Human Rights' Section of the Society of Legal Scholars; Editor-in-Chief of the Refugee Law Initiative (Institute for Advance Legal Study, University of London) Working Paper Series; and Research Associate of the Refuge Studies Centre, Oxford. Ruvi's public engagements include advising 'New Europeans'; 'Britain in Europe' academic expert; chairing the Oxford European Association; and serving on the advisory council of 'Rene Cassin'. Previously, Ruvi was a visiting researcher at Harvard Law School’s Immigration and Refugee Clinic and with the Human Rights Program; a Tutor in Public International Law at Oxford. He has served as a legal advising officer in the Military Advocate General's unit of the Israeli Defence Forces. 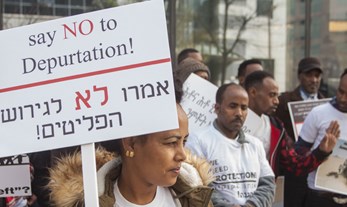 The Israeli government’s plans to deport en masse thousands of persons in need of international protection to undiscolsed ‘third contries’ pursuant to secret (denied, and effectively unenforcable) agreements are deeply troubling from a refugee and human rights law perspective. They should be called off.

Israel refuses to officially disclose the identity of the states to which relocation takes place. 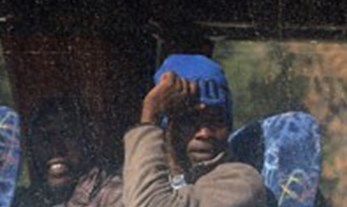 IDI researcher Dr. Ruvi Ziegler appraises the judgment of the Israeli Supreme Court in the third round of constitutional challenges to legislation authorizing detention of asylum-seekers in Israel. He critiques the judicial assessment of explicit and hidden legislative objectives, the role of international refugee law in the decision, and the normative question of irregular entry of asylum-seekers, and highlights legal challenges concerning the removal of asylum-seekers from Israel to third states. 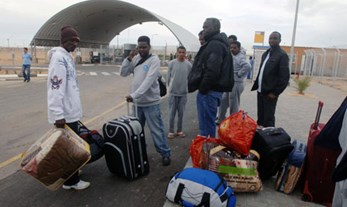 IDI Researcher Dr. Reuven (Ruvi) Ziegler presents a brief overview of the Israeli High Court of Justice's decision to strike down Amendment No. 4 of the Prevention of Infiltration Law, and explores several themes that may be of comparative constitutional interest. 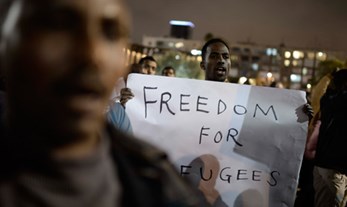 IDI researcher Dr. Reuven (Ruvi) Ziegler explains why he believes the Supreme Court should overturn Amendment No. 4 of the Prevention of Infiltration Act just as it invalidated its predecessor.

Dr. Reuven (Ruvi) Ziegler shares observations on the decision of the Israeli Supreme Court that an amendment of the Prevention of Infiltration Law that mandated lengthy detention of asylum seekers is unconstitutional.

On the occasion of International Migrants Day and an IDI roundtable on Israeli immigration policy, IDI researcher Adv. Reuven (Ruvi) Ziegler provides an overview of the treatment of African asylum seekers who have crossed into Israel via its southern border.

IDI researcher Attorney Reuven (Ruvi) Ziegler argues that the response of the Israeli government to the plight of 20 Eritrean asylum seekers trapped between the fences of the Israeli-Egyptian border tests Israel's adherence to rulings of its own Supreme Court.

On January 10, 2012 an amendment to the Prevention of Infiltration Act passed its second and third reading in the Knesset. In passing this act, the government—and the Knesset—chose to walk down a path that is incompatible with the protection of human freedom that is embedded in Israeli constitutional law and that is incompatible with Israel’s obligations under international refugee conventions. Below is a condensed version of an article on this matter that was written by Adv. Reuven (Ruvi) Ziegler for the IDI Hebrew website.

In this article, IDI Researcher Adv. Reuven (Ruvi) Ziegler surveys Israel's regulations regarding refugees and asylum seekers and points to three areas—eligibility for asylum, the rights of asylum seekers, and detention—in which they are incompatible with the UN refugee convention.