Dr. Amir Fuchs argues that an override of Supreme Court decisions should be stoutly resisted by democrats from all parts of the political spectrum. 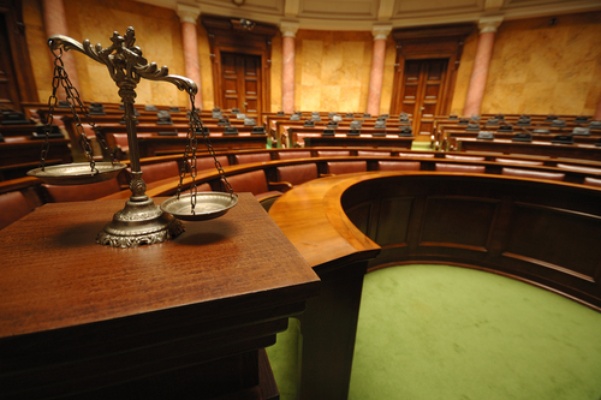 Published in: The Jerusalem Report

During the recent coalition negotiations the concept of enabling the Knesset to re-enact laws struck down by the Supreme Court through a mechanism known as the "override clause" resurfaced. A similar proposal had been discussed by the outgoing Knesset in the form of an amendment to the Basic Law: Human Dignity and Liberty. It was approved by the ministerial committee on legislation but frozen by then justice minister Tzipi Livni.

The idea had initially been raised by former justice ministers Daniel Friedmann and Ya'akov Ne'eman, who proposed including an override clause in the proposed Basic Law: Legislation. Some of the earlier versions stipulated a special majority of 70 Knesset Members in order to override the court; others, however, sufficed with a majority of just 61 of the 120 Knesset members, as does the current proposal.

Anyone who cares about safeguarding human rights in general and minority rights in particular should oppose the override initiative. Israel's Basic Laws, especially the Basic Law: Human Dignity and Liberty, together constitute an incomplete Bill of Rights. They enshrine, inter alia, the right to human dignity, liberty, freedom of movement, privacy, occupation and property.

In several Supreme Court rulings, the Basic Law: Human Dignity and Liberty has been interpreted as also including freedom of expression and the right to equality. To create the potential for overriding those fundamental rights would be to burrow a huge hole in the protective wall around human rights and democracy in Israel.

The argument that the will of the elected legislators should take precedence over the unelected Supreme Court is not convincing; any system of government that enables the majority to ride roughshod over the rights of the minority is not a democracy. For example, even if passed by a large majority, a law forbidding Arabs from driving in Jerusalem and its environs would not be legitimate. If we were to allow a system in which such a law could be validated through an override clause, we would not be able to go on telling the world – or ourselves – that in Israel basic human rights have constitutional protection.

In the constitutions of virtually all democratic countries there is no override clause. Canada is the sole exception. There a general override clause was included as part of a compromise between the federal government and the provinces when the Canadian charter of rights and freedoms was established. Israel, however, is not a federation of provinces insistent on retaining cultural independence. Nor is the proposed override clause part of a historic compromise including a full Bill of Rights.

The comparison to Canada, therefore, is irrelevant. All it shows is that Canada is the exception that proves the rule – that constitutional rights should be immune to abrogation by any majority whatsoever, precisely because the very essence of a constitution is that it cannot be overridden by any chance parliamentary majority.

In Israel, there is no doubt that the Knesset would make frequent use of an override clause. Indeed, it is reasonable to assume that commitments to apply it in specific circumstances could be part of coalition agreements, possibly even of those now being drafted.

Some of the pressure for the override clause comes from the ruling Likud party. Ironically, it would have been opposed tooth and nail by Likud's revered founding father Menachem Begin. "An elected parliamentary majority could be a tool in the hands of a governing clique and a cover for its tyranny," Begin wrote in 1952.

"Therefore, a people that chooses free elections must establish its rights vis a vis the parliament lest a majority that serves the regime, rather than overseeing it, tramples those rights. This," he continued, "can only be achieved through the supremacy of the law – that is by enshrining civil liberties in a basic or higher law and granting a panel of judges the authority to revoke the validity of any law that runs counter to the basic law and contravenes civil liberties."

As Begin implicitly understood, an override clause is likely to deal a death blow to the protection of individual and minority rights in Israel. It should be stoutly resisted by democrats from all parts of the political spectrum.

This article was originally published in the Jerusalem Report on May 17, 2015.