In an op-ed in Maariv, Attorney Amir Fuchs warns that force feeding hunger striking prisoners is a serious violation of human dignity, and should not be permitted in order to serve public relations efforts of the State of Israel. 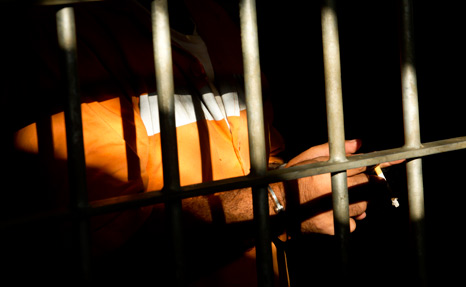 On May 18, 2014, the Ministerial Committee on Legislative Affairs approved draft legislation submitted by the Ministry of Public Security to amend the regulations regarding hunger strike damages in the Israeli Prisons Ordinance. The proposed legislation, which would allow the state to ask a district court judge to approve forced feeding of a prisoner that would include the use of force by a prison guard, is intended to address hunger strikes that pose a significant danger to the health or the lives of prisoners.

If approved, the legislation would severely violate the prisoner's right to human dignity, primarily in order to prevent the prisoner from winning "a political-PR victory." The state should wage its public relations battles with advocacy tools rather than invasive procedures that involve the bodies of prisoners.

Today, under the Patient's Rights Law, which also applies to prisoners, prisoners cannot be forced to eat against their will as long as they are conscious and continue to refuse. The Code of Ethics of the Israel Medical Association and the International Code of Medical Ethics of the World Medical Association also prohibit physicians from participating in force-feeding.

The main reasons for the new legislation cited in the memorandum include the responsibility of the Prisons Authority for the health of prisoners, the need to maintain order and security in prison, and concern for protecting the security of the state and ensuring public safety. The memorandum's explanatory notes recognize the amendment's violation of fundamental rights—primarily, the right to freedom of expression. A hunger strike is a tool that prisoners use to protest and to try to influence public opinion, and silencing this tool is indeed a violation of the prisoner's freedom of expression. The memorandum, however, almost totally ignores the central right that is violated: the right to human dignity. Any medical treatment that is administered against someone's will with the use of force is a violation of "human dignity" in the most basic meaning of the term. Accordingly, the memorandum must meet the strict conditions stipulated in Israel's Basic Law: Human Dignity and Liberty regarding laws that constitute a direct violation of human dignity.

The proposed legislation does not meet the requirements of proportionality because there is no acceptable justification for such a severe violation of a prisoner's human dignity. The first justification in the explanatory notes, which concerns the prison's responsibility for the life of the prisoner, disregards the fact that any obligation to the prisoner's health is subject to the Patient's Rights Law. The arguments regarding possible disturbances of public order and potential harm to state security are not convincing. The fact that a person is a prisoner does not allow the state to do whatever it wishes to his body in order to prevent other people from engaging in disorderly conduct. The only punishment to which the prisoner was sentenced is imprisonment, and as long as the prisoner himself is not dangerous, additional restrictions may not be imposed on him in order to prevent disorderly conduct. The same applies to a detainee who is being held because he poses a threat to national security.

Beyond the above, I believe that there is an additional reason lurking between the lines of the explanatory notes, and that it is the real and primary reason for the draft legislation. It seems, in fact, that the state is trying to prevent prisoners from winning a "political-PR victory." Hunger strikes are seen as putting problematic issues, such as administrative detention and the justification for this practice, on the public agenda—issues that the state would prefer that the public would not discuss.

Prior to the meeting of the Ministerial Committee on Legislative Affairs to discuss the draft legislation that would amend the Israeli Prisons Ordinance to allow court-ordered force-feeding of prisoners, IDI's Prof. Mordechai Kremnitzer, Attorney Amir Fuchs, and Mr. Hanan Cidor submitted a legal opinion warning that the memorandum would allow a violation of human dignity that is not proportional in order to prevent a political-PR victory by the hunger strikers. To read the full text of the legal opinion, click here (Hebrew).

This article was first published in Hebrew in Maariv on May 21, 2014.