A joint conference convened by the Lautman Foundation, IDI, and the Open University, during which President Ruby Rivlin awarded letters of recognition schools throughout Israel that have stood out in the pursuit of cooperation and dialogue between different segments of Israeli society, and against violence and racism. 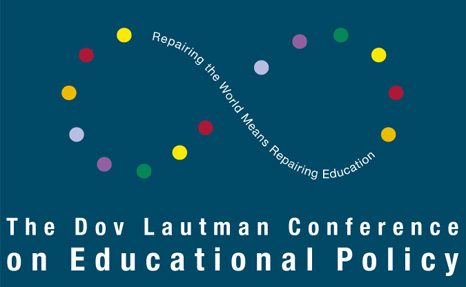 In Israel today, we see many trends that indicate a decline in democratic values, such as expressions of hatred, violence, and a lack of tolerance for the "Other" or for different political opinions. IDI's annual Israeli Democracy Index shows that the greatest questioners of democratic values, in comparison to other social sectors, are Israeli youth.

The Dov Lautman Conference on Educational Policy is the product of many months of work by researchers and project teams who formulate plans of action for instilling democratic values in the Israeli education system. The conference focused on the following questions: Is Israel doing enough in order to educate the young generation about citizenship in a democratic society? Is education for democracy the right tool for this? If so, how should it be used? What is the role of the Israeli education system in this field?

During the conference, Mr. Reuven (Ruby) Rivlin, President of the State of Israel, presented letters of recognition to schools throughout Israel that have been outstanding in their pursuit of cooperation and dialogue between different segments of Israeli society, as well as in their efforts to combat violence and racism.