Less than two weeks before President Barack Obama hands over the Oval Office to President-elect Donald Trump, the majority of Jewish Israelis (57%) are letting him know they think his attitude toward Israel during his tenure was unfriendly.

On the other hand, the latest Peace Index, published by the Israel Democracy Institute and Tel Aviv University, found that some 69% of Jewish Israelis expect Trump’s attitude toward Israel to be friendly. This belief stretched across all political camps – right: 80%, moderate right: 76%, center: 62%, moderate left: 57%, left: 54% – all said they expect Trump to be friendly toward Israel.

The Arab public (74%) agrees with the assessment that Trump will be friendly toward Israel.

Taken between January 2 and 3, 2017, the January Peace Index also examined the implications of the United Nations Security Resolution on building in the settlements (2334) and U.S. Secretary of State John Kerry’s subsequent address, the public’s positions on the Elor Azaria trial and its expectations for 2017.

We asked, “In the wake of the Security Council’s resolution, in your opinion, should or should not Israel cease construction in the territories?” Some 62% of the Jewish public replied that building should continue.

Seventy-one percent of the Jewish public assesses that under the Trump administration Israel will be able to keep building in the settlements. In the Arab public that rate is even higher, 81%.

Following the passing of UN Resolution 2334, Kerry gave a speech condemning Israel. During that talk, he said that if there is not two-state solution and “the choice is one state, Israel can either be Jewish or democratic – it cannot be both.” A majority (58%) of the Jewish public rejects that assertion.

Diagram of the month:
In his speech last week U.S. secretary of state Kerry said that if the two-state solution is not implemented and one state emerges between the Jordan and the sea, it will be either Jewish or democratic but cannot be both Jewish and democratic. In your opinion, is this statement right? (% right, Jews, by political camp) 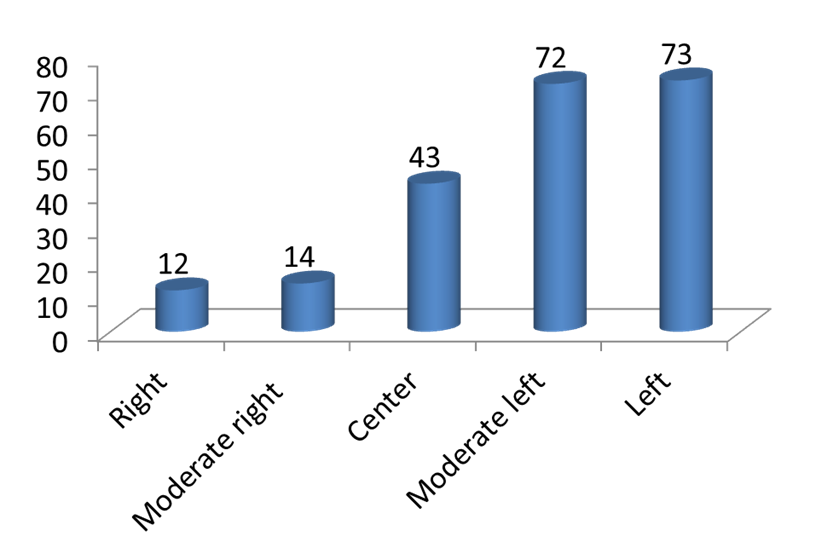 THE TRIAL OF ELOR AZARIA

Last week, the military court convicted Sgt. Elor Azaria of manslaughter. Days before the verdict was delivered, the majority (57%) of Jewish Israelis held that Azaria’s trial had been conducted unfairly.

When analyzing the trial’s fairness by age: the rate that thought the trial was conducted unfairly was especially high among young adults ages 18-24 (72%), compared to a range of 43%-60% among the other age groups.

An interesting finding is that the highest rate of respondents in the Arab public (46%) also thought the trial was conducted unfairly, though probably for different reasons than those who thought so in the Jewish public.

A large majority (70%) of the Jewish public are optimistic about their personal future in 2017. In the Arab public, 77% are also optimistic.

When asked, “With the start of 2017, do you feel optimistic about Israel’s future?” 50% of Jewish Israelis and 48% of Arab Israelis say they are optimistic.

About the Monthly Peace Index
The Peace Index is a project of the Evens Program for Mediation and Conflict Resolution at Tel Aviv University and the Guttman Center for Public Opinion and Policy Research of the Israel Democracy Institute. This month's survey was conducted by telephone on January 2 and 3, 2017, by the Midgam Research Institute. The survey included 600 respondents (500 Jews, 100 Arabs), who constitute a representative national sample of the adult population aged 18 and over. The maximum measurement error for the entire sample is ±4.1% at a confidence level of 95%.

For the full questionnaire, visit http://www.peaceindex.org/English.