Thursday, January 31, 2013, Israel Democracy Institute, Pinsker 4, Jerusalem – The recent Israeli elections results yielded several surprises, leaving pundits and politicians alike wondering what Israel's political future will bring.  Before speculating about the makeup of Israel's next government, it is crucial to understand the underlying principles that govern the coalition building process.

IDI's Dr. Ofer Kenig has compiled a list of Frequently Asked Questions to help make sense of the next steps for Israel's newly elected 19th Knesset: 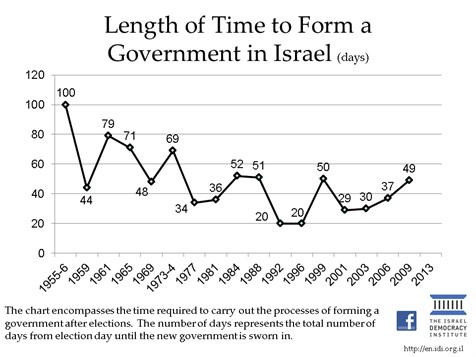 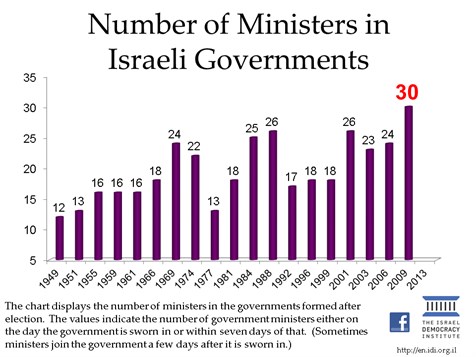 How many ministers does each party get?
In principle, the number of ministers per party is determined by the size of the party relative to the entire coalition. For example, if it is decided that one in four party members will receive a ministerial position, a party with 20 seats will receive five minister portfolios. This is a rule of thumb, and there may be exceptions.