What explains the extraordinary accomplishment of Yair Lapid’s Yesh Atid party in the 2013 Knesset elections? In this op-ed, originally published in Haaretz, IDI researcher Attorney Amir Fuchs points to one factor that is sometimes overlooked: the fact that the liberal right was left without a political home in the elections of 2013. 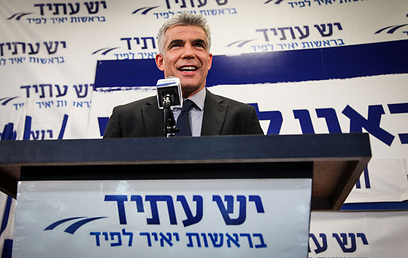 The extraordinary accomplishment of Yair Lapid's Yesh Atid party in the Israeli elections was a result of a number of factors, including the social protest of the summer of 2011 and the lack of any other dominant centrist party. But when one considers the balance of power between the two blocs, another factor emerges clearly: several mandates that clearly belonged to the right voted for Yesh Atid (as did other populations, of course). This is not surprising, since the liberal right was left without a political home in the elections of 2013. During the primaries that took place prior to the elections, almost all the liberal Knesset members were expelled from the Likud—the National Liberal Party—in disgrace, and were replaced by prominent supporters of the recent wave of anti-democratic legislation and by people who believe that the Jewish aspect of the state is more important than its democratic aspect, who ranked high on the party's Knesset list.

As if that was not enough, the Likud's alliance with Israel Beiteinu and the accompanying formation of Likud-Beiteinu turned all Likud voters, whether they liked it or not, into supporters of Avigdor Liberman, Faina Kirschenbaum and David Rotem. These members of Knesset are the originators of the "loyalty-citizenship" bills, the visionaries behind the racist Admissions Committee Law, and the conceivers of the McCarthyist committee of inquiry that targeted human rights organizations—organizations dubbed by Lieberman "supporters of terrorism."

Contrary to the repeated claims of the right that Likud ministers who are faithful to democracy are "traitors" to the right, and the repeated claims of the left that anyone who holds democracy dear is "a leftist at heart," these elections have proven once again that the liberal right is alive and kicking. And to a certain extent, it is the liberal right that determined the election results, as it greatly weakened the advantage that the right had in the balance of power between the two blocs, which was so clear after the previous elections.

Similarly, it has been proven that contrary to claims of the outgoing coalition, racial discrimination and the exclusion of Israeli Arabs are not the "will of the people." The "people" are also not interested in persecuting others and silencing others based on politics. The "people" similarly do not wish to give up the Supreme Court's protection against the arbitrariness of the government. It also appears that the nationalist legislation that has been deemed "populist," was not so popular after all (except in the Likud primaries).

The outgoing coalition, intoxicated by power, tried to grab as much as it could, simply because it had the opportunity to do so. The citizens of Israel reminded the coalition that in a democracy it is the people who are the sovereign, not the "majority."

The Likud has remained in power, but the election results leave no room for doubt: the Israeli people demand democracy and moderation. They want less persecution of the Other. They want normality.

A version of this article was published in Hebrew in Haaretz on January 30, 2013.