At IDI's conference Former Defense Minister MK Avigdor Liberman said he will not advance the recruitment plan he had drafted with the Ministry of Defense. "Every 18-year-old will be required to enlist." 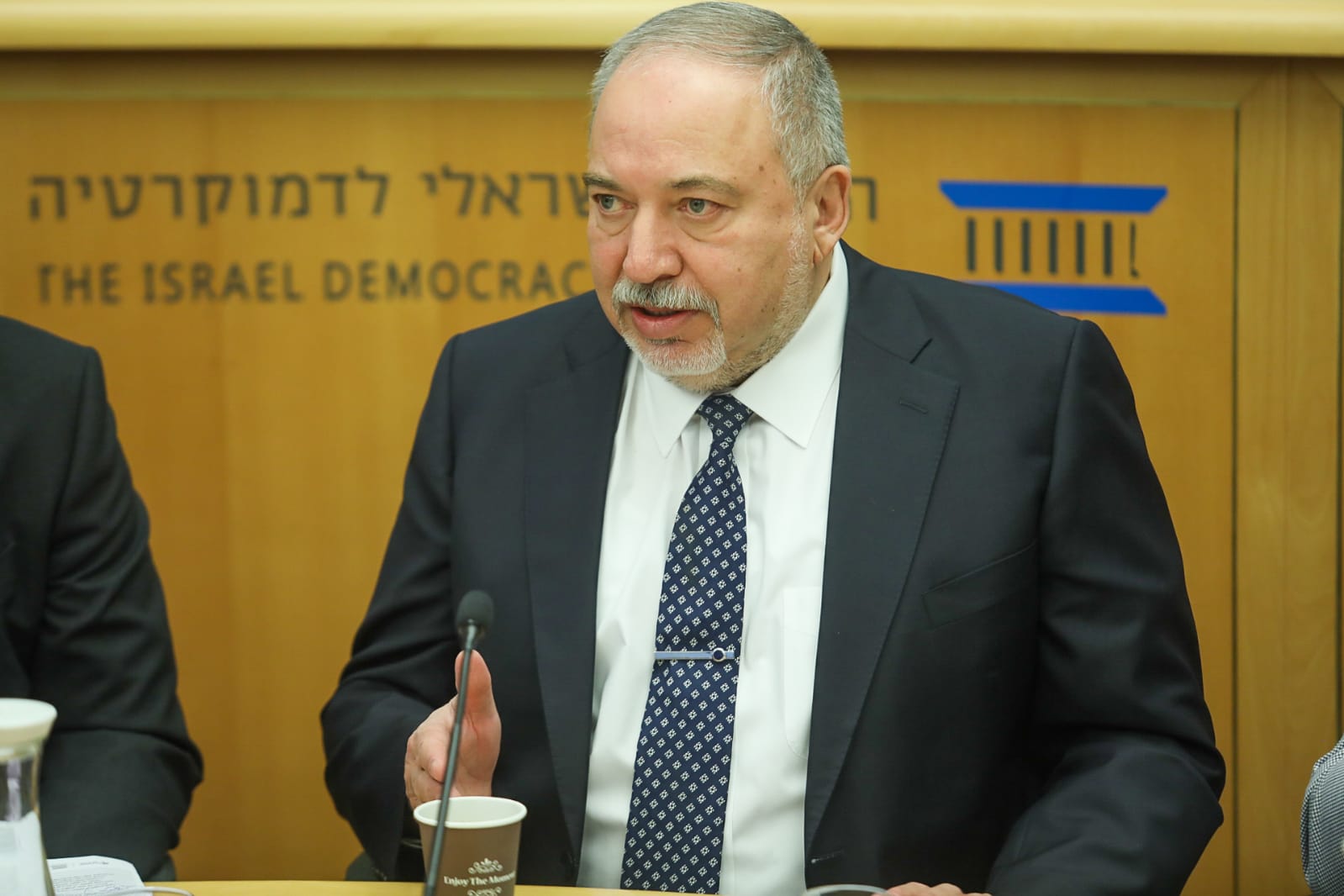 Today (Monday), the Center for Nation, Religion, and State, at the Israel Democracy Institute held a conference in collaboration with civil society organizations. The conference focused on fundamental questions of religion and state – the institution of the Rabbinate, the crisis with regard to Israel’s relationship with Diaspora Jewry, challenges regarding the conversion process, gender discrimination and more.

On the question of the Prime Minister’s indictment, the French law, the judicial system, and what the next government will look like, MK Avigdor Liberman, Yisrael Beitenu said: "If the Prime Minister gains 61 seats without us, he will pass the Override Clause and the French law. We will probably not be partners in a “Halachic” (“religious”) government. The Prime Minister should resign. Everyone needs to know when to hang up their shoes (...) Twice in the past, we blocked the formation of a Halacha government in exchange for immunity.”

On joining a government with the ultra-Orthodox parties, Liberman said: "I am not joining a government that includes ultra-Orthodox parties – it's time for a 'cooling-off' period for them; it is not healthy to always be in power and financed by the government’s purse. Among the Zionist parties, we must reach consensus on questions of religion and state. The ultra-Orthodox take advantage of the fact that until now there has been no document such as the one being presented today that aims to achieve consensus among the Zionist parties on the issue of religion and state." Liberman also added: "We have to fix some of the basics including the judicial system, which is far from being perfect (...), but the attempt to escape the issues and solve everything with an override clause is misguided.

In response to questions by Yohanan Plesner, President of the Israel Democracy Institute, as to whether he will take the proposed Draft Bill off the agenda, MK Liberman replied: "Yes. It is a bill that was drafted by the defense establishment, but is no longer relevant.” With regard to the recommendations of the Numa Committee, Liberman noted that "one of the laws that we will immediately propose when the Knesset is established is that every 18-year-old young man, regardless of whether he is Muslim, Christian, Circassian, or Druze – must be drafted."

On the escalation of the security situation in the south, Liberman said: "Most of the Qatari money that arrived yesterday in the Gaza Strip is not channeled to address the welfare needs of the poor people there. The next round is a matter of hours or days. We go on and on without any purpose; there’s no final station at the end of the track, and we haven’t defined what our endgame is on the Gaza issue.”

Dr. Shuki Friedman, Director of the Center for Religion, Nation and State, at IDI presented the proposed New Covenant on Religion and State in Israel, initiated by the Israel Democracy Institute, in cooperation with "Neémanei Torah VaÁvodah” "Itim" the Institute for Zionist Strategy, Kolech, Mavoi Satum and the Center for Women’s Justice. "For years, we have been trying to reach consensus, and in the meantime, the disputes are tearing the Israeli public apart. There is a majority in Israeli society for the solutions presented in the document, and I hope it will serve as the basis for the work of the next Knesset on this issue."

MK Hili Tropper, Blue and White: "Blue and White is deeply committed to maintaining Israel’s Jewish identity, but in the moderate and pluralistic sense, in the spirit of Beit Hillel. It is sad that questions of religion and state and Judaism are now framed as 'a problem' that must be solved rather than a focal point for generating unity and solidarity. Coercion and use of political power will not strengthen Judaism – rather, it will push people away. There is an urgent need to resolve issues such as the conversion of hundreds of thousands of Israelis who come face to face with the Rabbinate’s locked doors, , and the kashrut system-- trapped in an ultra-Orthodox monopoly. Incidentally, it is sad that the Yemina party is absent from the debate on these burning issues and is not stating its position, one way or another. Indeed, the very fact that this Zionist party it running away from dealing with religious and state issues testifies to a great divide. It is impossible to say that 'we will protect the Jewish identity of the state,' while at the same time—not relating to questions regarding kashrut, conversion, religious councils, and the Chief Rabbinate. The Israel Democracy Institute's initiative is an important step in the right direction, towards a solution that is based on compromise on the explosive questions of religion and state."

MK Merav Michaeli, Labor-Gesher-Meretz: "The precondition for generating change on the issue of religion and state is the political will to make such change. This is a hot potato that no one in government wants to touch. The fact that the State of Israel, the only state of the Jewish people, does not offer the same religious freedom and recognition of all types of Judaism - is absurd. Secular politicians need to emerge from their profound ignorance on halakhic issues so that they can negotiate what is essential and what is less so."

Adv. Elad Kaplan, Director of Itim organization: "It is time to take responsibility and put in place arrangements and agreements on issues of religious and state that will work for the benefit of society. After a year in which religious struggles came up on the agenda again and again, we decided to come together and propose solutions on questions of conversion, marriage, and kashrut, which will preserve the State of Israel as a Jewish and democratic state, take into account the mosaic of communities that make up Israeli society, as well as our relationship with Diaspora Jewry. These issues are vital to our common future, and party leaders must commit to taking action on them."

Tani Frank, Head of the department of Religion and State in Neémanei Torah VaÁvodah: "The political system is stuck. We must pull the cork out of the bottle on issues of religion and state. In doing so, we will strengthen the Jewish and democratic identity of the State of Israel and put an end to a situation of two peoples in one state. We urge all party leaders to adopt the blueprint we are presenting and act towards achieving a common denominator and consensus, but not by unilateral coercion."