Special IDI survey finds that 45% of Israelis believe another assassination is possible; large majorities of leftwing voters, ultra-Orthodox and Arab Israelis see themselves as targets of incitement and 69% of the ultra-Orthodox believe that democracy is an essential component of Zionism 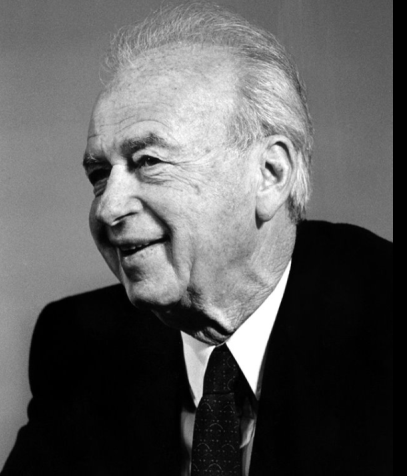 Twenty-five years after the assassination of the late Prime Minister Yitzhak Rabin, the Israel Democracy Institute, together with the Department of Zionist Enterprises in the World Zionist Organization, conducted a special survey that indicates that significant amounts of Israelis are concerned about the high levels of incitement in their society and divisiveness in the public discourse. The survey also indicates that Israelis believe that this dangerous divisiveness can even lead to the possibility of another political assassination. Israelis are split however, when it comes to the question of who are the main targets of incitement with numerous segments of society stating that they are the most threatened.

Is Israel on the verge of another political assassination?

About 45% of the public believes that there is a strong possibility that a political assassination could take place in Israel today. Breaking down the responses (among the Jewish respondents) by political affiliation reveals that about two-thirds (65%) of self-described left-wing are concerned about this possibility, compared with half (50%) of centrists and 41% right-wing. When divided by religious observance, the survey indicates that the assessment of the likelihood of political assassination is highest among the traditional- religious (55%) and the secular (54%), followed in descending order by the non-religious traditional (44%), the ultra-Orthodox (29%) and the national- religious (25%).

Incitement is widespread – but who is targeted?

71% of the respondents believe that today, incendiary discourse against individuals and groups in the Israeli public is widespread.

Breaking down the Jewish sample by political camp reveals that 84% of the Right, 65% of the Center and 52% of the Left believe that Prime Minister Netanyahu is a target of incitement either to a “considerable” or “very large” extent. With regard to the Alternate Prime Minister and Minister of Defense Benny Gantz, the percentage viewing him as a target for incitement is lower, but nevertheless substantial: 47% among the Right, 54% among the Center and 53% among the Left believe Gantz is a target for incitement to a “considerable” or “very large” extent.

Many groups in Israeli society view themselves as targets for incitement, including – Arabs-70%, Haredim-81%, Leftists-86% and Right-wingers-67%.

Who is to blame for the incitement?

Who is to blame for the incitement in Israel today (%, Jewish Israelis)

Only 12% of Israelis think that the law enforcement authorities do a “good” or “excellent job” in dealing with incitement.

80% of Jewish Israelis believe that democracy is an essential component of the definition of Zionism as a national movement that supports the existence of a Jewish state in the Land of Israel. These sentiments are share by 84% of secular Jewish Israelis; 81% of the non-religious traditionalists; 76% of the religious –traditionalists; 78% of the national- religious, and 69% of the ultra-Orthodox.

The survey on incitement, marking the 25th anniversary of the assassination of Prime Minister Yitzhak Rabin, was conducted by the Guttman Center for the Public Opinion and Policy Research at the Israel Democracy Institute. In the survey, which was conducted on the internet and by telephone (to supplement the representation of groups that are not sufficiently represented on the network)from September 14th-15th 2020, 511 men and women were interviewed in Hebrew and 103 in Arabic, constituting a representative national sample of the adult population in Israel aged 18 and over. The maximum sampling error for the whole sample is 4.03% ± at a confidence level of 95%. The fieldwork was carried out by the Smith Institute under the direction of Rafi Smith.