A bill to include the right to equality in Israel's Basic Laws recently passed a preliminary reading in the Knesset. This is a much-needed amendment to an existing law, which would provide Israelis with legal provision that exists in the constitution of all democratic countries.

“If we had a Jewish majority in Israel, we would first of all create a situation of complete, absolute, and perfect equality, with no exceptions: Jew, Arab, Armenian, or German-- there would be no difference in their legal standing; all options would be open to each of them.” (Ze’ev Jabotinsky) 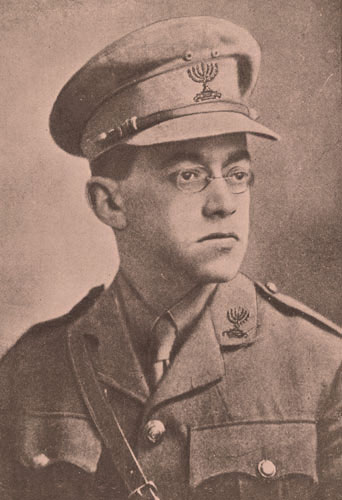 The concise wording of the bill states that: “All are equal before the law: There shall be no discrimination between people, directly or indirectly, in theory or in practice.” Some readers may be surprised by this, but there is no law in Israel that guarantees the basic right to equality before the law, neither in Israel’s Basic Laws nor in its other legislation (with the exception of very specific contexts, such as equal rights for women, or equal employment rights). It is true that over the years, even before the Basic Laws were passed, the courts ruled that the right to equality is one of the fundamental principles of the democratic system, and that following the introduction of the Basic Law: Human Dignity and Liberty, the courts interpreted “human dignity” as including elements of the right to equality and outlawing discrimination. But this right has never been explicitly stated in legislation.

Opponents of the proposed amendment claim that it will harm the state’s Jewish identity and extend national rights to non-Jews, making Israel a multi-ethnic country and opening the door to revocation of the Law of Return. Well: absolutely not. First, the opening section of the Basic Law: Human Dignity and Liberty is based on the principles of the Declaration of Independence, an inherently Zionist document that clearly defines Israel as a Jewish nation-state. The second section rules that Israel is a Jewish and democratic state. “Jewish” has always been interpreted by the Supreme Court as meaning a Jewish nation-state.

Second, no single Basic Law stands alone; instead, it is part of a “constitutional tapestry.” There are other laws clearly stating that Israel is a Jewish and democratic state—the Basic Law: The Knesset (1958); the Basic Law: Freedom of Occupation (1994), and the Basic Law: State of Israel—Nation-State of the Jewish People (2018). The proposed equality clause does not negate the Nation-State Law, which also includes the right of return.

Given this state of affairs, it is clear ןthat the principle according to which Israel is exclusively the nation-state of the Jewish people is not being revoked. The bill simply declares that all the country’s citizens have the right to equality (as stated in the Declaration of Independence), and that there is to be no discrimination between individuals (for example, based on their gender, ethnicity, sexual orientation, political views, and so on). While it is true that minorities in Israel enjoy collective rights, such as the right to culture and to language, these are not “national” rights, and they in no way undermine Israel’s status as the Jewish nation-state.

Israel is not the only nation-state in the world, but it is the only one that does not have (alongside its constitutional definition as the nation-state of a specific people) a clear constitutional statement that it is also the state of its minority groups , and that these have the right to absolute equality. Such statements do not negate these countries’ definition as nation-states. On the contrary, they grant them their legitimacy as democratic nation-states that respect the right to equality of their minorities.

The bill currently under consideration is not merely declarative; it has the power to bring about real change. It will strengthen the claims to equality of women, LGBTQ individuals, people with disabilities, minorities, and other groups. Today, such claims are dependent on the Supreme Court’s interpretation of “human dignity,” which does not necessarily encompass all aspects of equality, and which is also subject to c change, depending on which justices rule on particular cases. Once the law is amended, it will not be possible to ignore the right to equality. The amendment can also block the erosion of the right to equality that the Nation-State Law sought to achieve, and restore the equilibrium to Israel’s character as both a Jewish and a democratic state.

However, the most important aspect of the bill is its educational impact. The most significant purpose of a constitution is to reflect the nation’s values. When students read the Basic Laws, they fully understand that this is a Jewish country, but they will find nothing about the right to equality, even if the Supreme Court has ruled that this right is implicit. I would like to live in a country in which the constitutional texts which my children study include a clear and explicit statement that all people are equal before the law.

The article was published in the Jerusalem Post/Report.