Outgoing OECD Secretary General Ángel Gurría is a close friend of Israel whose name has become synonymous with the organization itself. Gurría's long tenure saw Israel implement a number of important OECD reforms, will this continue after his departure? 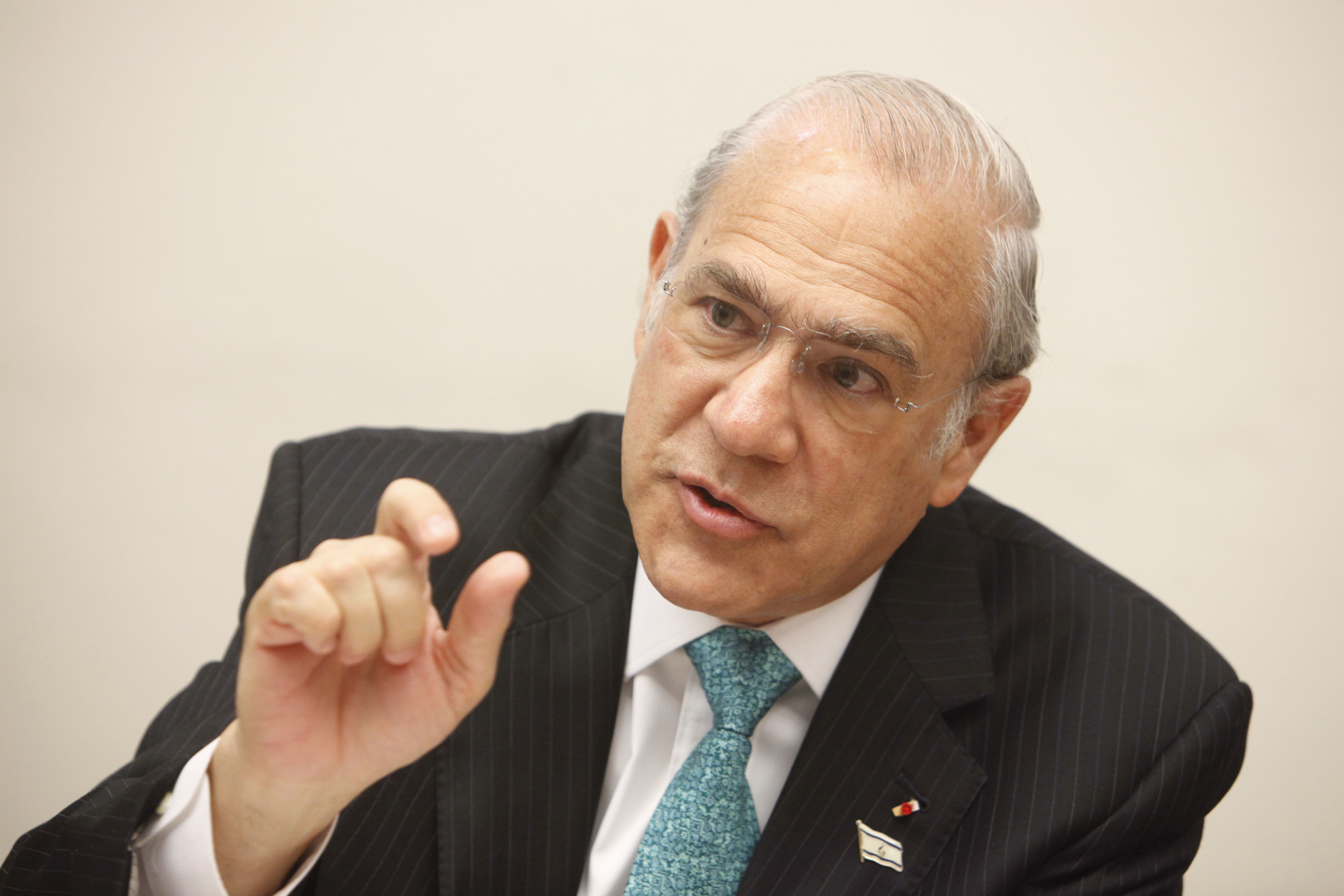 While we here in Israel have been focused on the swearing in of the new coalition government after the political limbo of the last two years, the world beyond Israel's borders has been concerned with the results of a very different election. After 15 years in the post, the outgoing secretary-general of the OECD, Ángel Gurría, has handed over the reins to Mathias Cormann, the former finance minister of Australia.

In addition to his colorful public image, the Mexican economist and politician, whose name has become synonymous with the OECD itself, has become a close friend of Israel and was one of the driving forces behind its accession to the organization in 2010. With the end of his term of office and after ten years of OECD membership, this is an excellent opportunity to examine Israel’s main accomplishments during Gurria’s term.

One of the most significant achievements is in the war on bribery, and transpired before Israel even joined. In fact, the OECD made any negotiation over Israel’s membership conditional on it signing the OECD’s Convention on Combating Bribery of Foreign Public Officials in International Business Transactions. According to section 291(a) of Israel’s penal code, which was added as a result of this process, anyone bribing a foreign public employee in return for some favor connected to that employee’s position will have the same legal status as someone who bribes a public employee in Israel. This represents a paradigm shift, and it took shape thanks in part to pressure applied by Gurria and the OECD secretariat. Implementing this change dramatically improved Israel’s ranking in Transparency International’s Corruption Perceptions Index.

In addition, while there remains room for improvement when it comes to smart regulation in Israel (and we at the Israel Democracy Institute are working around the clock to contribute to government efforts in this regard), it is worth remembering that we have come a long way over this decade of OECD membership. The government planning handbook, the regulatory impact analysis (RIA) tests, the regulators’ forum, and the five-year plan for reducing the regulatory burden are all products of our fruitful collaboration with the OECD secretariat. During Gurria’s term in office, Israel has taken great steps forward in terms of its regulatory capabilities, and has begun to develop significant expertise in this field. Gurria even praised Israel in 2018 for its reduction of the regulatory burden (while noting that this was just the beginning of the process).

In this context, it is also important to note the reform to Israel’s vocational training system. In 2018, the government passed Resolution 3419 which called for increasing productivity in Israel by upgrading technological education and establishing a government institute for technology and science training. This resolution was founded on preliminary work carried out with the OECD to assess the strengths and weaknesses of Israel’s vocational training system, and on a recommendations report presented by the OECD to the then Minister of the Economy, Naftali Bennett.

There has also been significant progress on issues relating to climate and the environment. The establishment of a mechanism for registering industrial chemicals, the updating of standards regarding industrial waste, the introduction of a pollutant release and transfer register (PRTR), and other environmental reforms are all direct outcomes of the commitments made by Israel to the OECD as part of the accession process. While this has not been an easy road, and we have not always managed to be at the forefront of the environmental changes led by the organization (in fact, we began a long way behind), and while there is still a long way to go, change is indeed happening and is slowly trickling down.

An additional point relates to the quality of life of all Israelis. Following the government’s Resolution 5255 in 2012, the State of Israel introduced Indicators of Well-Being, Sustainability And Resilience, in a fruitful collaboration with the OECD and the Better-Life Index. These indexes make it possible to engage in a coherent and multi-dimensional discourse about diverse policy areas, with the aim of putting citizens’ well-being at the center, and measuring our progress. Our discourse is no longer limited to the subject of growth, but instead encompasses a comprehensive assessment of quality of life in Israel.

This list is not by any means the whole story. Israel plays an active role in many OECD activities and committees, initiates and leads a variety of projects. With Gurria’s departure and the expected establishment of a new government in Israel, it is important to take the time and thank this friend of Israel, who has helped it develop itself, improve the policy tools at its disposal, and provide a better and more comfortable life for its citizens.

Furthermore, after a decade of membership in the organization, perhaps Israel should now be mature enough to realize that it does not need an all-powerful patron in the form of the OECD Secretary-General to carry out major changes that will ensure quality of life for its residents, and sustainable socioeconomic development. It should now understand that it is a developed state, with all the ensuing rights and obligations, both internal and external. As a new government is being formed in Israel just as a new leadership is taking over at the OECD, now is the time to begin to realize the organization’s motto of “better policies for better lives,” by improving intra-governmental processes and inter-sectorial interfaces, and implementing innovative solutions to burning social challenges.

Tags:
Economy and Governance,
Center for Governance and the Economy