Israel is at a shortage of teachers that is forcing schools to take drastic measures, but the Jewish schools are still not hiring Arab teachers. 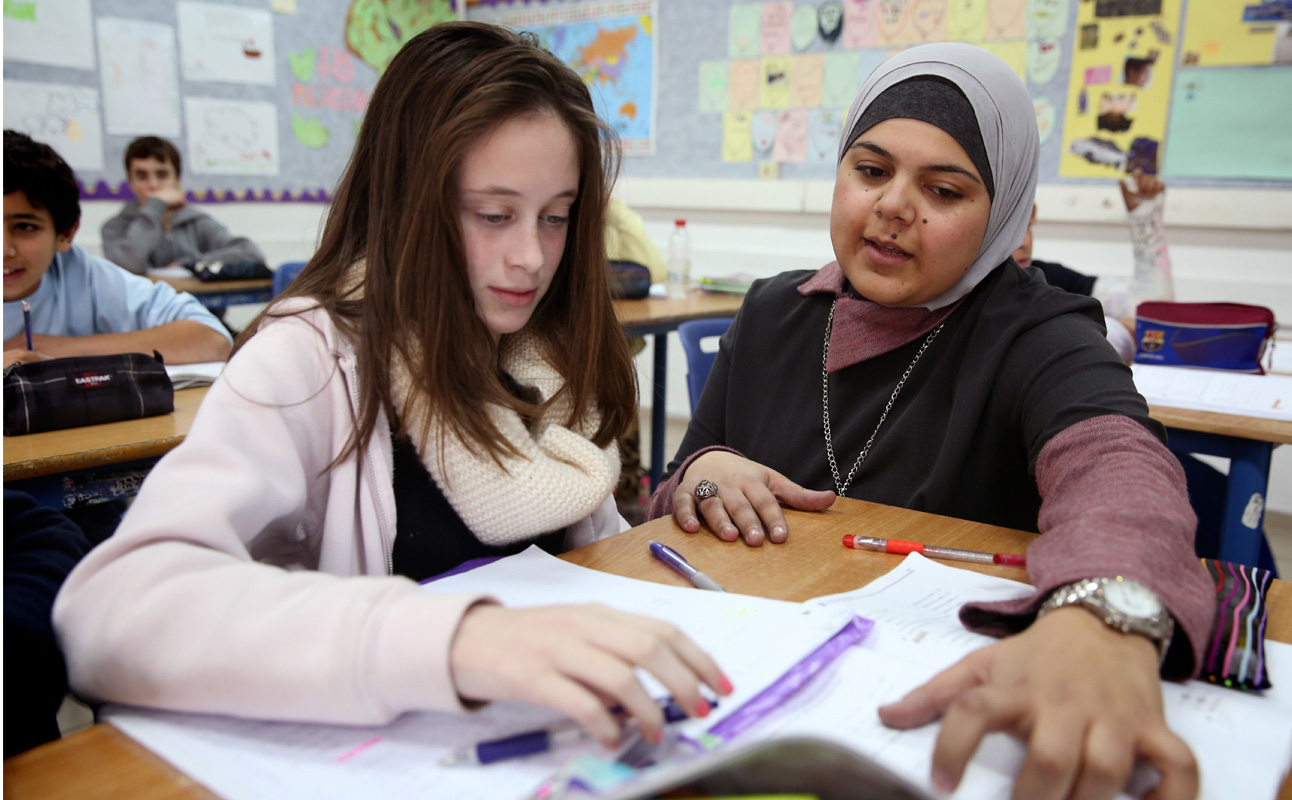 With the new school year approaching, education professionals are warning of a severe shortage of teachers, according to an article by Tamar Trabelsi-Hadad on the Ynet news website. In light of this crisis, school principals are taking emergency measures, including hiring extra staff from the ranks of pensioners who have retired from the Ministry of Education, and anyone they can get their hands on, including those without a teaching diploma; placing unreasonable demands on teachers by increasing their workloads to 150% of the standard full-time position; compromising on quality and professionalism by requiring teachers to teach subjects for which they have not been trained; and doing away with specific subjects and study tracks, and cutting back on the number of hours of instruction.

This begs the question of why they have not taken another step, one which should have been taken long ago, but which in today's extreme circumstances, is particularly significant: : hiring Arab teachers (especially women ), and thus alleviate at least some of the damage caused by COVID-19 emergency measures.

In recent decades, despite the welcome increase in participation in academic studies in Arab society, a problem has emerged in the form of thousands of students pursuing a teaching degree (mainly women ), whose numbers far outstrip the current demand in the Arab education system. Graduates of these teaching programs end up unemployed, due to the lack of available teaching positions in Arab schools, forcing them to seek other ways to make a living. This leads to a terrible waste of the resources invested by these students and their families in acquiring a degree, and in high rates of unemployment, particularly among Arab women, among whom only about 40% are employed.

Not all Arab graduates of teaching programs are necessarily well-suited for teaching in the Jewish education system, whether due to insurmountable language gaps, inadequate professional skills, or geographical obstacles. At the same time, there are undoubtedly many who are capable of doing an excellent job and who are willing to travel daily to schools in other towns and cities, providing compensation is reasonable. The added advantage of such a step would be its potential for mitigating the alienation between Jews and Arabs and dispelling stereotypes. Not only would the Jewish students and staff benefit from encountering, often for the first time, Arabs in a responsible professional position, but the Arab teachers would also benefit from gaining a more accurate, close-up view of Jewish society. And of course, it would also help reduce the high rate of unemployment in the Arab sector.

The Ministry of Education is actually aware of this issue and is working to bring Arab teachers into Jewish schools, but its official data reveal that over the last five years, only a few hundred have actually been hired. These numbers are far too small, and should be tens of times larger in light of the severe shortage of teachers in the Jewish education system and the huge surplus of Arab teachers. Thus, alongside the efforts being made by the Ministry of Education—in partnership with various civil society organizations such as Merchavim and the Abraham Initiatives —who provide professional training for Arab teachers interested in working in Jewish schools, there should also be steps taken by school principals, as change agents in their communities, to promote the integration of Arab teachers in their schools. In other words, alongside the efforts of Arab teachers to adapt themselves to the demands of the Jewish education system, similar efforts should be met by the Ministry and the schools in which Arab teachers can--and should be working.

Finally, we cannot ignore the fact that this issue is a powerful indicator of a much broader phenomenon. If it is not Arab teachers who are marginalized and ignored, it is Arab students. Thus, in the discussions over possible shutdowns of the school system in September, those in favor argue that in any case, there are only a few days’ study during the month, due to the Jewish High Holydays. But in that case, why should the Arab education system be closed down when it could stay open throughout September according to schedule is, with some adaptations to conform with the attempts to contain the high infection rate? Perhaps we can find some comfort in the fact that the Arab educational system is completely ignored in the Israeli public discourse. This is in itself an important lesson in civics that Arab students will never forget.