88% of the products sold in supermarkets in Israel have duplicate kashrut certifications resulting in excess costs to both suppliers and consumers. Analysis by IDI experts Finkelstein and Abensour reveals why reform is overdue 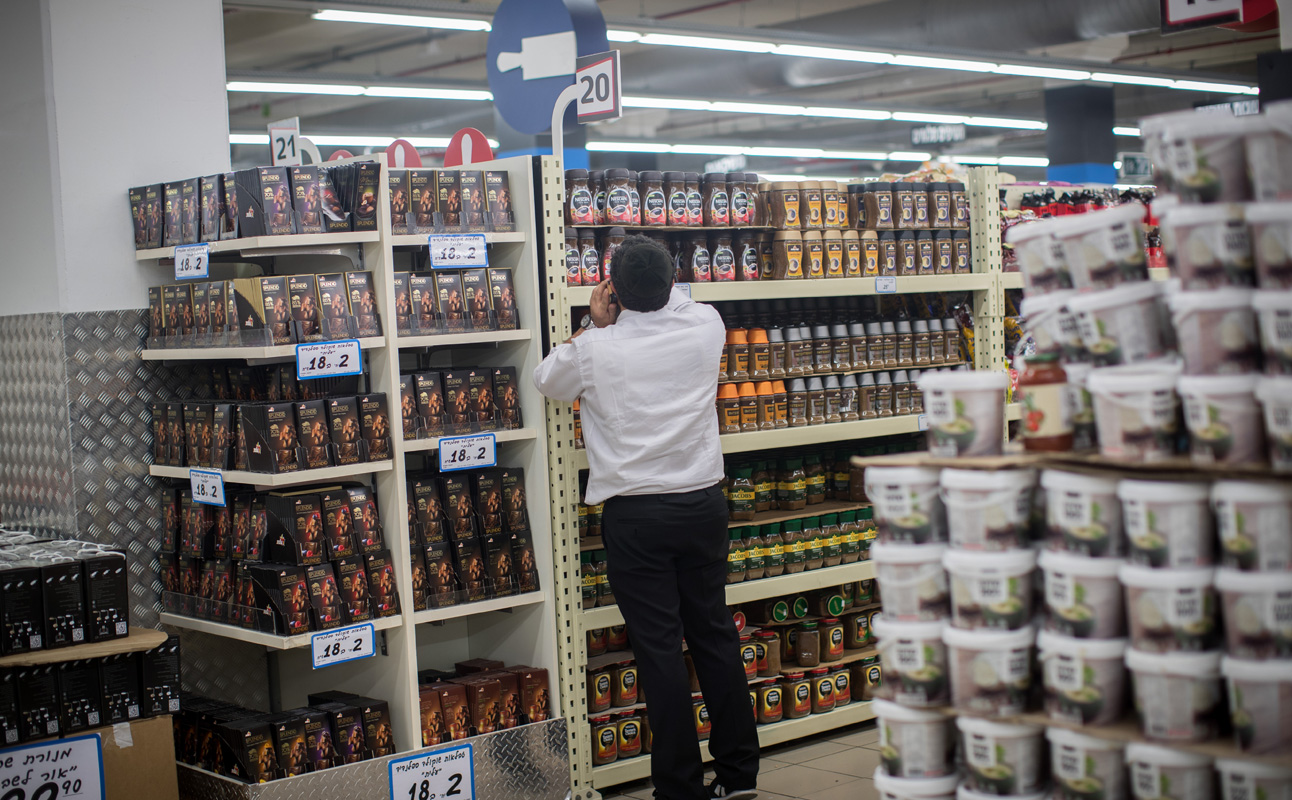 The shortage of available data on the state-run kashrut system detracts from the value of the public and political debate on the subject. The present study surveys the system and presents reliable information about it, in advance of the plans for its reform. The research is based on a study of the financial reports of the religious councils, Freedom of Information requests submitted to religious councils and local authorities, and an independent sample of 1,000 industrial food products.

• The cost of fees paid to the religious councils in the food production industry amounts to about NIS 8 million per year.

Kosher food products, by the number of kashrut certifications

Kosher food products, by the type of food and the number of kashrut certifications

The Number of Kosher Food Establishments

Some 66% of catering firms are kosher. Broken down geographically, in the Jerusalem and Judea-Samaria districts, 90% of them are kosher; but only 49% in the Tel Aviv district and 54% in the Haifa district. Overall, 79% of all kashrut certificates are mehadrin ( with adherence to more stringent kashrut regulations

The religious councils’ total income from their kashrut supervision services is NIS 49.7 million; but their expenses are NIS 62.8 million. In other words, the state is subsidizing the kashrut system to the tune of NIS 13.1 million a year. In fact, the kashrut-related income of 42% of religious councils exceeds their expenses, making kashrut a profitable business for them.

The state kashrut system provides a total of 6.4 million supervision hours. Their total direct cost is estimated at NIS 318 million a year. Of this, 18% is paid by restaurants and cafés, 17% by food manufacturers, 13% by fast-food outlets (grilled meat, falafel, pizza, etc.), and 12% by hotels. There are also the costs incurred by the halakhic requirements for kashrut, estimated at hundreds of millions to billions of shekels.

Duplication in the System

In three food categories, not a single item had only one certification: soft drinks; pasta, rice, and dried beans; and canned goods. In three other categories the percentage of items with only rabbinate certification was very low: prepared salads (5%); dairy products (4%); and snacks, sweets, and breakfast cereals (12%). The categories with the highest level of rabbinate certification only were frozen fruits and vegetables (34%); and meat, fowl, and meat substitutes (38%).

The Lack of Uniform Standards

One of the main features of the kashrut system is the lack of uniform standards among religious councils with regard to the requirements they set for businesses. This is reflected in significant cost differentials, creating large disparities between firms that are supervised by different councils, as follows:

Costing of supervisors’ hours: The average charge for a kashrut supervisor ranges from NIS 25 to NIS 79 an hour, a gap of more than threefold (based on a sample of 52 kashrut departments).

Number of supervisor hours: In all sectors, the religious councils set very different supervision quotas for similar food outlets. For example, a sample of 345 pizzerias found that 14% are required to have daily supervision of up to 30 minutes, 34% precisely half an hour, 29% between 30 minutes and an hour, 18% precisely an hour, and 5% between one and two hours.

Total cost of supervisor hours: The differences in the hourly rate and number of hours required leads to huge differences in the actual cost of kashrut supervision. A sample of 52 kashrut departments found that the average monthly cost for pizzerias ranges from NIS 296 to NIS 1,137. Another example: a sample of 65 ice cream parlors supervised by 30 different kashrut departments found that for 29% the monthly outlay was between 0 and NIS 400; for 55% it was between 450 and 750 shekels, and for 16% it was between 750 and 1,000 shekels.
Collection of Fees for a Kashrut Certificate. Regulations issued by the Minister of Religious Services stipulate the amount that each business must pay for its certificate. However, a sample of six religious councils revealed significant differences. In Beit Shemesh, the sum collected was only 27.9% of that stipulated by law; in Jerusalem and Ashdod it was less than 70%; and in Haifa-- 80%. In Kfar Yona, by contrast, collections exceeded the statutory amount by 30%.

This analysis reveals that in the field of food production there are almost no products that have only the rabbinate kashrut, and most of the products have additional certification from a private entity – and some even hold three kosher certificates. This phenomenon shows that many of the food production industry do not have a real need kashrut certification from the state-run rabbinate, but that they apply for such licensing merely only because of the legal obligation to do so. The current situation makes it difficult for businesses and imposes excessive costs. First, businesses are required to pay a kosher fee to the religious council, which we estimate to cost NIS 7 to 8 million a year, and in some places there may also be a double payment for the supervisor's work. Second, businesses are obligated to comply with the requirements of local rabbis that may be different and inconsistent with those of private kashrut bodies, even though they have no real interest in a kashrut certificate on behalf of the rabbinate.

The necessary solution to this situation is the privatization of a kosher system, or at the very least to allow businesses to obtain a kosher certificate from a private rabbinic entity, without the need for additional certification from the local rabbinate.

Tags:
Religion and State,
secular and religious Law,
The Rabbinate,
The Joan and Irwin Jacobs Center for Shared Society