The implications of the Supreme Court's ruling go far beyond the Kashrut market. 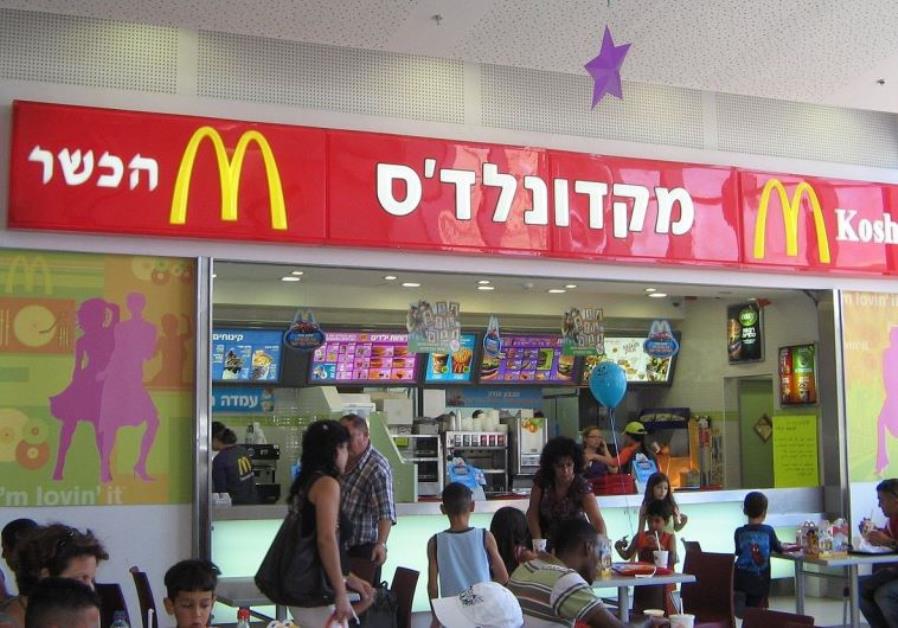 Earlier this week the High Court of Justice ended the Chief Rabbinate’s kashrut monopoly. Thus one era in kashrut services ends and a new one begins – in which the kashrut industry will operate freely, without supervision. The court’s decision was about kashrut, but its significance is much broader. The court’s ruling weakens the Chief Rabbinate, and brings the State of Israel closer to a practical separation between religion and state.

Unlike the United States, where there is a free market in kashrut, in Israel kashrut is provided by the state via the Chief Rabbinate’s monopoly. How does this cartel work? By law, only the Chief Rabbinate may determine whether a business is kosher or not, regardless of whether the business keeps the laws of kashrut meticulously or is under the supervision of a rabbinical court. So long as a business does not pay the local rabbinate, the former cannot state in writing that it is kosher, since to do so is a criminal offense.

The Chief Rabbinate’s monopoly on kashrut was bad in every way. It was very bad for kashrut, bad for the rabbinate, bad for religious pluralism, bad for the economy, and it foisted state control upon us in that most intimate of places – the plates from which we eat. The level of kashrut that the rabbinate provides is in many cases substandard. State Comptroller’s Reports, as well as a study conducted by the Israel Democracy Institute, show that the kashrut system has many flaws and in some cases is even corrupt. The rabbinate’s monopoly is also an Orthodox monopoly that often takes a hard Orthodox line and imposes it upon consumers who keep kosher, giving them no opportunity to choose differently.

The monopoly also causes a great deal of duplication in Badatz (rabbinical court) kashrut certifications. For example, many products in Israel have two kashrut seals of approval. One belongs to a trusted kashrut organization, such as the ultra-Orthodox rabbinical court, and the other belongs to the Chief Rabbinate, as required by law. As a result, consumers pay twice.

The High Court’s ruling changes this situation substantially. According to the decision, only the Chief Rabbinate may grant “kashrut certification,” but any business may display the manner in which it keeps kashrut. In other words, although the word “kosher” remains in the rabbinate’s possession, businesses and kashrut organizations can find other ways to present themselves as kosher and thus bypass the Chief Rabbinate. In addition, for the first time, businesses can do so without having to pay a “kashrut tax” to the local rabbinate. In this way, the court has broken the rabbinate’s monopoly on kashrut.

What will happen now? Even today, the kashrut market in Israel is the government’s alone. There are 26 private rabbinical courts that grant kashrut certifications. The court’s ruling is expected to strengthen these organizations and lead to the establishment of other private kashrut organizations – leading for all practical purposes to the privatization of the kashrut market. While I see privatization as the correct course, it nonetheless needs to be navigated in a way that protects consumers. By its ruling, the court only broke the rabbinate’s monopoly. Now, it must complete its work by establishing effective supervision over the newly privatized kashrut market.

The implications of the Supreme Court’s ruling go far beyond the kashrut market. There is no separation of religion and state in Israel, and the state controls many areas of people’s lives – including marriage and divorce, conversion, the Sabbath, and kashrut – according to the Orthodox interpretation of Jewish religious law. By removing the state’s monopoly from our plates, the court’s ruling brings about increased separation – welcome in this case – between religion and state in Israel.

Dr. Shuki Friedman is the director of the Center for Religion, Nation and State at the Israel Democracy Institute, and a member of the Faculty of Law at the Peres Academic Center.