In the aftermath of the Tel-Aviv terror attack, it is becoming increasingly clear that the current round of terror will not end soon. When there are casualties of attacks, not only do security issues arise, but so do medical issues – and these can be equally as complicated. This article originally appeared in Crescent City Jewish News. 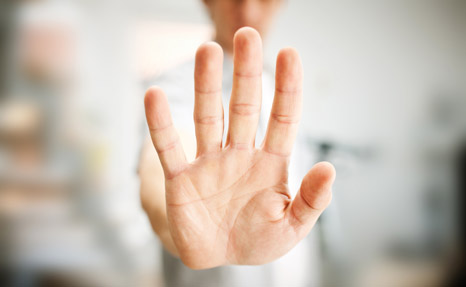 In the aftermath of last Friday’s terror attack in Tel-Aviv, it is becoming increasingly clear that the current round of terror will not end soon. When there are casualties of attacks, not only do security issues arise, but so do medical issues – and these can be equally as complicated.

The Israeli Medical Association’s (IMA) ethics committee recently changed its guidelines for paramedics at the scene of terror attacks, dropping the principle of “the poor of your city take precedence” (based on a Talmudic mandate), which instructed medical staff to treat Jewish and Arab Israeli civilian victims first. According to the new guidelines, all the wounded must be triaged based the severity of their injuries and treated based on medical urgency. In issuing these guidelines, the Ethics Committee brought Israeli practice in line with international medical ethics.

Many people objected that the revision could lead to “absurd situations” in which a terrorist who is seriously injured may be treated before his seriously wounded victims, who are less severely wounded than he is.
“This is an inhumane decision that shows that those who made it simply don’t live in reality,” wrote Yisrael Beiteinu Chairman Avigdor Liberman on social media. “This decision reveals a total lack of judgment, confusion and loss of a moral compass.”

Tzohar’s Rabbi David Stav, who is known as a moderate, responded in a similar manner: “The poor of your city take precedence over the poor of another city!!!” he asserted on Facebook. “This is not just a teaching of Jewish law. It’s simply a matter of common sense. …A person’s first responsibility is to assist a person who has been attacked, and only afterwards to treat the attacker, no matter what his condition may be.”

Indeed, if we were to take the new guidelines to the extreme, we would allow a victim to die of his wounds while we first treated his assailant, whose condition was a bit worse. This situation intuitively seems unjust. It is not, however, the situation envisioned by the guidelines, and two common errors can be found in the public debate about this directive.

First, medical teams are not passersby who are not bound by professional ethics. They are also not soldiers in a battlefield, who are bound by other rules. Doctors should save lives—period. They should not be involved in determining the guilty party.

Former Knesset Member Aryeh Eldad, a member of the right-wing camp who was a Commander in the Medical Corps, explained, “Even in a battalion medical station, there is no differentiation [between victim and perpetrator] and it is forbidden for medical staff to differentiate between patients. … Soldiers in the field presumably will treat their brothers in arms first, but that’s not a medical activity; it’s a military activity.”

Secondly, it is time to stop inflating the directive to give priority to the poor of your city. This is not a supreme directive that demands that your poor come first, no matter what the circumstances. If the poor of my city are sated and the poor of another city are starving, the poor of the other city should be fed first. So one should not take the Talmudic mandate that “the poor of your city come first” to mean that Jewish Israeli victims must be treated first regardless of his/her circumstances. We should not treat a wounded Israeli citizens before any other citizen—no matter what his or her condition may be or what role he or she played in the event. If we did mean take the Talmudic mandate literally, the implications of this requirement would be that when medical teams arrive at the scene of a terror attack, they would differentiate between blood and blood based on race and religion, and would treat Jews first, regardless of the circumstances. If the poor of my city always come first, then even when the assailant is Jewish, according to this rationale, he should be treated before his victims.

That does not make sense.

It is unlikely that this literal reading is what Rabbi Stav had in mind when he invoked the principle of “charity begins at home” (another take on the poor of your city come first), nor that this was the intent of the people who drafted the original Ethical Guidelines for the IMA, which included this principle.

Unfortunately, when public figures such as Rabbi Stav choose to begin their statements with “the poor of your city take precedence,” it encourages this type of discourse, which does not lead to a more humane society, but rather to one that is shroud in racism.

Idit Shifran Gittleman is a young scholar at the Israel Democracy Institute and Bar-Ilan University.