Is demolishing terrorists' homes an effective deterrent? Israel Democracy Institute research – based on previous work conducted by the security establishment – has cast a doubt on its value. There was also a research report published in 2005 by a professional committee led by Maj. Gen. (Ret.) Udi Shani, which led to the cessation of house demolitions for three years. 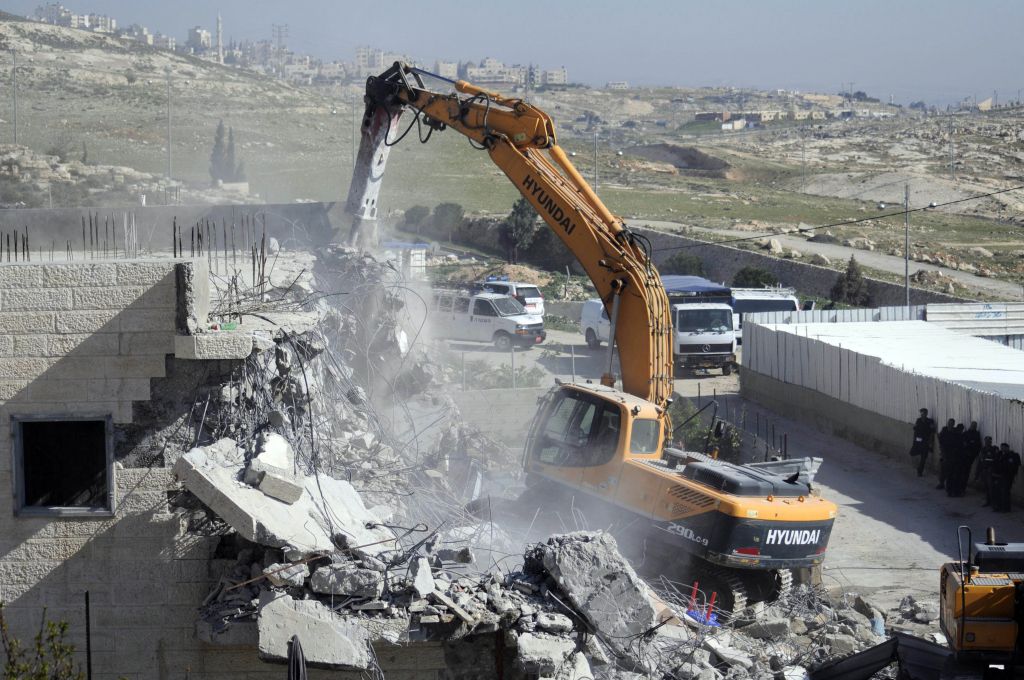 Earlier this month, the Supreme Court of Israel decided to temporarily freeze the demolition of the homes of the terrorists that murdered Danny Gonen, Malachi Rosenfeld and Eitam and Na'ama Henkin until a final decision on the matter would be reached. During the period of the freeze, political officials, including the Education Minister, Culture Minister, Tourism Minister and several Knesset members harshly criticized the court, claiming that not authorizing the demolitions harms Israeli deterrence and the efforts of security officials to end the current wave of terror Israel is facing.

Such claims, which are not uncommon among Israeli decision makers, raise an important question: Is the policy of house demolitions a deterrent against terrorists? If the answer is no – and from my perspective, the answer is no – it would make sense to use other means of fighting terror, and ideally means that are not legally and politically controversial the way in which house demolitions are.

The main reason the policy of demolishing terrorists' homes is justified is because it is claimed to be an effective deterrent, given the harshness of this sanction on the terrorists and their families, and because it is done rapidly following the attack. The Supreme Court in Israel has generally supported the home demolition policy despite the suffering this causes to the families, and even without investigating whether the terrorist's family members were involved in the act of terror. The Supreme Court rejected countless appeals against this policy, despite there being no empirical data demonstrated that testifies to the effectiveness of the policy.

In 2005, based on the recommendations of a professional committee headed by Maj. Gen. (Ret.) Udi Shani, the policy was suspended. The committee found that the harm caused by destroying homes is much more extensive than any possible benefit it provides, and that the hatred and antipathy caused by the demolition is greater than the deterrence. In fact, the committee claimed that home demolitions actually encouraged terrorists to carry out more attacks.

Nonetheless, in 2008, based on a request by the Shin Bet Security Services and on the backdrop of a wave of terror attacks emanating from East Jerusalem, the policy of home demolitions resumed.

Research conducted by the Israel Democracy Institute did not yield any decisive data that proves the benefit of home demolitions as a deterrent against terrorism. Therefore, with all due respect to the segment of security officials that are in favor of demolitions, it is difficult to see how a claim that the positive results of the policy of demolishing homes can be justified without first finding the data to justify these results. The fact that that there is no data regarding the benefit of the policy is especially troubling since there is research that indicates the opposite – that home demolitions actually increased the motivation to carry out terrorist attacks.

For instance, Brig.-Gen. Aryeh Shalev (Ret.), who passed away in 2011, researched the impact of home demolitions during the first intifada. He found that instead of decreasing the number of acts of violence committed, attacks increased. A similar claim – that home demolitions increase terror – was raised during the second intifada, and this claim was accepted in spirit in 2005 by the committee headed by Maj. Gen. Udi Shani (Ret.).

A first positive change happened recently when Justice Elyakim Rubinstein, deputy president of the Supreme Court, wrote that one could not claim that the policy of destroying homes achieves deterrence without providing data that proves it is effective, even after years of experience in the field. And yet, this view was not adopted by Rubinstein's peers.

The question of the benefit of demolishing homes hovers over Israel's struggle against terror, and is impairing its legitimacy. As part of the erosion of Israel's status in the international arena, many international bodies and states expressed – and continue to express – criticism of this policy. Notwithstanding, that there is no pro-home demolition data available. The burden of proof on this issue must rest on Israel's defense establishment. Rather than criticizing the Supreme Court, it would be better if decision makers invested their time in efforts to determine whether the policy of destroying home is one that is indeed beneficial, or if it operationally, perceptionally and ethically positions Israel on the edge of the sword.

Attorney Tal Mimran conducts research as part of IDI's National Security and Democracy project and is the co-author of IDI's Hebrew Terrorism and Democracy newsletter.