Rabbi Yonatan Reiss, of the Belz community, on their agreement to teach a core curriculum at the opening of the conference: “The change in mindset began when I went to the Ministry of Education and said that for us Haredi public schools are not an option. It is a question of independence. The Ministry of Education agreed and said, 'OK you will be exempt, you will reach the same milestones and we will move forward.'” 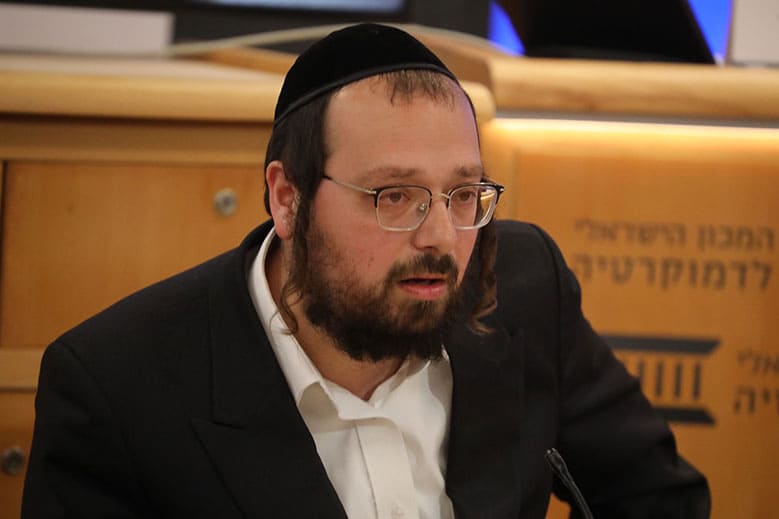 Incentives for Education – On the recent agreement by the Belz Hasidic community to include a core curriculum in their schools, Rabbi Yonatan Reiss, Belz Hasidic community, head of the Ultra-Orthodox Yeshivat Hesder in Gan Yavneh said: “The starting point in the discussion regarding the Haredi public schools overseen by the Ministry of Education, is that they failed. There are those whose solution is to study English and mathematics, and the Degel HaTorah party embraces them. On the other hand, those are labeled modern ultra-Orthodox and want to attend schools that are part of a Haredi public school system– have been excluded. I have been asked how is it possible that the Haredi public schools have failed, even though they had a budget of tens of millions, whereas with smaller funds that we raised privately, we succeeded and have now opened a third school? The change in mindset began when I went to the Ministry of Education and said that for us Haredi public schools are not an option. It is a question of independence. The Ministry of Education agreed and said, 'OK you will be exempt, you will reach the same milestones and we will move forward.'”

Regarding the question posed by Racheli Ibenboim from Telem, an organization focused on integrating the ultra-Orthodox into the economy, whether the reason the Belz reached an agreement is rates of dropout in ultra-Orthodox education, Rabbi Reiss replied: “Belz, as well as the entire ultra-Orthodox community, face educational challenges that never existed before. This is business thinking. Each rabbi will decide for himself how much he is willing to ‘pay’ to accept a core curriculum, that he does not really believe in. Reiss added on whether this is revolutionary step: “It depends on what the outcome will be? Will all the heder’s include lessons on sexual harassment? Of course not. However, similarly to the case of Rabbi Chaim Walder, it is clear that before and after the ultra-Orthodox society is in a different place.”

MK Moshe (Kinley) Tur-Paz (Yesh Atid) - "There should be a committee of inquiry into what has happened in the Ministry of Education for Haredi education in the last seven years. There has been a total paralysis since 2015 to the present, despite all the challenges that exist in the education system. This paralysis existed even though the Ministry has the regulatory, budgetary and oversight tools to address these issues. I think that the reasons include political motivations, as well as professional misconduct."

Roi Assaf, Head of the Socio-Economic Development Authority in the Ministry of Social Equality - "It is difficult to achieve goals without trust. Some of it exists in some areas and some does not. I encounter high levels of suspicion. In order to have a basis for joint work, intentions to do good must be attributed to the other side. Therefore, our ability to act is complex. This is the most important issue for the future of the country. "

Assaf referred to the 922 governmental plan for the Arab society, which he oversaw, and questioned whether we will have to wait 7 years for a similar holistic plan for ultra-Orthodox society. “Today the discourse focused on education and employment is paramount, but there will be no employment without expanding commercial and industrial areas in Beitar, Modi'in Elite and Elad (ultra-Orthodox localities). We must increase transport accessibility, adapt housing and proper public institutions, and implement equal budgeting and coordination between the various government ministries. Significant changes must be agreed upon."

In a session on education and the implementation of core curriculum in the ultra-Orthodox schools, Eli Morgenstern from the Ministry of Finance's Budget Division noted that according to population forecasts and without significant change, we will need to increase taxation on Israeli citizens by 16% in 2065.

"Our proposal for budgeting by attainment is an optimal model. The model related a bit to conservatives thought- the government will not dictate how to educate - but do meet the achievements to encourage the inclusion of a core curriculum. We want to see a critical mass of tens of thousands of students studying core curriculum. There are such models that work," Morgenstern added.

MK Ya’akov Margi, Former Chair of the Knesset Education Committee (Shas), in response: "I will give you general advice: when you want to break down a wall, go to the soft underbelly.

They isolated where there are processes taking place and where there is good will – and they have interfered and stopped this progress. How many have wanted to be accepted into general education but have encountered objective difficulties? Where is the assistance and has the Ministry of Education taken a single action to strengthen ultra-Orthodox teachers? We lose out on both ends, because we hear about the mainstream where there will not allow significant changes. There are layers that can be permeated, but we do nothing to make life easier for them.” 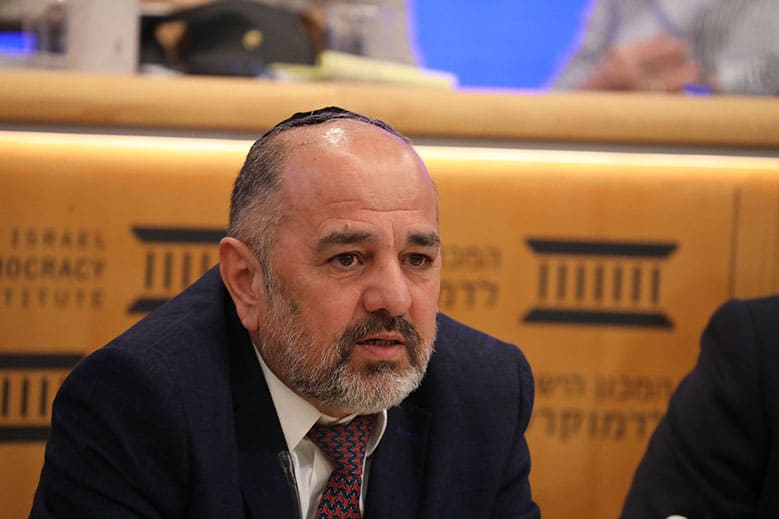 Ronen Kotin, Ultra-Orthodox Area Head at the Council for Higher Education, announced the establishment of a new program for the ultra-Orthodox students called "Spotlight".

“This is a comprehensive program that seeks to assist ultra-Orthodox student in a holistic manner. Working together with the Labor Department (Ministry of Economy), our goal is to reach the guidance centers at the beginning of the process, and make the information accessible in the early stages. In other words – to better prepare those who have enrolled, so as to avoid drop out at later stages. We will accompany the student throughout his studies as well as during employment. In this way we will be able to provide support for both the worlds of employment and academia".

Avigdor Rabinovich, Director of the National Initiative for Ultra-Orthodox Integration into Hi-Tech said that "We are an integrated entity that tries to establish work processes and create tools within this arena, but there are a lot of players, who provide general training and specifically training for integration in high-tech. We have to establish an entity that constantly looks at what is developing in the world of engineers, academia, and the various ‘bootcamps’ to enable Haredim to enter high-tech.”

Aviad Schwartz, Senior Director - Haredi Employment, Labor Department Population Employment Administration at the Ministry of Economy and Industry: "Promoting employment from ultra-Orthodox society is critical for the future of the economy. Participation in the workforce is dependent on education and proper training at earlier stages, while also removing regulatory roadblocks and through providing incentives. The Labor Department’s employment program division will, in the coming years, focus on expanding the circle of participants and ensuring that they acquire training at all levels - from short term professional training to academic studies - while working together with all the relevant actors from the public sector, civil society and the business community."

MK Alex Kushnir, Chair of the Knesset Finance Committee, addressed the issue of the budget: "The issue of kollels is always on the table. But we must not pour the baby out with the water. If we make an ultra-Orthodox man fear the horizon you are providing him, but on at the same time block him from the world he is used to, you will only become his enemy and not be able to move forward in partnership. The process we started should be done carefully. It is a process of building mutual trust.

In another context MK Kushnir said that “one must be resolute on the issue of the black-market economy. The amount of cash we know to be circulating in the ultra-Orthodox public is significant. An iron fist is needed in this case because it will also ultimately provide an incentive expand beyond the autonomous reality they have created and interact with the rest of the economy. We are working on this issue with the Tax Authority and the Ministry of Finance, we want to work together to battle the phenomenon of the black-market economy.”