Is administrative detention an appropriate response to Jewish terror such as the events in Duma? In this article, Dr. Amir Fuchs argues that there is no justification for administrative violations of a person’s freedom except for in concrete emergencies in which criminal law would be impossible to apply. 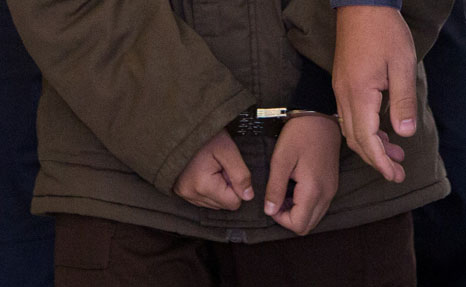 The Israeli government must fight Jewish terrorism with a strong hand. Horrific acts, such as the arson attack in the village of Duma, stem from hatred and fueled by incitement that portrays non-Jews as sub-humans. Such acts demand a strong and uncompromising response; the government must use all the legal means at its disposal to handle such situations. Therefore, it is outrageous that a special government decision was necessary in order for Israel's anti-terrorism law to be applied to a case of Jewish terror. It seems to imply that, until now, as a matter of policy, Israel has only used measures such as administrative detention in a selective and discriminatory manner, only in cases of Arab suspects.

The issue of administrative detention has assumed a central role in government and public discourse. After events in Duma, there was much debate as to whether to implement administrative detention on those identified as the perpetrators in this case. This would not be the correct response. All crimes should be handled through a proper civil process. Administrative detention, whether it be for months or even years, is not a severe enough punishment for murder, like that which occurred in Duma.

When discovered, there is no problem with taking the suspects in for questioning. Once an arrest warrant is issued, suspects can easily be held in custody until the legal process is complete. Administrative detention, however, is a preventative measure to be used when a person poses a security threat, it is for when the complaint against the accused is not that he has already carried out a dangerous act, but that he intends to carry out a dangerous act, and therefore he must be detained.

As long as this tool exists in Israel, it must be used without discrimination. However, administrative detention contradicts the principle of rule of law. Violating a person’s freedom, sometimes when he does not even know of what he is suspected and based on information from confidential sources on one-side, is foundationally wrong. Additionally, according to the current law, the length of the detention is not known in advance and can be extended without limitation (even though this is not done in practice).

Administrative detention in Israel is carried out under court supervision. However, studies show it is extremely difficult for the courts to act as effective supervisors. No one can argue with confidential evidence presented by the state, and no one can aid a prisoner’s defense the same way that a lawyer, who meets with his client privately, can. Additionally, the judges are faced with a heavy burden, to make a decision that contradicts the opinion of the security forces and to take a security risk—even if it is a slight one—based on their own conscience.

The limiting of administrative detention should be seriously considered, as should removing administrative detention from our security toolkit altogether. Instead, other measures could be used, similar to those available in other countries, which provide proper and secure oversight while still enabling freedom of movement (for example, electronic monitoring).

No matter what measure is taken, it is imperative prisoners know what charges are being brought against them, so that they can defend themselves. And the prisoners must be allowed to engage special defense lawyers, who are entitled to see the classified information, thereby improving these prisoners' chances of defending themselves properly.

The law in Israel allowing administrative detention is only meant to apply in “emergency situations, However, Israel has been in a state of emergency since its founding. So where does it end? There is no justification for administrative violations of a person’s freedom except for in concrete emergencies in which criminal law would be impossible to apply.

Administrative detention must not be used as a substitute for criminal court proceedings, nor as a way of bypassing the demands of a fair and due process provided by the criminal justice system. Administrative detention must not replace a proper investigative or intelligence efforts in the realm of criminal law, nor should it be used as a shortcut whenever other tools appear lacking.

As the former Prime Minister Menachem Begin protested when the Jewish state began implementing the Draconian laws of the British mandate after its founding: "Will a bad law become a good law simply because it is used by Jews? I say that this law is bad from its foundation and does not become a good law when it is in Jewish hands. …We oppose the principle of administrative detention. There is no room for this type of detention [in the State of Israel].”

A Hebrew version of this article was published in Haaretz on August 5, 2015.