Is Prof. Dan Shechtman, who formally announced his candidacy for the 2014 presidential race in Israel, any different than traditional candidates for the position? IDI researcher Dr. Ofer Kenig surveys the characteristics of Israel's past presidents and presidential candidates. 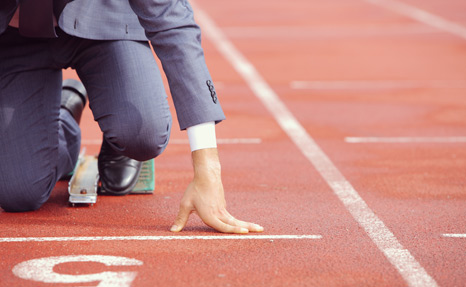 On January 17, 2014, Prof. Dan Shechtman, a Nobel laureate in Chemistry, announced his intention to run for president. The fact that someone from outside of the political world is running for president may be surprising, but it is not a first in Israel. In other respects, Shechtman’s personal traits are not unusual in any way, since throughout Israeli history, most candidates for the presidency were males of Ashkenazi origin over the age of 60. This article reviews the background and demographic characteristics (gender, ethnicity, and age) of Israel's presidential candidates and winners.

A Ceremonial Position with Political Candidates

Although the position of President of Israel is essentially ceremonial and the president has very limited authority, all Israeli presidents except one came from the political arena. Some people see this as inappropriate; since the role of president is intended to unify people, the position should be above day-to-day politics, and it would be preferable for the president to be acceptable to the widest range of citizens possible rather than to be colored by party ties. Moreover, since the President of Israel is elected by the 120 members of the Knesset, the selection process is intertwined with party politics and the race for president sometimes becomes heated and confrontational rather than having an aura of respectability. Indeed, past races show that support for a particular candidate was usually dictated by party lines or party coalitions. However, since the presidential elections are conducted by secret ballot, in some cases, Knesset members were given the freedom to vote as they desired, and even in cases in which they were not officially given such permission, there have been times when the vote was not along party lines.

In contrast, some people argue that there is nothing wrong with the fact that presidential candidates in Israel hail from the political arena. After all, it is only natural that the main public arenas—the Knesset and the government—provide the largest pool of presidential candidates. Moreover, history has shown that once a president is in office, he tends to shed his affiliation to the party and to fulfill his role in an impartial manner.

In any event, the political nature of the Israeli presidential elections and the connection between presidents and political parties can also be seen from the backgrounds of the candidates. Only four of the 19 people who ran for president from 1949 to 2007 came from outside the political arena. The first was Joseph Klausner, who ran against Chaim Weizmann in 1948.Weizmann himself was not a politician per se, at least not in the partisan sense of the word. However, he was considered one of the main leaders of the Zionist movement and is credited with decades of activity in the political-diplomatic arena. A historian and literary scholar, Klausner, who was supported by the Herut party, was one of the founders of the Hebrew University of Jerusalem. Two non-political candidates ran against each other in the 1973 election: Prof. Ephraim Katzir, a scientist, was the candidate of the ruling Labor Party, while Prof. Ephraim Elimelech Urbach, a philosopher and scholar of Judaism, was the candidate of Gachal and the National Religious Party. Katzir beat Urbach and was elected president, becoming the only one of Israel's nine presidents who came from outside of politics.

In the 1978 elections, Menachem Begin, who was then prime minister, supported the candidacy of Prof. Yitzhak Shaveh for president. Shaveh, a nuclear physicist, was barely known, and his candidacy for president made many members of the Knesset uneasy, even within the ranks of Likud, until he withdrew from the race three weeks before elections. Five years later, in 1983, Prof. Menachem Elon, a renowned historian, scholar of Jewish Law, and Supreme Court Justice, ran for president as the coalition's candidate. He lost the very close race, which resulted in victory for the opposition candidate Chaim Herzog. Elon was the last presidential candidate in Israel who did not come from the world of politics.
The remaining 15 presidential candidates were all from the political world. The candidates included members of Knesset, former members of Knesset, and activists from other public arenas.

Dan Shechtman's candidacy, if it actually materializes, is likely to be seen as a novelty even though it is not a first. It is interesting to note that Shechtman, like the other non-political candidates mentioned above, is also a professor. Thus, the academic world serves as the second most important source of presidential candidates, after the political arena.

A Club of Old Ashkenazi Men?

An analysis of the demographic characteristics of the 19 presidential candidates and nine Israel presidents indicates that most of them share the following features: they are male, Ashkenazi, and over 60. In terms of gender, not only have all nine Presidents of Israel so far been male, but the only female presidential candidate was Colette Avital in 2007. Dalia Itzik, in her capacity as Speaker of the 17th Knesset, replaced President Moshe Katsav for a period of time in 2007, after Katsav announced that he was not able to continue fulfilling his duties in light of the criminal investigations against him.

Only two presidents—Yitzhak Navon and Moshe Katsav—were of Sephardi descent, while the rest were of Ashkenazi descent. If we include presidential candidates in this calculation, only one more candidate of Sephardi origin is added: MK Shaul Amor, who was the Likud candidate in 1998. The average age of people who were actually elected for president is 67; the average age of all candidates is only slightly lower and is closer to 66. Only three presidents began their presidency before the age of 60: Ephraim Katzir and Yitzhak Navon at 57, and Moshe Katsav at 54.

Background and Characteristics of Israeli
Presidential Candidates and Presidents

Based on the above, it can be said that Dan Shechtman’s candidacy is exceptional in terms of the fact that he comes from outside politics, but he shares the other common characteristics with most of the former presidential candidates. A number of additional names have been mentioned by the media as possible contenders for president in the upcoming elections: Minister Silvan Shalom (Likud), Knesset members Reuven Rivlin (Likud) and Benjamin Ben-Eliezer (Labor Party), former minister David Levy, former minister and chairman of the Jewish Agency Natan Sharansky, and former MK Dalia Itzik. All of them are either past or present politicians, a fact that emphasizes the centrality of the political arena as the main source of presidents in Israel.