The establishment of the Trajtenberg Committee was a significant and substantial step in the social justice movement; however, many found the Committee’s recommendations to be disappointing. While the Committee presented an accurate analysis of Israel’s social woes, it failed to provide innovative answers to these problems, choosing to recycle past agreements rather than forging a path towards a more just society. In this op-ed, IDI Senior Fellow Dr. Momi Dahan shares his views on the Committee's recommendations. 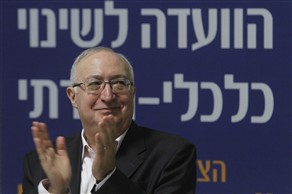 The social protests that erupted this past summer succeeded in changing Israeli discourse. Social justice and the welfare state, once ideas discussed only by a handful of Israelis, suddenly became the ideology of hundreds of thousands. But the success of the social protest is not limited to the change in consciousness that it brought about. The social protest also made the continuation of the taxation policy championed by Prime Minister Netanyahu over the last years into something that is completely inconceivable; thanks to the social protest, the economic policy that cut back public services in order to finance tax breaks for Israel's wealthiest people was rendered illegitimate.

The young people in the tents highlighted the injustice of slashes to education, housing, and welfare assistance for Israel's poor in order to increase the income of Israel's richest citizens. The responsible young citizens in the tents asked the irresponsible older generation: how dare you widen Israel's social-economic gap at a time when Israel has been soaring to  the top of indexes that measure inequality among the world's developed countries?

The protest also forced the government to establish the Trajtenberg Committee. While the Committee performed a correct analysis of the problems, it sanctified the old arrangements that served as solutions. Unfortunately, the Committee failed to rise to the occasion presented by Israel's youth. While the Committee correctly concluded that Israel's social infrastructure for education, and health and welfare services has cracked and is in need of repair, it embraced the current fiscal policy that limits government spending on those very services. Whoever argues that it was reduced public expenditures that enabled Israel to weather the economic crisis, would do well to recall that low government spending in the U.S. and Ireland did not shield those countries from the economic storm. What contributed to Israel's economic stability was its relatively low budget deficit, and this must remain unchanged. The Committee erred when it failed to adopt a new budgetary rule that would increase public expenditures while maintaining a small deficit. That is the right combination of social and fiscal responsibility.

The Committee also made a mistake in submitting a somewhat bloated collection of policies reminiscent of Israel's un-democratic Arrangements Law. It is worth noting that the Arrangements Law itself prevented the implementation of some sound policies now recommended by the Trajtenberg Committee, such as free early childhood education, and abolishing the framework of tax reductions. Instead of issuing a limited number of significant steps, the Trajtenberg Committee essentially gave us another outdated Arrangements Law, with all its flaws.

Even the reduction in defense spending, which the Trajtenberg Committee cited as a main source of funding for a variety of measures, is reminiscent of an "old world" tactic. This approach raises the question of whether the proposal to institute free early childhood education and a host other social proposals will go up in smoke if the military succeeds in avoiding a budget cut, as it has in the past and is liable to do once again since there is instability in the region.

A second source of funding singled out by the Committee has the code name "from the budget." This apparently refers to a hidden budget reserve, which was successfully concealed from elected officials and which has now been miraculously revealed. In other words, the Trajtenberg Committee is cooperating with the old system of a non-transparent budget. We must not agree to fiscal policy based on subterfuge. Young Israelis are demanding not to be fooled any longer, and rightly so.

The Committee's report does not fundamentally change the rules of the game in a manner that will narrow the widening gap between the priorities of the public and the government's economic policy. Its recommendations are disappointing because the Committee chose to travel along a tired old route instead of forging a new one in the direction of a more just society.

Dr. Momi Dahan is a Senior Fellow at the Israel Democracy Institute and Director of Hebrew University's School of Public Policy.