The terms of the Gilad Shalit swap presented Israel with a conflict between the interests of an individual and the interests of the collective. In this op-ed, which originally was published in Hebrew in the weekly Makor Rishon on October 21, 2011, IDI Vice President of Research Prof. Yedidia Z. Stern discusses the factors that contribute to Israel's extreme sensitivity to captives, warns of the dangers of choosing the individual over the collective, and calls for steps to be taken to ensure that Israel will have firm guidelines for action that will protect its national interests if such a situation arises again in the future. 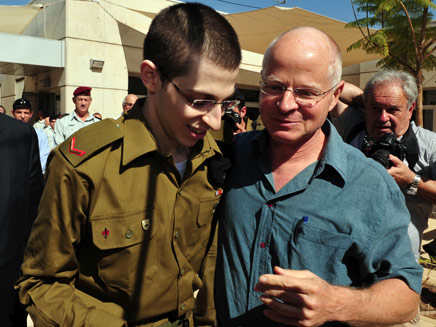 The imposition of mandatory military service on the citizens of Israel reflects a broad social consensus to an ethos in which individuals must risk their bodies, their freedom, and even their lives for their country. This consensus is clear to all Israelis because it is necessary for realizing our collective national interest. When our parents enlisted, when our children enlisted, and when we ourselves enlisted, we put ourselves in personal danger because of our desire to do what is best for the national interest, just like Gilad Shalit did when he enlisted.

Usually, the choice between private interests and the national interest is not played out in the public spotlight. The other soldiers in Gilad Shalit's tank did not choose their fate; they sacrificed their lives in the interest of the nation without being asked to make an informed decision at the decisive moment. When a soldier is taken captive, however, a special situation is created—an ongoing situation in which the dilemma of choosing between the individual interests of the captive and his family, on the one hand, and the interests of the nation as a whole, on the other, is presented to the public and its political leaders, who must come up with a thought-out position regarding priorities.

It is appropriate and acceptable for the state to take bold action in order to redeem captives if such action complies with the national interest. Israel did that in Entebbe and succeeded (although Prime Minister Netanyahu lost his brother) and Israel did that for Nachshon Waxman and failed (although his terrorist kidnappers were killed). These actions, like the Second Lebanon War, show that Israel is ready to sacrifice a great deal in order to redeem its captives. We are most fortunate that this is the reality. The populist claim that Israel's failure to return its prisoners—whether Ron Arad or Gilad Shalit—proves that Israel abandons its captives, is pure folly. A country that wants to survive, however, must realize that redeeming captives is not an absolute value; it is forbidden to sacrifice important interests of the collective in the name of this noble goal.

Israel's excessive sensitivity toward captive—as evidenced by the Jibril deal of 1985, the Tannenbaum deal of 2004, and now the Shalit deal in 2011—is a real danger to national security. It creates an image of a society that can be extorted and that has no backbone. The other residents of our neighborhood see it as an affirmation of Nasrallah's theory that the alleged Israeli superpower is actually "weaker than cobwebs." From Libya to Iran, our neighbors compare the Palestinian "tzumud"—the relentless attachment to the land—with Israel's concern for its captives. The conclusions that they reach are dangerous to Israel strategically, since Israel's deterrent capability, which is damaged by this comparison, is a key security asset and elixir of life in an environment rife with threats.

Moreover, Israel's excessive sensitivity to captives entrusts Israel's national mood and public agenda to any terrorist group that succeeds in taking any one of the seven million citizens of our proud country captive. Our own sensitivity transforms the tactical question of how to return captive soldiers to their homes into a strategic issue—one that receives vast resources that are irrational from a national perspective.

How did we get to this situation? The current reality is a result of a combination of three factors: deep Jewish-republican fissures, liberal-individualistic preferences, and media interests, which are among the hallmarks of our era.

From the Jewish perspective, we carry within us a deep-seated moral sensitivity that has resonated within us ever since Abraham, the father of our nation, heard that "his brother was captured" and immediately enlisted to save him, against all odds. Our sages have instructed us that "there is no commandment greater than the redemption of captives" and the Code of Jewish law has ruled that "every moment that one delays in freeing captives . . . is considered to be tantamount to murder." The story of the Exodus from Egypt—the foundation story of the people of Israel—is a story of a release from captivity to freedom. And the imperative to redeem captives can be derived from the Torah's simple command: "Do not stand idly by the blood of your neighbor."

From a liberal perspective, Israel's attitude toward Gilad Shalit represents an intensification of the individual sentiment that places the individual at the center of existence. Gilad is seen as the son of each and every one of us, not as a soldier in the service of the state. It is sad to discover that the main opponents who have been speaking out against the deal are the families of terror victims, as if the matter is a personal issue in which there is a conflict between the Shalit family and the families of victims of terror. Individualism is the life's blood of an achievement-oriented society, but giving it exaggerated importance can pose a significant and tangible threat to the nation's ability to act.

In terms of the media, the considerations that informed its coverage are clear: Telling a human story is always more attractive than presenting abstract considerations of national responsibility. A mother's tears are a great promo. The future victims of the terrorists freed in the Shalit deal—and who knows how many "living dead" are walking among us—are not known by name; accordingly, they are of no value to the media.

As a counterweight to all of these considerations is a diametrically opposed national interest: The popular struggle for Gilad Shalit is a tangible expression of Israel's ethic of camaraderie, which has not faded or withered. The return of the soldier is a moving show of the mutual care and concern between the members of our society. But while I acknowledge the value of such concern from the depths of my being, I believe that the current result—the Shalit deal—is a strategic mistake.

Now that the Shalit saga is over, we must take steps to ensure that there will not be a repeat performance. We must sign a binding social contract that will delineate how we will preserve the national interest in future cases in which captives are taken. The findings of the Shamgar Committee must be published and subjected to rigorous public debate, and the heads of the security systems for all generations must sign off on the resulting conclusions. These leaders must undertake to stave off public opinion in the future, in one voice, and protect us from our dangerous sensitivity. This will help ensure that if similar situations arise in the future, the government of Israel will be able to resist the pull to act based on considerations of human compassion, popular ratings, or solidarity—considerations that are understandable, but which are mistaken, as they undermine our society in such cases. Although captivity is worse than death, we must all agree that a sovereign state is responsible first and foremost to the collective rather than to the individual.

Professor Yedidia Z. Stern is Vice President of the Israel Democracy Institute and Professor of Law at Bar-Ilan University.

A Hebrew version of this op-ed was originally published in Makor Rishon on October 21, 2011.