The principle of proportionality is not always taken into consideration within the discourse relating to privacy and state sanctioned online surveillance. Different jurisdictions and legal systems use explicit or tacit proportionality considerations by deploying various procedural, institutional and technological safeguards in the context of communication networks surveillance.

A workshop, held at the Israel Democracy Institute, examined the development and application of measures designed in national and regional legal systems to ensure the proportional execution of communication networks surveillance by the relevant surveillance authorities, with a particular focus on the notion of proportionality employed, the different proportionality options considered in the course of policy making (and its role in facilitating right limitation by policy makers), difference in regulation of surveillance by police and other security agencies and the actual lessons learned from practice.

The first part of the day focused on comparative perspectives as to the use and application of the proportionality principle in the legislative frameworks governing online surveillance in Australia, Canada, Germany, Korea, the United Kingdom and the United States.

In the second half of the workshop, some of the speakers addressed issues relating to broader international perspectives, in particular to the privacy law of the UN HRC, and to the level of privacy protection conferred upon non-citizens. 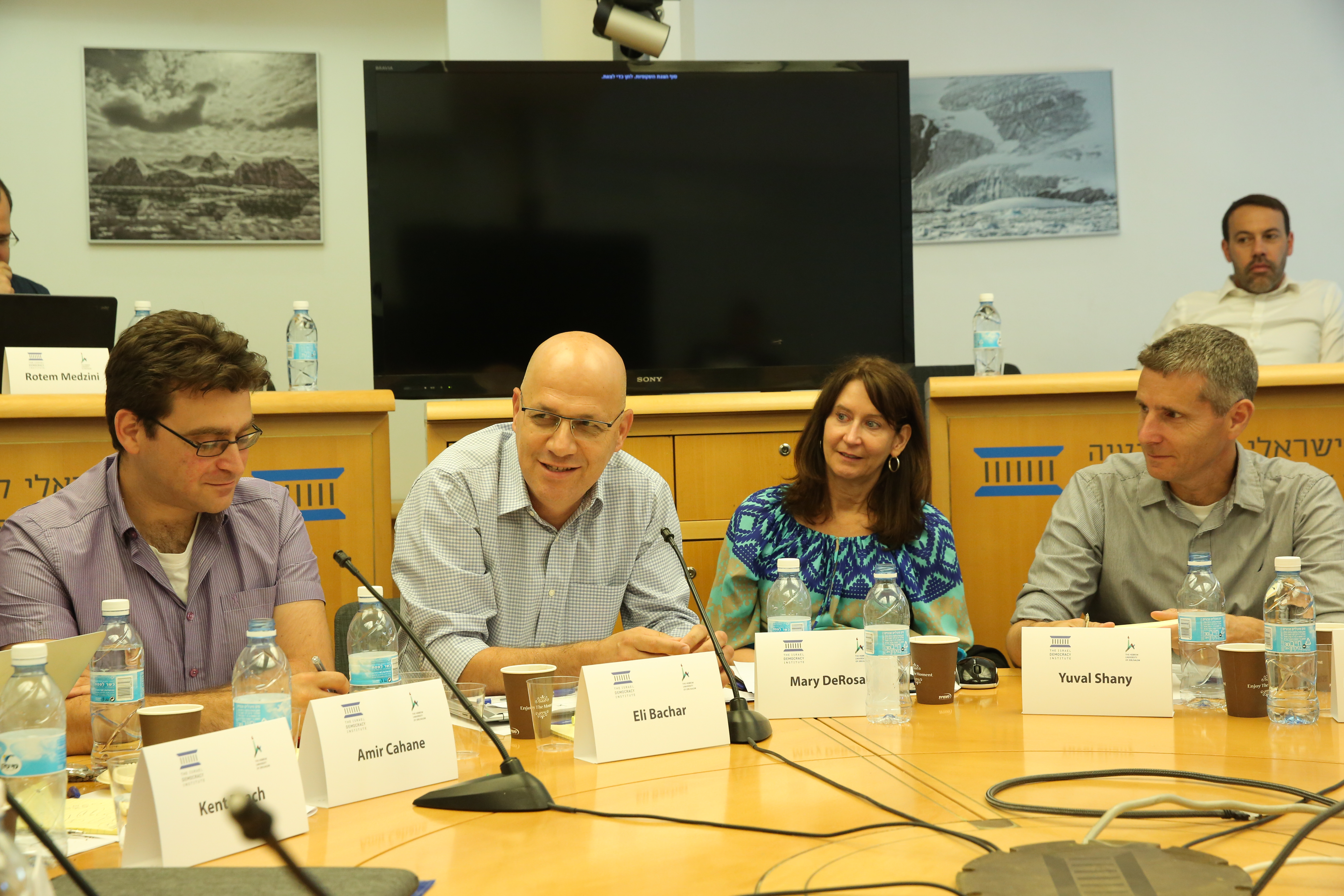 Tags:
Civil Liberties,
Governance,
Regulation of the Media,
Security and Democracy,
Democracy and technology,
freedom of expression,
freedom of information,
media and politics,
Proportionality in Public Policy,
Center for Democratic Values and Institutions