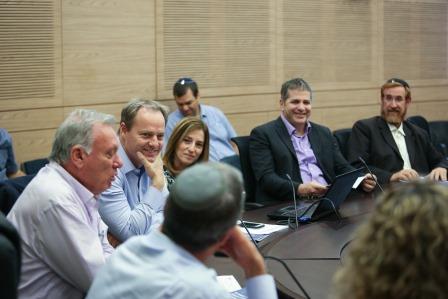 According to Dr. Chen Friedberg, our MKs are busying themselves with making fleeting headlines, wasting time and resources.

IDI research found that Israeli MKs present more private legislation than in any other parliamentarian system in the world. It was also found that the Knesset is not able to properly monitor the government.

At the caucus, Dr. Friedberg offered IDI recommendations for enhancing the work of the Knesset by growing the ability of MKs to monitor the government and reducing the number of private bills that can be presented.

Download Dr. Friedberg's PowerPoint, which was presented at the event>>

Tags:
Center for Governance and the Economy