A large number of proposals are currently being debated on for changes to the legal system, which are expected to shift the existing balance between Israel’s various branches of state. To ensure that the desire to amend the legal system will lead only to its enhancement and strength, rather than to its destruction, it is vital that any proposed reforms are implemented only after an in-depth examination of their potential negative consequences. To this end, the Israel Democracy Institute is holding a conference at which the proposed changes and their implications will be extensively discussed.

The first part of the conference will present the main proposals that constitute the mooted reform, such as the override clause, changes to the composition of the Judicial Selection Committee, and restrictions on the right to legal standing. It will also examine the implications of these proposals for Israeli democracy and for the delicate balance between the different branches of government, with a particular focus on the override clause and on the proposed changes to the Judicial Selection Committee.

The second part of the conference will address the implications of the proposed reforms for human rights, civil society organizations, and for Israel’s relations with the international community.

Presenters and participants at the conference will include academic and legal experts, senior figures in civil society organizations, politicians, and other public figures.

The conference will be live-streamed here 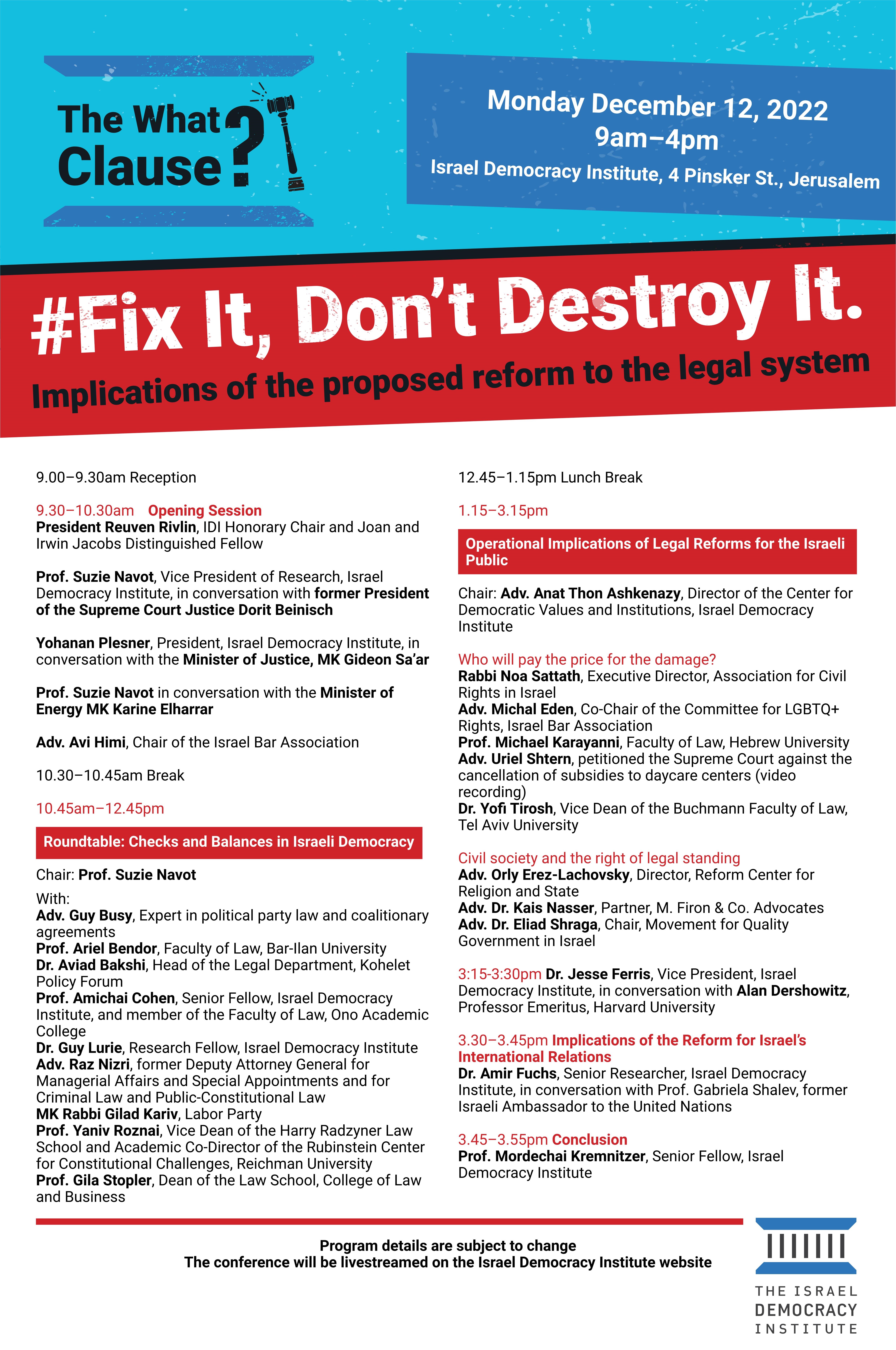