The Israel Democracy Institute’s special conference today (December 12th) focused on the implications of the proposed judicial reforms that have been proposed by members of the incoming coalition. 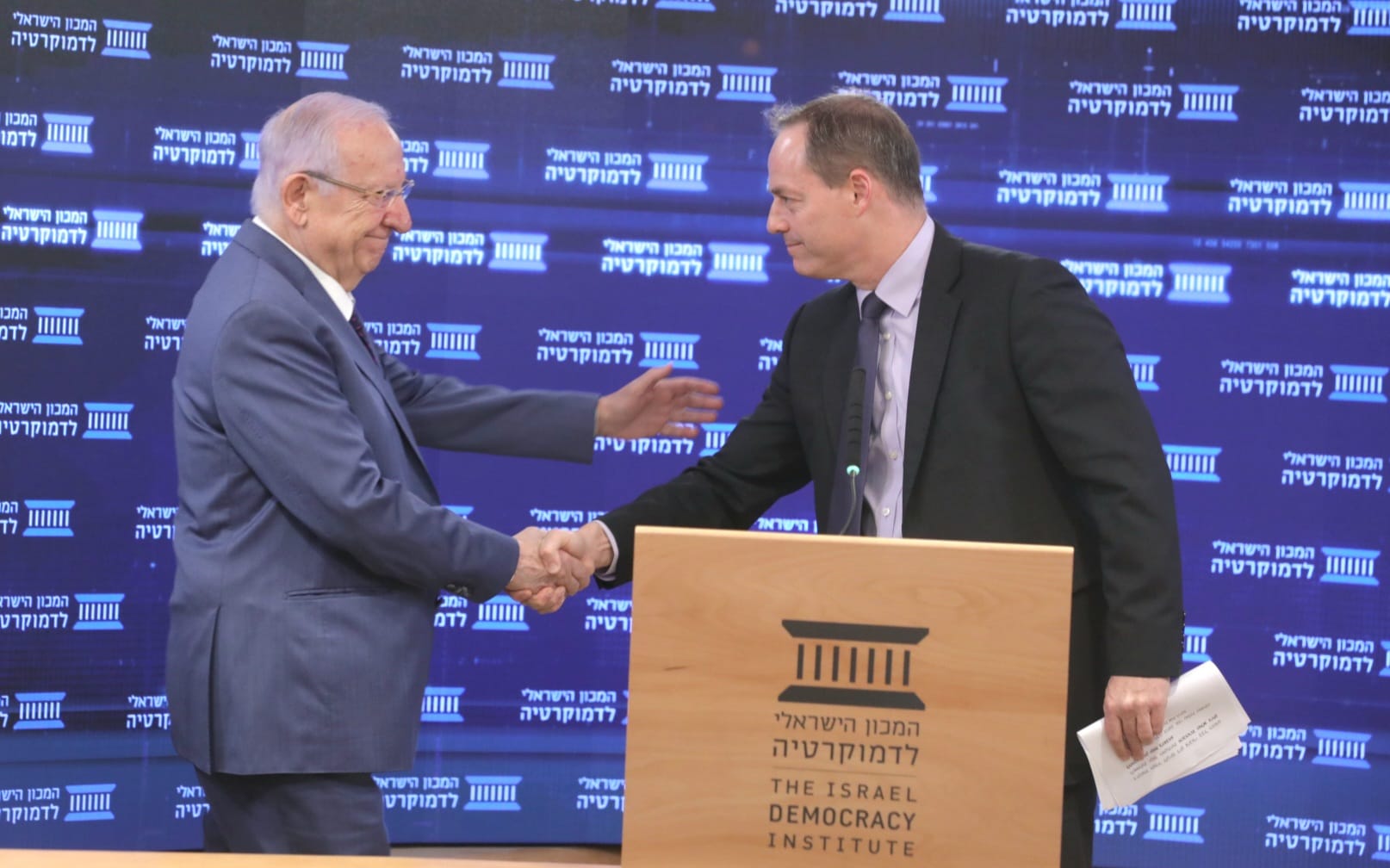 A large number of the proposals currently under debate are expected to shift the existing balance between Israel’s various branches of government. To ensure that reforms to the legal system will strengthen it rather than harm its independence, it is vital that proposed reforms are implemented only after an in-depth examination and assessment of their potential negative consequences.

The conference focused on the proposed changes and their implications.

President Reuven Rivlin, IDI Honorary Chair and Joan and Irwin Jacobs Distinguished Fellow – “Every democracy needs reforms and balances between its branches, but the proposed reforms focus on overriding instead of seeking balance…  Each of the proposed reforms deserve serious consideration, but the problem is, among other things, in the rhetoric and tone, that reek of revenge. A line has been crossed away from a serious and respectful criticism of the Supreme Court to denial of its very legitimacy.”

‘Governance’ does not overshadow everything else. Concentrating all the power within the political system, in the name of governance is a very dangerous thing.”

Yohanan Plesner, President, Israel Democracy Institute – “In the coming weeks we will have to face the most significant threats Israeli democracy has seen in recent decades. We have before us an accumulation of constitutional initiatives that if all passed, could undermine the system of checks and balances between the branches government and between the government and the citizen.”

The issues on the agenda concern the nature of the state and the basic rights of each and every one of us. Their realization will lead to the concentration of all governing power in the political system - and more so - in the coalition that holds a majority in the Knesset.

The public did have its say last month at the polls, but a test of support for each of the emerging initiatives, carried out as part of the Israeli Voice Index, revealed a fairly clear picture that does not indicate a fundamental change in trend compared to the past.”

Minister of Justice, MK Gideon Sa’ar - “Unfortunately, the need for a historical compromise was not sufficiently understood. We have reached a point where we can no longer reach this compromise through our elected bodies. If the currently proposed reforms will pass, we’ll reverse them when we return to power. It would be wise to attempt to reach a broad agreed-upon public and political consensus. If such a proposal were on the table, I would support it, no matter my position at the moment, because I think it’s necessary.” 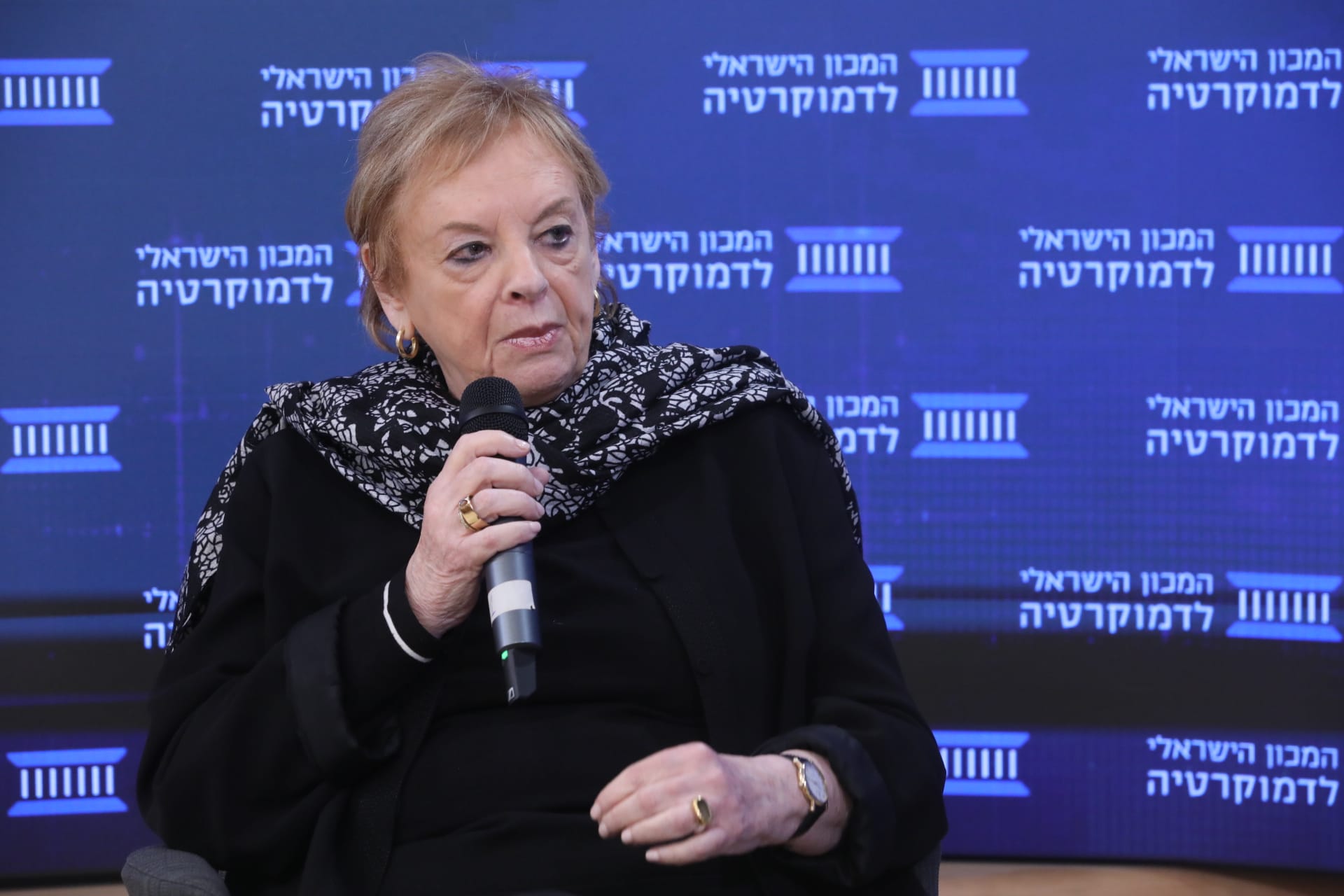 Former President of the Supreme Court Justice Dorit Beinisch – “There is tension built into the relationship between the professional authorities. What is important to say is that each legal method - and this concerns our entire discussion - reflects a social, political, public background and develops within its own framework, according to each country's method."

Beinisch added – “The Supreme Court is not political even when its members hold different opinions. The considerations are legal interpretations. The public is not aware that the Knesset is able to change legislation after every court decision. There is no need for an override clause.”

We were established as a liberal democracy made up of three branches of government. You can’t copy selection of judges from one legal system and the override clause from another. Each country has its own legal culture and here there is only one issue at heart: changing the system, preventing and hindering its independence, and in fact, harming the country’s citizens.

Minister of Energy MK Karine Elharrar – “I would take the overriding clause off the agenda. This is folly, it will bring about the tyranny of the majority. Every sector of Israeli society can be harmed. Anyone who sees it as protecting them - it can turn against them. Our legal system is built of delicate checks and balances."

Adv. Avi Himi, Chair of the Israel Bar Association - "The D9 (bulldozer) threatens the complete destruction of every good part. We have reached a situation where “they” want to change the system of governance, to abandon all universal values, to flatten our entire basket of values, to instill the values of he (Itamar Ben Gvir) who led the rampage and hung a picture of a murderer (Baruch Goldstein) in the living room of his house."

Adv. Raz Nizri, former Deputy Attorney General for Managerial Affairs and Special Appointments and for Criminal Law and Public-Constitutional Law - "For years now, my position is that the most important and urgent step is the enactment of a Basic Law: Legislation that including the strengthening override clause of 65… What has happened in the last 20 years - as a whole, the judicial system opposed it, and the numbers that speak to that – we see the number has dropped from 80 to 61. In addition, it cannot be disputed that trust in the system has also decreased... In the spirit of the World Cup, the jurists need to stop playing "bunker", and the politicians need to stop attacking everything. A broken walking stick will not help a lame person, and therefore a complete law should be made, which would include the recognition of the authority of the High Court to invalidate laws by a special majority and a special composition, the importance of the Knesset's explicit recognition of this should not be taken lightly. On the other hand, such a law should also give authority to the Knesset on certain issues to overcome it with a majority of 65... A unilateral judicial revolution should not be met with a unilateral political revolution.

Dr. Aviad Bakshi, Head of the Legal Department, Kohelet Policy Forum - "We are not facing a revolution, but a healthy evolutionary development. We are not returning a situation to the way it was before – only half-way back. The beginning of the override clause is an “Amen” (blessing) statement about the constitutional revolution and setting limits to this revolution. The most profound and fundamental change is reform to the method of selecting Supreme Court justices, in a way that the political representative choose. We looked at all 36 OECD countries, in 31 of which most or all of the judges are elected only by elected officials. In this regard, this is the most fundamental change that is required and not the proposals discussed here, which talk about a variation that the Minister of Justice will appoint the representative of the Bar Association. The override clause is less needed. Changing the method of electing judges has been percolating over the years and there is an urgent need, as well as the need to determine the limits of the jurisdiction of judicial review.

MK Rabbi Gilad Kariv, Labor Party – “The biggest mistake of the previous government was the failure to promote the Basic Law: Legislation, which is a much-needed reform. In my opinion, this reform should always involve the expansion of the Bill of Rights, the basic laws and the armor of a basic law: human dignity and freedom.”

Kariv added – “The purpose of the reform in the Ministry of Defense is to speed up the annexation, to blur the complex legal reality in Israel, to create a reality in which there are two governments operating in the territories. The establishment of an annexation office within the Ministry of Defense is not only a disaster for those who believe in a Jewish and democratic state, but a disaster for the Israeli justice system."

Alan Dershowitz, Professor Emeritus, Harvard University - "There are reforms that are beyond the pale of acceptability, like that one and there are reforms that are reasonable. I would disagree with some of them but they’re reasonable within a democracy. In the end in a democracy the people decide, and yes, object to judicial review and strike a balance between the elitism of judicial review and the populism of democracy, which is something we’ve been struggling since the Greeks and Socrates. So don’t expect to solve it this decade or even by Israel’s 100th anniversary. It’s always going to be a work in progress.

And the key is, to keep your eye on the ball of equality, of human rights, of dignity, of the basic elements that make Israel a wonderful country and also, a difficult country." 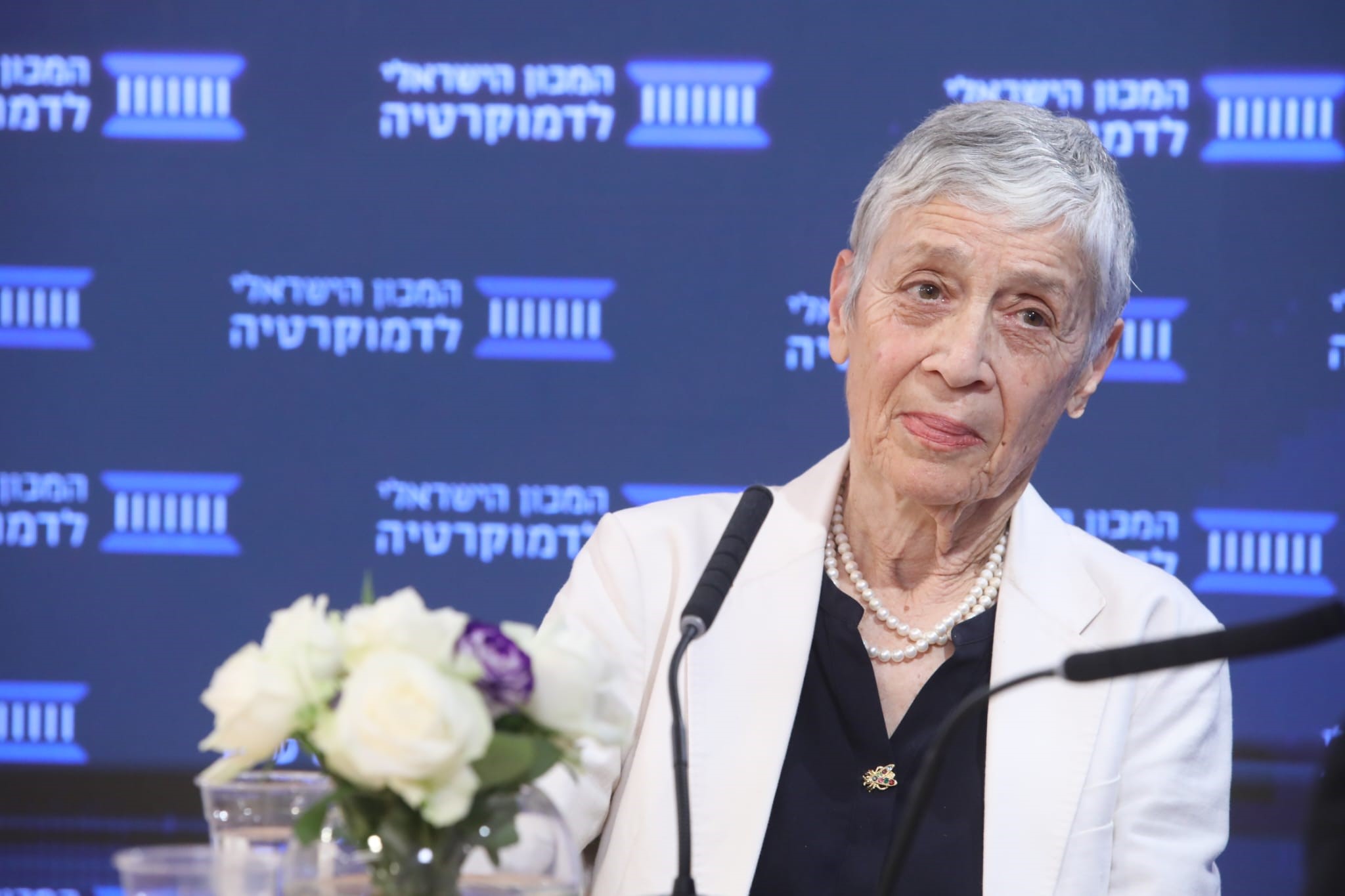 Prof. Gabriela Shalev, Former Israeli Ambassador to the UN - "I think that if these changes are implemented – all together, as a package – will further diminish our standing in the UN because we love to present ourselves as a democratic and enlightened country… The situation can worsen in the coming years. There is the General Assembly, the Security Council, the International Criminal Court the UN organizations in Europe, in Geneva and the Hague. The Palestinians have petitioned there and there is no doubt, as Prof. Dershowitz noted, we expressed pride in our Supreme Court’s independence and morality. At every opportunity – Operation Cast Lead, the Goldstone Report – I said that Israel conducts its own internal investigation, first by the IDF and then there is the Supreme Court. They (the judiciary) helped us by showing that if and when there was inappropriate action, they investigated. This is how we prefer to see ourselves. The State of Israel and Declaration of Independence… We did everything we could to uphold the reputation of our independent, professional Court, both towards the ICC and to the United States as well."

In the first part of the conference the main initiatives that have been proposed, such as the override clause, changes to the composition of the Judicial Selection Committee, and restrictions on the right to legal standing were presented. Implications of these proposals for Israeli democracy and for the delicate balance between the different branches of government, with a particular focus on the override clause and on the proposed changes to the Judicial Selection Committee were discussed.

The second part of the conference addressed the implications of the proposed reforms for human rights, civil society organizations, and for Israel’s relations with the international community.