The research found 10 functional and legal structural failures, including:

Therefore, while the Chief Rabbinate is suggesting three cosmetic changes—increased use of technological aids, transferring the employment of the kosher supervisors to religious councils and appointing them to oversee kosher supervisors who are employed by the businesses, and transferring the setting of kosher standards to the Rabbinate (something that cannot currently be implemented administratively or by Jewish law) – they are like giving cups of spirit to the dead.

In order to grant better, cheaper and friendlier kosher certification, we must privatize the kosher certification system, break up the Chief Rabbinate’s monopoly, and rely on the unwavering market of 70 percent of Israeli Jews in the state who eat kosher food.

Highlights of IDI’s proposal for administrative arrangement and privatization of the kosher certification market:

This proposal would terminate the Chief Rabbinate’s detrimental monopoly and open up the possibility for alternate kosher certification bodies to operate transparently. It will also professionalize the kashrut industry and its staff and save a lot of money that is currently being wasted on bureaucracy.

The survey was conducted by Ariel Finkelshteyn and Dr. Shuki Friedman through IDI’s Center for Religion, Nation and State. 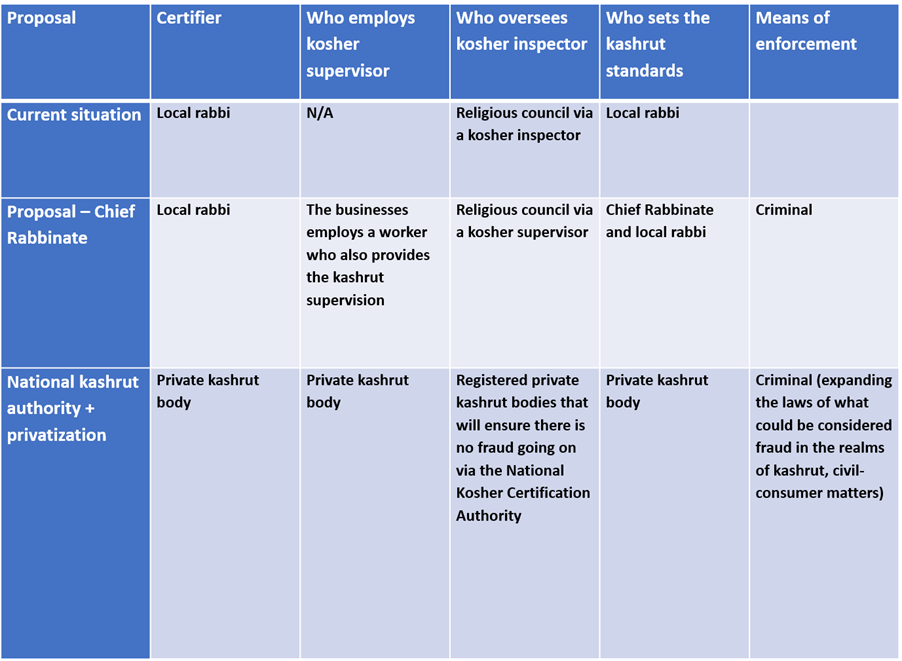