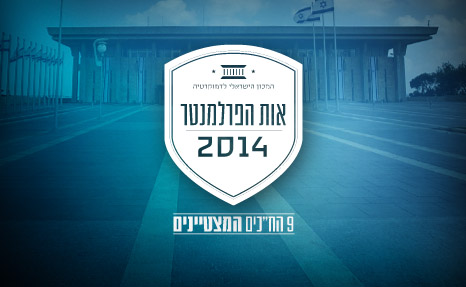 As the Knesset began its winter session, IDI released the names of nine candidates for the 2014 Outstanding Parliamentarian Award, based on their parliamentary performance in the previous session of the Knesset.

The two final recipients of the award—one member of the coalition and one member of the opposition—will be chosen in November by a special committee headed by Justice Theodor Or, the former Deputy President of the Israeli Supreme Court. The award ceremony itself will be held on Tu Bishvat, as part of the celebrations of the day on which the Knesset was established.

The nine finalists are (in alphabetical order):

Data collected by an IDI research team has revealed that these nine MKs were the most active MKs in the previous session of the Knesset. Among the criteria considered for eligibility are the number of speeches given in the Knesset, the number of bills passed, participation in Knesset committees and more.