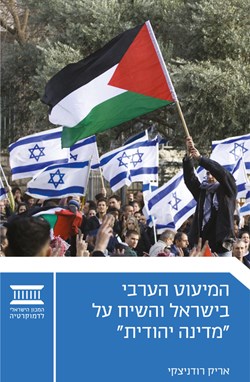 The Arab Minority in Israel and the “Jewish State” Discourse

An analysis of Arabic-language texts and literature that explores the position of Israel's Arab minority on Israel’s definition as a “Jewish state” or a "Jewish and democratic state." Are these definitions acceptable to them? If not, what alternatives do they see?

The question of the Arab minority’s position on Israel’s designation as a “Jewish state” has been on the public agenda for a number of years. Israel’s demand that, as part of a permanent settlement of the conflict, the Palestinian leadership recognize Israel as a “Jewish state,” and the various bills submitted to the Knesset that would enshrine Israel's status as a “Jewish nation-state” in law, have met with fierce and consistent criticism by the Arab political leadership and intellectual elite. Public opinion polls indicate that objections to the term “Jewish state” have caught on throughout the Arab sector.

Several fundamental questions follow from this situation: What do Israel's Arabs citizens see as the practical implications of Israel's designation as a “Jewish state?” Do the objections to this definition stem from ideological considerations or pragmatic concerns? Do the Arabs reject the definition of “Jewish and democratic" that is prevalent in the Israeli public? What are the Arab sector’s positions on the right of Jews to self-determination in Israel? What alternatives to “Jewish and democratic” are proposed in the Arab sector? And what sort of state would Arab citizens of Israel like to see?

Building on a deep study of Arabic-language texts and literature, this book exposes readers to the fierce debate about these fundamental and complex issues that is taking place in Arab society in Israel. This controversy is another milestone in the development of the Arab national discourse in Israel.

Arik Rudnitzky is a doctoral student in the Department of Middle Eastern Studies at Bar-Ilan University and Director of Projects for the Konrad Adenauer Program for Jewish-Arab Cooperation at the Moshe Dayan Center for Middle Eastern and African Studies at Tel Aviv University. At the time of the writing of this book, he was a researcher at the Israel Democracy Institute.

The volume was published under the auspices of IDI's Nation State project, which was directed by Prof. Anita Shapira.

This publication was made possible by the
generous support of the Goldhirsh Foundation.