Dr. Ofer Kenig discusses the multiple ways in which the United States has facilitated the voting process in order to improve voter turnout, and suggests that Israel adopt a number of these innovations. This op-ed originally appeared in the Jerusalem Post. 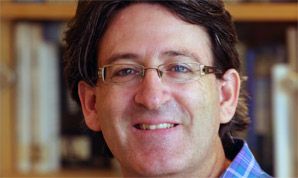 Political participation is the lifeblood of every democracy. To a large extent, modern democratic nations derive their legitimacy from their citizens’ participation in elections.

As such, a decrease in voter turnout sends warning signals regarding citizens’ diminished trust in elected officials, politics and democratic institutions.

With all the high drama surrounding the general election that will be taking place in the United States on November 8, the race for the presidency is also teaching us about innovations in the voting process that aim to reduce the “cost” of casting ballots. The hoped for result is that more citizens will exercise this fundamental democratic right.

It’s well known that voter turnout in the US is among the lowest in established democracies. The conventional explanation is that American citizens must register first, before being able to vote. In contrast, most other democratic countries, including Israel, have no such requirement. Citizens of these nations do not need to go through any prior procedure in order to vote. Several studies point to a strong correlation between prior registration requirements and low voter turnout. It is estimated that over 20 percent of the US’s adult population – approximately 50 million citizens – did not register to vote in 2012. Among those who were registered, less than 65% actually voted, meaning general voter turnout in the 2012 presidential election was only slightly over 50%.

As a result of these disconcerting numbers, more and more US states in recent years have begun taking steps to increase voter turnout, by expediting the registration process. For example, 37 states now allow online registration, while 11 more make it possible for citizens to register at polling stations on election day. This procedure significantly reduces the amount of effort citizens must exert to exercise their constitutional right to vote. According to an analysis of the 2012 presidential election’s results, the percentage of voter turnout in states that had adopted this procedure was over 10% higher.

Some states allow citizens to cast their ballots prior to election day, in a procedure called early voting, so as to boost voter turnout. Thirty-four states currently allow early voting. Six additional states allow it only in cases where voters are able to provide a satisfactory excuse as to why they cannot vote on election day.

As a result, even though the election will officially be held on November 8, it is in fact already well under way. More than 20 million Americans have already voted.

Three US States – Oregon, Washington and Colorado – recently went a step farther in their efforts to simplify the voting process. These states instituted voting by mail. In this method, ballots are sent to citizens approximately three weeks before election day. After choosing the candidate of their choice and placing the ballots in signed envelopes, citizens then have the option of either returning their votes by mail or dropping them off at local collection points.

Finally, the US also allows citizens to vote from abroad. Americans living overseas may apply for absentee ballots and then vote from wherever they are residing.

Although voting rates among overseas Americans are fairly low (approximately 12% in the 2012 general election), US citizens overseas who wish to exercise their right to vote have the ability do so without having to bear exorbitant costs.

Does the voting process in Israel encourage maximum participation? On the one hand, the fact Israel does not require prior registration removes a significant obstacle. In addition, the Knesset has been working over the years to enable people to vote even if they cannot get to their assigned polling stations.

As a result, polling stations have been placed in hospitals, womens’ shelters and even prisons, to name just a few examples.

On the other hand, there are still relatively few options for Israeli citizens to exercise their right to vote. Most citizens may only vote at their assigned polling stations, whose location depends on a registered voter’s permanent address.

However, this voting method makes it difficult for certain segments of the population to get out and vote since they don’t necessary live at their registered addresses. A bill to solve this problem by instituting a procedure for registering addresses solely for voting purposes is scheduled to be discussed during the next Knesset session.

Two other measures would make it easier for Israelis to vote. First, early voting.

Second, allowing Israeli citizens living abroad to vote. As things currently stand, only state employees stationed overseas (staff members of diplomatic missions, emissaries of the Jewish Agency, etc.) have the right to vote from outside of Israel. It is only proper that the law be amended so as to allow Israeli citizens who happen to be living abroad for a limited time but who still consider Israel their primary place of residence to cast their ballots.

Modern democratic nations have an interest in streamlining the voting process so as to make it more accessible. In an era when more and more activities are becoming easier to execute via the Internet, we should also simplify voting.

Focusing on greater voting accessibility will strengthen democracies around the world.

The author is a researcher in the Israel Democracy Institute’s Political Reform project.