In an op-ed written in response to Rabbi Shlomo Aviner's declaration that women are forbidden to serve in the Knesset, IDI Vice President of Research Prof. Yedidia Stern discusses the struggle between the integrationist and isolationist trends within Religious Zionism and calls on the silent majority to present a spiritual-religious alternative to the "Hardal" way of life. 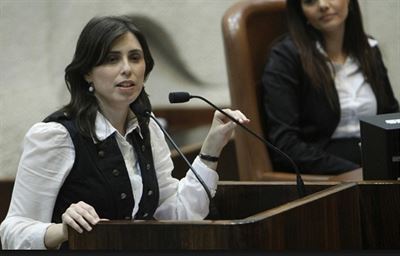 Rabbi Shlomo Aviner, one of the most important rabbis of the Religious Zionist community, has stated that it is forbidden for women to serve in the Knesset because it is a breach of modesty. As he sees it, the public exposure that is involved in political life is not reconcilable with the religious principle of "all the honor of the king's daughter is within," which mandates more private roles for women.

It would be easy to discount this statement by Rabbi Aviner as a bizarre assertion that is disconnected from the reality of Israeli life, since religious women are currently jockeying for positions on the lists of many parties, both religious and non-religious, and there is no concern that any of them are going to withdraw from the race because of the rabbi's proclamation. At the same time, however, this statement should not be taken lightly, as it is indicative of an intense battle over the soul and future of religious Zionism. This community is torn between two contradictory trends, which are both strong and aggressive. One advocates integration in general society, while the other promotes isolation and segregation.

Although this conflict is taking place within one specific sector, it has ramifications for Israeli society as a whole, as the Religious Zionist camp has been the most vibrant and significant sector in Israeli society in the last decades regarding ideological issues. The knitted skullcaps and colorful head coverings are in the very center of the debate about the character of the State of Israel, and grapple with questions about the nature of the public sphere, the contents of the statute book, the status of the institutions of the state, the borders of the state, and more. They abandoned their role as mere "kashrut supervisors" long ago, and replaced it with a proud perception of themselves as revolutionaries who are destined to lead the nation.

But who is teaching their children? More and more Religious Zionist schools are being guided by an isolationist world view known as "Hardal" (an acronym for "Haredi Leumi" or Nationalist Ultra-Orthodox). Charismatic rabbis who shape the ideology of Religious Zionist youth champion isolation from Israeli society because they see the liberal world on which Israeli society is based as a threat and spiritual danger. The religious educational networks are promoting moderate Haredism, while abandoning the classic values of religious Zionism.

The struggle between the integrationist and isolationist trends within Religious Zionism is well illustrated by Rabbi Aviner's most recent assertion. The discourse of modesty that he is championing illustrates the fact that the Hardal community is turning its back on a basic, accepted value in Israeli society and within Religious Zionism: equality between the sexes. Army service for women is seen as inappropriate. Women's singing has become grounds for refusing military orders. And modest attire for women has become a hot topic within the religious community, where stringencies vie with each other for first place. Indeed, when the cultural initiative to separate the sexes comes to full maturation, the next generation of Religious Zionist women may not want to be Knesset members at all, like their sisters in the ultra-Orthodox community.

Not all the rabbis of Religious Zionism ascribe to the Hardal world view, and not all religious people accept the authority of rabbis regarding issues that are extra-halakhic. The silent majority within this sector must adopt a spiritual-religious stand that serves as an alternative to the Hardal position. The struggle over the lifestyle of the next generation is still underway. When Religious Zionist parents choose educational institutions for their children, they must ask themselves if their own lifestyle is seen as appropriate by the teachers who will be educating their children. If the majority remains passive today, half of the sector—the women—will have to make the painful choice between religious life and a full life.

A Hebrew version of this article was published in Yedioth Ahronoth on October 25, 2012.